On New Day Saturday, CNN weekend anchor Christi Paul and fill-in co-host Martin Savidge gave a forum to Dr. Inger Anderson of the UN Environment Program to give an alarmist view of the world climate's future as she predicted that global warming caused by humans would lead to catastrophic consequences in the form of increased natural disasters.

At 6:25 a.m. Eastern, Savidge recalled that millions of climate activists are protesting around the world in the leadup to a Monday climate conference in Madrid. He soon noted the UN report claiming that there is currently a "climate crisis" that is approaching a "tipping point." Savidge:

SAVIDGE: In Washington, actress Jane Fonda led another protest as part of a series called "Fire Drill Fridays." Thirty-eight people were arrested during those demonstrations. All of this comes as a new United Nations report finds the current climate crisis is pushing us to a global tipping point. Scientists warn that it could be too late to prevent temperatures around the world from rising to near catastrophic levels.

Co-host Paul jumped in to further hype: "Whether it's extreme heat, pollution, wildfires, intensified flooding or droughts, the data is showing us the current situation is getting worse by the day."

After introducing the show's guest for the segment, Paul then began by posing: "So there's this new report in the journal, Nature, that shows growing evidence to suggest these changes we're seeing re irreversible, and that it's happening specifically in nine locations. What are those locations? And what is happening?"

For you climageddonist friends this Christmas:

1. Define the “correct” temperature range for the planet.

2. Define the “correct” humidity range for the planet.

3. Define the “correct” mean sea level for the planet.

4. Define the “correct” amount of precipitation for the planet.

5. Define the “correct” makeup of the atmosphere.

6. Define the “correct” amount of sea ice at the N/S poles.

7. Define/explain past glaciation and subsequent warming without any input from humans.

Trump is pretty much the only thing standing in the way of this BS ruining our lives.

Oh My! Does this mean Guam is going to capsize again?

In my 67 years of breathing so called dinosaur air, I have not seen any significant weather changes. I have seen cyclical multi year patterns, that have already recycled twice.

However, doomers have been decrying “future weather catastrophes”, since the date of Israel’s nation status. To that, we have doomers of ice from the ‘70’s.

That is 71 years of doomers. Enough alreeady!!

Control the Sun and you can control the climate on earth.

Everything else is folly.

What so F’ing stupid about these people is it would just take a couple of volcano eruptions to cool down the planet considerably. These climate worry warts are beyond contempt in my book.

I would ask questions that are easier for the politicians to understand.

1. How much will it cost to fix climate change?

3. What is the plan to fix climate change?

4. What is the risk mitigation plan if the fix doesn’t work?

5. Why are carbon credits part of fixing climate change? 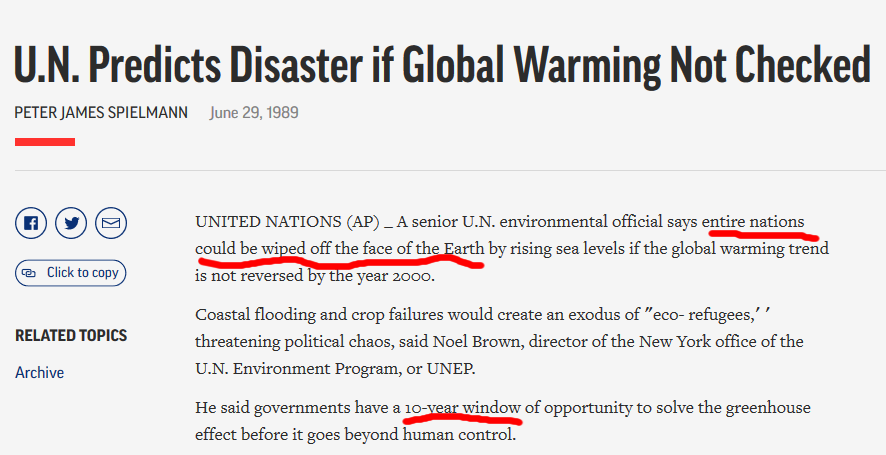 Telecom must not control the news

Say something, do something— don’t be a complacent subscriber

I’ve solved the climate change argument in our household, We don’t turn on CNN or MSNBC. Seems to be mostly working.

Hi. Re volcano ... mass measureable amounts of methane gas is surfacing along the Cascadia Fault line off Oregon’s coast!!