This Explains Their Censorship: Twitter’s “Director of Trust and Safety Council” -Jen Clarke – Is...
The Gateway Pundit ^ | December 1, 2019 | Jim Hoft

In November we were notified by numerous readers that Twitter is once again censoring The Gateway Pundit page during the Schiff show trials.

If you type in Gateway Pundit our website is censored.

Gee what could explain this continued censorship of conservative voices?

Maybe it has something to do with the “Director of Trust and Safety Council” Jen Clarke.

Nic Monroe did come digging and found that Jen Clarke is a rabid left-wing radical. 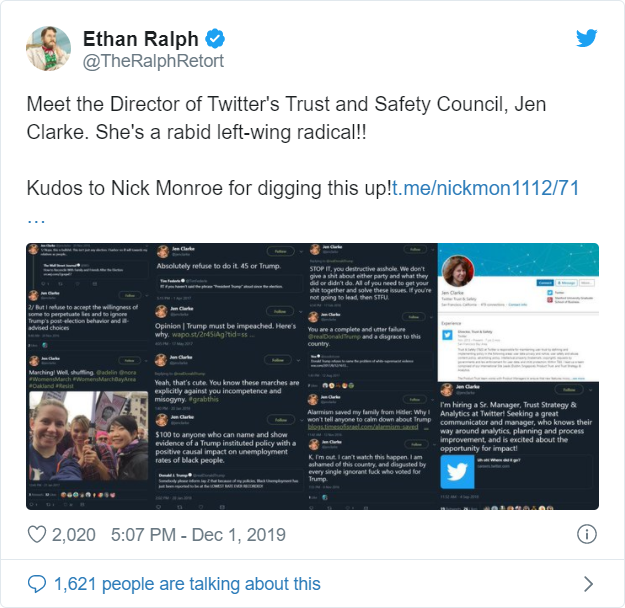 Word that Twitter is run by leftists has just reached the Hoft Boys Blog.

Is she a Brit or something other than US born?

Jenn Gennai was an Irsih lass ...

So Jen Clarke, Twitter’s censoring lass
Just would not let a right wing thought pass
She is some special slime
So we think it is time
That someone puts a boot up her *ss