won’t have far to bus in voters either 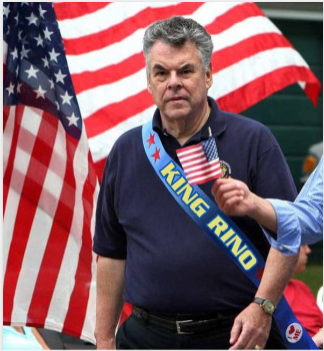 King will have his ample a$$ on K-street before long

Ain’t that the truth?

Lots of republicans on Long Island. But this is not good at all.

He was as bad as a ‘Rat some times anyway

Trump won this CD 2016. Hopefully he carries whoever the R nominee is to a win.

Maybe there is actually a conservative who can run for a change.

You know Congress hasn’t done zip since the beginning of the Obama administration. Right now all the rats are looking to leave the ship because they know at some point the you know what is going to hit the fan.

I predicted D+40 starting in September 2018 - and I got called all kind of names here for doing it.

The party is disappearing all over the country. Hopefully to be replaced by an honest right wing nationalist party. But we are in for some tough times as we go through the change.

Good. We’d have a party that actually defends Americans. GOP disappearing is part of that change.

You can’t drain the swamp without purging your own party first.

If the SocialDemocrats gain control of the Presidency and the Senate along with the House there will be no resurrection of Conservatives as a party. The Courts will not help because the SocDems will begin batch lot impeachments of judges and Justices. The Constitution as “amended” by the new USSC will not mean anyhing any more. They will be making up for lost time. The Revolution was to have been complete in 2016.

...rallying behind Trump for now...

As they say in Little Italy, he’ll be a “good earner.”

As they say in Little Italy, he’ll be a “good earner.”

Shaking my head while agreeing.....he’s worthless anyway....he ran hot and cold. Hope Ronna McDaniel and the RNC are getting good Conservatives to replace these RATS that are abandoning ship......but I ain’t holding my breath.

“You know Congress hasn’t done zip since the beginning of the Obama administration.”

Well that is true for GOP congresscritters. The Maoists have certainly done a lot, all of it destructive to The Republic.

The reasons why the GOP makes such a big deal about the courts are 1) that way they don’t have to do anything themselves, they can shift all the heavy lifting/blame to black robed oligarchs, and 2) the know that most GOP voters are so gullible they will fall for the bait.