Well-known climate alarmist and retired actor/director Robert Redford continued his assault on President Trump on Friday by calling the GOP official “one unqualified authoritarian” whose “depraved indifference to the climate crisis” does not define “Americans' commitments or the character of our nation.”

“The clock is ticking so loudly” that “the rest of the world can hear it,” he stated. “With enough outrage, enough action and enough voices rising together, we just might have a chance to compel a reversal of this nonsense.”

His opinion article was posted on CNN's website, where Redford claimed that "millions" of people were "shocked" by Trump's "short-sighted foolishness" in pulling America out of the Paris climate agreement.

The actor noted that the President’s choice to make that change on the first day available under U.N. rules “simply reveals his immoral dedication to isolating us from the world community by willfully ignoring the biggest, most urgent threat facing human civilization.”

The activist held on to the hope that a new president in 2020 could make his "first order of business" a re-entry into the climate change accord.

Redford added that “we shouldn't even be facing this horrible reality.”

In contrast to Trump, Redford had high praise for cities like Salt Lake City, Utah that have tried become "100 percent powered by renewable energy,” saying they reflect, "hundreds of mayors and governors who have made transitioning to clean energy over the next 20 years their priority.”

As you might expect, Redford added a caveat to his victory lap: “I only wish it were enough” to solve the global situation.

“I'm not sure if [my proposal] will work,” the liberal activist stated, “but I know without question that we will all suffer if we don't try.”

Oh Robert, you’re such a hoot! 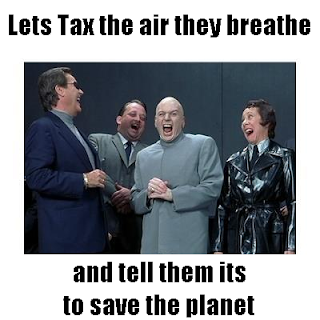 Thanks to: Erik Latranyi for the above

Billions of tax dollars wasted every year to line the pockets of corrupt cronies. We could have built colonies on the moon and mars by now a dozen times over with the resources wasted on this and the wars on drugs and poverty

Robert Redford: This is perfect. Why didn’t we think of it sooner? This town still has some charm left, not the mess we turned Park City into.

Phyllis: Forgive me for being observant, but, won’t we just end up doing the same thing to this town?

Robert Redford: Yes. And the town after, and the town after that. Like termites, we will move this film festival from town to town until we have used it up. And then move on, until every quiet mountain town is like Los Angeles.

Phyllis: Why? Why would we do such a thing?

Robert Redford: Because we have to live in L.A. And if we can’t live in quiet, simple, peaceful mountain towns, then nobody will! [Laughs maniacally] Waitwaitwait. Zoom in to a close-up of my face when I do that. Ready? Then NOBODY will! [the camera moves in as he laughs maniacally again] That’s it.

Redford, you really need to go to China and India and preach about how bad they are for the “environment” and “climate change”...Go spend all your time over there...Or do they not have the luxury living you’re accustomed to while you spout...errr...talk about the climate...

You know he is serious because without question you can bet he gets around on a horse and carriage and sails when he has to go to Europe and makes electricity free movies. RIGHT?

If globalism, socialism and elitist authoritarianism are the proposed solutions to a given “problem”, I’ll take my chances with the problem.

open mouth and prove what you do non know nor understand. they dont know how unimportant their opinions are.

A person’s “environmental footprint” is directly proportional to the sum of the amount of money they earn and spend.

“Carbon credits” are fake, just like the “plenary indulgences” that the Catholic Church sold that caused Martin Luther to split.

Sounds like the onset of dementia - the same variety the Delusional Lying Left suffers from.

https://www.youtube.com/watch?v=7W33HRc1A6c
17 posted on 11/10/2019 9:12:28 AM PST by VideoDoctor
[ Post Reply | Private Reply | To 1 | View Replies]
Reverse climate change = Climate Geo-engineering which the "scientists" (David Keith) working on this has already admitted to killing tens of thousands of innocent people.


These people have lost there minds to point they're now dangerous.

Redford is an asswipe.