Twitter sleuths have noticed the name of the alleged whistleblower, Eric Ciaramella is in the official impeachment transcripts and has not been redacted.

It’s unclear whether the name was not redacted by accident.

Benny Johnson speculated that Democrats may have messed up “BIG TIME.”

Um – why is Eric Ciaramella’s name in the congressional Impeachment testimony?

Dems said they would redact the name of the “whistleblower.”

1. Ciaramella is not the whistleblower

2. Dems messed up BIG TIME & printed the name of the leaker in their own document pic.twitter.com/YrvUIwbt3y

U.S. Ambassador to Ukraine William Taylor told the lawyer that he did not know the person and had not had conversations with him.

But the fact that he was asked at all underscores what appears to be a longstanding strategy by committee Republicans to insert his name into the public record. The name of the individual ultimately was included in the transcript of Taylor’s deposition.

In subsequent depositions, Democrats have accused Republicans of trying to use the witness interviews as back-door channels for outing the whistleblower. Their fears have grown even more pronounced in recent days as several lawmakers—most notably Sen. Rand Paul (R-KY)—have threatened to subpoena and reveal the identity of the whistleblower. The president’s son, Don Jr., appeared to take things even farther, tweeting out an article from Breitbart on Wednesday morning naming the alleged whistleblower.

Because of course he did!!! Alleged ‘Whistleblower’ Eric Ciaramella Worked Closely with Anti-Trump Dossier Hoaxer https://t.co/v5kDe0X62u

Tuesday, mainstream newsrooms have been unified in their resistance to naming the whistle-blower, whose anonymity is meant to be protected by law, even as several niche outlets have published the person’s alleged identity in recent days.

On Monday night, Rand Paul implored the media, “Do your job and print his name.” On Wednesday morning, Donald Trump Jr. raised the stakes by tweeting the alleged whistle-blower’s name along with a link to a Breitbart article. “The outrage on this is BS. And those pretending that I would coordinate with The White House to send out a Breitbart link haven’t been watching my feed for a long time,” he told Yashar Ali.

In no time at all, the Drudge Report screamed, “JUNIOR OUTS THE WHISTLEBLOWER.” But even Drudge apparently is on the same page as the vast majority of the press: The splash linked to a cautious AFP article that kept the name offline.

Don. Jr. may not have been able to corner the mainstream press into a position where it had no choice but to acknowledge the information he was putting out into the world. But his tweet did seem to alter the landscape a bit.

For Lizard Lady on the left, it may mean she’s just thermoregulating.

He can have a few spies of his own to find leakers and saboteurs. Without Remorse has a nifty technique towards the end of the book that’s probably in actual use.

104 posted on 11/08/2019 6:23:31 AM PST by Eleutheria5 (If you are not prepared to use force to defend civilization, then be prepared to accept barbarism.)
[ Post Reply | Private Reply | To 95 | View Replies]
To: Alberta's Child
This is all just a political game aimed at undermining him as the President of the United States. And I'll repeat: It's probably legal from top to bottom.

Exactly like the Hunter Biden's activities are probably all legal. After all, Congress writes the laws that protect their own gravy train. 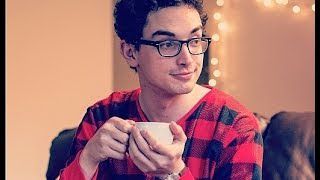 Yet Facebook has deleted all postings which reveal the name.

A picture is worth 1000 Years in a Hard Labor Camp. (AKA Sheriff Joe’s Pink Town in the Desert.) And those Treasonous demonratcommiescumbags will look stylish in the Prison Pink. Oh and the Cuisine is The Piece dí Bologna Served warm on White Bread, a Salad of Prickly Pear Strips served with a Dressing of Brown Scorpion Innards with a pinch of Cilantro and unlimited Saguaro Kaktus-Koolaid.

The highlight of the week will be a slow walk through the Delousing Showers at 06:30 to freshen them up for the Mandatory Nondenominational Church Service starting at 08:45.

People are finding myriad ways around that anyway.

Alex Soros? Is the whistle blower?

It’s my fault in posting this.

The pictures are of Alex Soros if my information is correct ... this time!

Name your hotspot on your cellphone, earbuds, and wi-fi routers some version of “Eric CIAramella”