A week ago, House Republicans complained that Democrats imposed excessive secrecy on interviews conducted as part of the drive to impeach President Trump. Now, the situation appears to have gotten worse.

Friday's interview of Marie Yovanovitch, the former U.S. ambassador to Ukraine, marked a new point — a low point, as Republicans see it — in Democratic efforts to keep impeachment information out of public view.

In this way: The two previous impeachment interviews, with former special envoy to Ukraine Kurt Volker and Intelligence Community Inspector General Michael Atkinson, were conducted in the format of what is known as a transcribed interview. Rep. Adam Schiff, who is running the Democratic impeachment effort, decreed that transcripts not be released to the public. At the same time, there were no heavily restrictive rules on what would happen should any member of Congress, acting from memory, reveal things that were said in the interview.

The Yovanovitch session was different. Democrats conducted the interview in the format of a deposition, which is different from a transcribed interview. One key difference is that there are serious penalties for lawmakers who reveal the contents of a deposition. Doing so would almost surely subject the offending member to a House ethics investigation.

All Republicans remember the price paid by Rep. Devin Nunes, who in 2017, as chairman of the Intelligence Committee, faced an ethics investigation based on a complaint from a Democratic-allied outside group alleging he leaked classified information. Nunes was later cleared of all the charges, but he had to distance himself from some committee activities as the investigation slowly proceeded.

Now, some Republican lawmakers express fear of Democrats siccing an ethics investigation on them if they reveal what took place in the Yovanovitch interview, even though none of what was discussed was classified...

Any impeachment shortcircuiting minority rights and due process are illegitimate.

Democrats have the prerogative to run it as a Star Chamber proceeding.

The Eternal Court Of History will smile and tear their verdict into tatters,

Helping their friends in the MSM sell fish wrappers and TV ads.

Where’s the impeachment vote? They have had the inquiry for three weeks plus and the whistleblower for the same amount of time. When are we going to see some action, not just talk, and talk, and talk, and talk. The democrats are letting us know, albeit unintentionally, that they never intended to impeach Trump, just talk about it. What a bunch of blowhards! The idea is just to implicate Trump in some wrongdoing without any evidence. Remember this when voting.

I really believe that they would rival Stalin, Hitler and Mao if they are allowed to do so.

Where’s a whistle blower when you need one? What is being said in those meetings?

Much of the story of this Ambassador has been reported, so why don’t we tell what we know. Let’s all get the info about her out in open space.

I read that she was a holdover Ambassador, loyal to Pres Obama and when Donald Trump became president she began to voice of dislike and even hatred for the new president.

Then I read that she presented to the old regime, the corrupt regime, a list of names that officials were

If we all get the truth out in the social media, it will be hard to hide as the Democrats want to do.

I wonder how it is the secret unnamed whistle blower has been receiving death threats.

The Democratic Congress is engaged in coup plotting—treason and RICO.

Time for the Justice Department to stop being Just Us and do something about it.

Not a deal-buster. The dims may have datapoints gleaned from these interrogations but they can’t do anything with them (same as the pubbies). At the point they try to do anything the pubbies are safe to regard that as “secret-mode off”.

My bet is that they have handfuls o nuttin...

It depends on who writes the history. As the left has controlled most institutions for decades, I am not so sure the truth will be heralded.

Silly rabbit. Only Democrats are allowed to lie under oath without consequences.

Secret trials that lack due process - where you’re not allowed question your accusers or hire a lawyer - are common in the kind of countries democrats want to create here...

This is not an “Impeachment Inquiry”. This is a Stalinist Star Chamber.

These “whistleblowers” are nothing but activists/terrorists coming in from the dark and going active. They are the lefts new heroes. 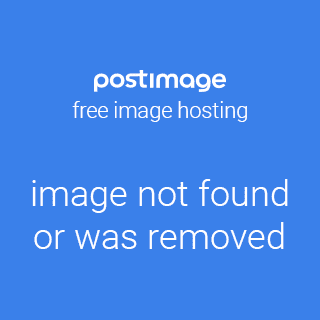