The white students gathered around the fire, speculating why parts of the book were not already engulfed in flames.

“It’s a hard cover!” shouts one male student in a video amid laughs as ripped-out pages burn, torn from a novel written by a Hispanic author who had suggested white people are treated differently in society.

That angered some students at Georgia Southern University.

In response to Jennine Capó Crucet’s talk on the Statesboro, Ga., campus Wednesday, where she focused her discussion on white privilege, students gathered at a grill and torched her novel “Make Your Home Among Strangers” — about a first-generation Cuban American woman struggling to navigate a mostly white elite college.

“What makes you believe that it’s okay to come to a college campus, like this, when we are supposed to be promoting diversity on this campus, which is what we’re taught,” one student said at the microphone, the paper reported. “I don’t understand what the purpose of this was.”

Crucet responded that white privilege was evident within the question itself.

Other students had a different reaction and used photos and videos to troll Crucet on Twitter. One student sent a photo of ripped pages to Crucet over Twitter.

“Enjoy this picture of your book!” a tweet captured by the George-Anne said. “Have a nice night, Jennine. :-)”

*** The university is not planning to discipline any students for the burning incident, said Jennifer Wise, a university spokeswoman.

“While it’s within the students’ First Amendment rights, book burning does not align with Georgia Southern’s values ***

Crucet said on Twitter another event scheduled for Thursday was canceled “because the administration said they could not guarantee my safety or the safety of its students on campus because of open-carry laws.”

TOPICS: Culture/Society; Government; News/Current Events; US: Georgia
KEYWORDS: education; georgia; pc; racism Navigation: use the links below to view more comments.
first 1-20, 21-40, 41-56 next last
Apparently they weren't buying what she was shoveling. This is one book burning I can fully support!
1 posted on 10/11/2019 10:40:42 PM PDT by KingofZion
[ Post Reply | Private Reply | View Replies]
To: KingofZion

The books were a good start.

MAN I would have loved to be there.

There is something in me that is against the burning of any book...While it is a similar action. I think I would have been more creative and just tossed it in the trash or buried it like a bad idea. Burning books is something the socialists do. I understand rejecting the premise totally...

Funny how she would rather play the victim here in the US rather than return to Cuba.

So it does work both ways?

[Apparently they weren’t buying what she was shoveling.]

But liberals are never wrong! Just ask them.

It takes a village or something.

How queer. Marilyn Manson spent the 1990s playing civic owned venues tearing up bibles, eating pages from them onstage. No outrage from the Left or public officials in those cities.

The homofascist pedrast from X-Men and LOTR boasted of tearing pages out of the bibles in hotel rooms.

I guess some books are more sacred than others.

Considering most of my Cuban friends from high school and college were as white as I am — Spaniards, really — I’d like to know about this woman’s racial background before drawing any conclusions.

Latin-American societies tend to be more racist than ours. The elites tend to be of Spanish or other European background.

Cuba before communism was drawing a lot of immigration, mainly from Spain, which had the salutary effect of “bleaching” the population.

The first waves of exiles tended to be from the more prosperous levels of Cuban society. Hence, the Cuban-American population has rather more Spanish blood than those remaining under the communist yoke.

And that surely has much to do with why Cubans have been so successful in this country.

I’m 62, and looking back on my youth in Miami, I can’t recall any friction between the Cubans and Anglos in my high school or college. They were our friends.

Of course, back then you didn’t have as many Leftist politicians and journalists pushing identity politics and trying to balkanize the nation.

for the Left, racial victimhood, racial preferences and racial pride are only supposed to go one way!

Guilt is the only emotion white students are supposed to feel.

Anything else is forbidden and definitely non-PC!

Following up my post 9 above, I think I found her picture online. I don’t know how to post it but ...

Just as I thought — Caucasian of Mediterranean type. Could go to old Spain and mix right in. Actually rather pretty.

But victimhood is a hot commodity these days.

I can tell you my Cuban friends from school didn’t have that kind of an attitude. But we’re all in late middle age now, soon to be oldsters. Just not “woke” nor having any hope of being “woke.”

“Woke.” Everything the left labels is the opposite of its true meaning.

Mental illness is the plague of our era.

Some of it is mental illness, a lot of it is willful embrace of evil.

I love a story with a happy ending, rules for radicals should be on their list

15 posted on 10/12/2019 2:04:26 AM PDT by ronnie raygun (nicdip.com)
[ Post Reply | Private Reply | To 1 | View Replies]
To: KingofZion
One of my long Saturday bike ride buddies is a local doc whose son attends GA Southern. He tells me it is one of the few conservative schools around.

That said, I can assure this "white hating author" that she is safe in Statesboro.

Good for them! About time there was pushback on all this anti-white crap.

Hm?....There is hope. Some students are in the “Walk Away” movement. 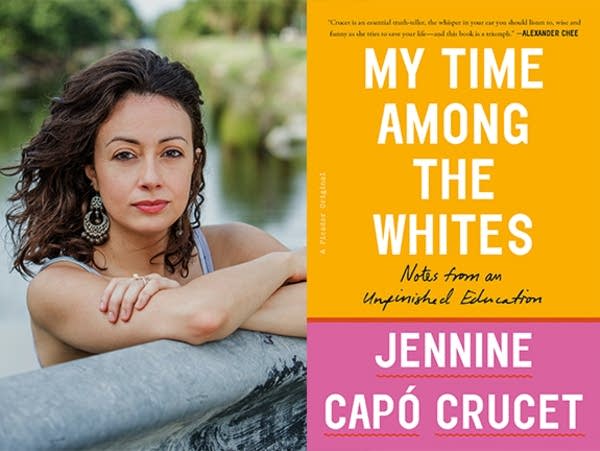 Also, ask George Zimmerman. The media and race hustlers invented the term "White Hispanic" overnight in order to smear him.

Historically, every genocide in human history had its roots in dehumanizing those of other races.

As a Cuban who is your contemporary, I concur with all you said. All my life, other Hispanics have been surprised when I start speaking fluent Spanish because they assume I am Anglo, and in fact my heritage is predominantly Spaniard. I was also raised to be proud of being the granddaughter of two “Gallegos”. Thank you for your kind words!