FBI uncovered 340,000 Clinton emails on Weiner's devices, new book claims Sent to Huma Abedin, Weiner's estranged wife, using hillaryclinton.com address They were found during a probe into Weiner's lewd messages to an teen girl DailyMail.com revealed in 2016 that Weiner had an online relationship with her The discovery, according to one agent, was like 'dropping a bomb' in a room But the emails fell through the cracks at the FBI because of the Russia probe James Comey probed Clinton's private email server days before 2016 election

A technician tasked with rifling through Weiner's iPad, iPhone and laptop in September 2016 found 340,000 emails between the Secretary of State and her top aide Huma Abedin, Weiner's estranged wife, with many using a hillaryclinton.com address.

The investigation into Weiner's devices began when DailyMail.com revealed that the disgraced congressman had an online sexual relationship with the troubled teenager for months and sent her lewd messages and pictures.

One agent in the FBI team compared the discovery of Clinton's use of a private email server to 'dropping a bomb in the middle of the meeting', James B. Stewart writes in his new book Deep State: Trump, the FBI, and the Rule of Law.

But the shocking discovery went ignored at the FBI because senior officials were 'overwhelmed' by the investigation into Russian meddling in the 2016 election, Stewart wrote.

Nobody at Quantico was taking action, so one agent went outside the chain of command and shared the allegations with New York prosecutors, which led to James Comey reopening the investigation days before the 2016 election.

Someone get us a 55 gal drum of bleachbit?

But did they DO ANYTHING about it?

I thought we were looking for something closer to 34,000 emails?

4 posted on 10/09/2019 10:33:46 AM PDT by ClearCase_guy (If White Privilege is real, why did Elizabeth Warren lie about being an Indian?)
[ Post Reply | Private Reply | To 1 | View Replies]
To: rktman
so one agent went outside the chain of command and shared the allegations with New York prosecutors

Betcha that didn't do anything for his/her future promotion prospects in the Fibbie...

Right.. The FBI deemed pursuing a Witch hunt against Trump more important than investigating the Wicked Witch of the East who perpetrated real and obvious crimes against America.

a lot of witnesses were killed as ‘nothing’
was done.

> But the shocking discovery went ignored at the FBI because senior officials were ‘overwhelmed’ by the investigation into Russian meddling in the 2016 election, Stewart wrote. <

Baloney!!! The FBI has over 10,000 special agents. Was the FBI so terribly overwhelmed that they couldn’t spare a couple of agents to investigate Hillary? Hillary was not investigated because the FBI did not want to investigate her. It’s just that simple.

I don’t believe this....HILLIARY had a hillaryclinton.com address??? Not buying that...heard of OTHER addresses but not that one! 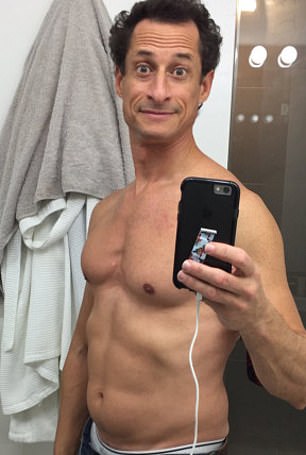 This is all bs put out by comey and his cabal.....comey and his crew tried to wait it out but got caught.....so they had to fake an investigation. To this day the lap top hang been searched.

“...But the emails fell through the cracks at the FBI because of the Russia probe ...”

Just like moslems in flight training not wanting to learn how to land “fell through the crwcks”. That was stupidity and incomptence. In the Clinton case it was deliberate and treasonous.

The FBI is totally corrupt.

Treason is the reason.

This is not complicated.

Hey, they only missed a zero!

Thanks Red Badger. When questioned by Congress about HIllary's missing emails, Robert Mueller replied, "I don't know who that is."

And she should be.