‘Hundreds’ Of Transgender People Want To Go Back To Their Birth Sex, Says Formerly Trans Woman
The Federalist ^ | 10/07/2019 | Joy Pullmann At age 17, Charlie Evans lived as a boy, binding her chest and shaving her head. A decade later, in 2018, she publicly stopped being transgender. In the year since then, she’s been contacted by “hundreds” of transgender people looking to do the same, she recently told the United Kingdom’s Sky News.

The people contacting her “tend to be around their mid-20s, they’re mostly female and mostly same-sex attracted, and often autistic as well,” Evans said.

In the past decade, the United Kingdom has seen a 4,500 percent increase (not a typo) in girls identifying as transgender. Brown University last year tried to repress the first major study looking into “rapid onset gender dysphoria” as a social contagion that seems to especially affect girls.

After a recent public talk, Evans says, a young woman with a beard approached her, saying she was also working to return to living as her birth sex. This young woman “said she felt shunned by the LGBT community for being a traitor,” Evans said. “So I felt I had to do something.”

Charlie Evans, who has detransitioned, tells Sky News she has been contacted by hundreds of people seeking advice.

Evans is starting a U.K. charity, the Detransition Advocacy Network, to offer support to people like Ruby, another young woman Sky News interviewed for its story on growing numbers of former transsexuals. Of her decision to stop being transgender after eight years of taking cross-sex hormones, Ruby says, “I didn’t feel like there was any support out there, other than like a few friends online.”

"I didn't feel that there was any support out there"

'Ruby' began to identify as male age 13, but now, 21, she has decided to stop taking testosterone and detransition.

“For everyone who has gender dysphoria, whether they are trans or not, I want there to be more options for us because I think there is a system of saying, ‘Okay here’s your hormones, here’s your surgery, off you go’. I don’t think that’s helpful for anyone,” Ruby told Sky News, a division of Comcast.

A nearby National Health Service location that specializes in transgender medicine “now ha[s] a record number of referrals and see 3,200% more patients than they did 10 years ago – with the increase for girls up by 5,337%,” Sky News reports. They see patients as young as age three for transgender treatments.

This sudden and explosive growth in transgender identification has happened in both the United Kingdom and United States. As Renee Gardner notes, “The first gender clinic in the United States opened in 2007 in Boston. An October 2016 article states there are now more than 60.” The state of Oregon now offers taxpayer-paid sex-change surgeries to children as young as 15 with no parental notification, and Oregon “health providers are immune from liability for acting against parents’ objections ‘in good faith.'”

A U.S. researcher recently did a study that confirmed at least two 13-year-old girls and five 14-year-old girls have been given double mastectomies as a result of identifying as transgender. Yet a recent review of the research available on this topic found that “Only a minority of children who experience cross-gender identification will continue to do so into adolescence or adulthood.”

“Almost every single person in the brief said they stopped being transgender with the help of therapy,” writes Nicole Russell in a review of the Supreme Court brief from formerly transgender people. “It didn’t just help them heal, but also revealed that deeper emotional traumas were often the cause of their gender dysphoria and the reason they chose transgenderism in the first place. All of the people claim that those who proposed or helped them transition often (unknowingly) created more pain.”

People looking for help in returning to a life that affirms their biological sex can find resources at SexChangeRegret.com, the website of Federalist contributor Walt Heyer, another former transgender person.

Here’s a subject we won’t be seeing a Netflix movie on.

People regret tattoos as well. Think long and hard before falling for a fad.

The Medical Profession needs to quit violating the Hippocratic Oath and STOP doing these surgeries.

5 posted on 10/07/2019 8:32:51 AM PDT by Buckeye McFrog (Patrick Henry would have been an anti-vaxxer)
[ Post Reply | Private Reply | To 1 | View Replies]
To: SeekAndFind
It is interesting that she said many trannies are autistic. I would assume many are narcissistic to a fault too.

Both are diagnosable mental disorders. Why would a physician ignore that when the request is made to do reassignment surgery?

No problem make them both sexes and they can dress how ever they feel that day.

7 posted on 10/07/2019 8:43:39 AM PDT by Vaduz (women and children to be impacIQ of chimpsted the most.)
[ Post Reply | Private Reply | To 1 | View Replies]
To: SeekAndFind
‘Hundreds’ Of Transgender People Want To Go Back To Their Birth Sex, Says Formerly Trans Woman

Clever Trannys, stick the taxpayers with two sex changes and assorted welfare and medical freebies and double up on protected class status as well.

Then they can go to the head of every privilege line in America.

The only fad I was forced into was the stupid leisure suits my mom made me wear back in the 70’s. And don’t forget the matching platform dress shoes!!
Oh the horror, the horror... 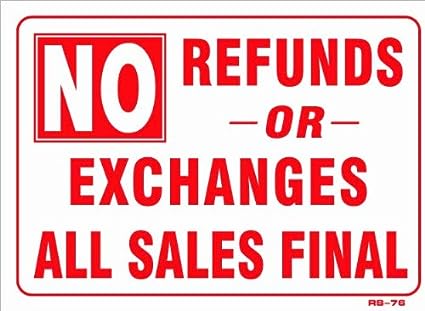 I actually feel sorry for the younger people that fall into this dysphoria. Usually begins at an age when natural gender hormones are kicking in....they are casting about for their role in their society and find that being trans is cool. A few years earlier it was being “gay.”

Some of us went through the “artsy” period during our teenage years. I played football for three years and my junior year I took off and did theater I sort of cringe looking back at the artsy period...but hey it was part of me...Never did think I was a girl. And the range of gender is quite wide. Men can be very “Neanderthal” to the “sensitive” poet, and women from “girly” girls to Tom Boys and still consider themselves within their gender.

I blame society for this sudden gender dysphoria among today’s youth. It is a first world problem as today’s youth does not have the responsiblities of trying to eck out a daily existence. When you have to scramble to find food and water, there really isn’t much time to play with smart phones and curl you hair in the mirror...

Actually I blame most of societies problems on professional tennis...it was then in the early 70s when gym clothing and tennis shoes...became acceptable attire for going out and about...That’s my theory and I am sticking with it...

There are a couple of South Park epis on the subject, iirc.

The libs go berzerk when women seek breast implants. Why don’t they insist that trannies have psychoanalysis before they have sex change procedures?

Am I the only one hopelessly confused by this article? What direction are these people trying to go? I’ve been victimized by LGBTXYZ terminology. I guess it doesn’t matter, they are trying to go back in the other direction, whatever it is.

She should sue the fashion designer who put her in Bruce’s dress.

Every one of the five or six studies I’ve read on gender dysphoria notes comorbidity psychoses in around 60-70% of cases.

This is confusing. At what point are they female? Now? Once? Then? When?