*This transcript was generated by a third-party transcription software company, so please excuse any typos.

On Thursday morning, Republican Senator Ted Cruz attended a breakfast gathering for the Christian Science Monitor where he warned, the Texas could absolutely be in play in 2020 now there’s a couple of quotes from Ted Cruz at that breakfast meeting that I want to read, and again, I have to go ahead and admit wholeheartedly I agree with most of what Ted Cruz says here and here it is.

I think the Texas election in 2018 is powerful foreshadowing for what to expect across the country in 2020 that is correct. The Democrats in Texas increased their turnout in more than 100% the far left has pissed off. They hate the president, and that is a powerful motivator. If the left shows up in massive numbers and everybody else doesn’t, that’s how we end up with an incredibly damaging election for the Republican party damaging election, and again, you’re right about that, but you’re wrong about it. Just being that we’re pissed off at the president. You see, that’s the thing I don’t think a lot of people grasp right now.

Cruz continued. If we lose Texas, it’s game over. 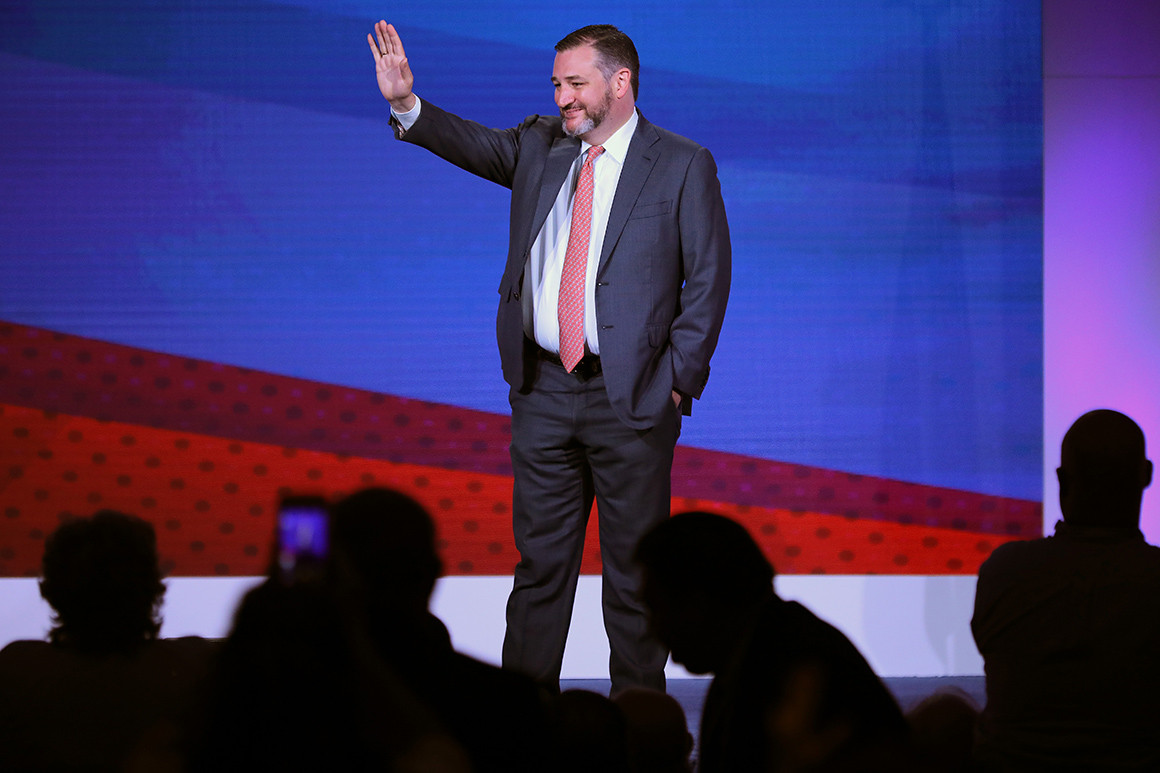 Ted, With all due respect, don't hoist your own foibles onto others. If you had been doing a few more things right and campaigned better, maybe you could have beaten Beto by more than 2% (Greg Abbot won TX by 17% btw) and Beto would have been thrown into the trash heap where he belongs.

Lyin’ Ted is just aching to be the leading man in the “Ted Saves Texas” movie.

They hate the president, and that is a powerful motivator.

Fear of being rounded up and murdered by Leftists is a powerful motivator too. Think that statement is hyperbolic? Look at the media acquiescence toward the violence of Antifa and the outright praise of that group by Leftists.

Wanna get Republican Texans to turn out?

I’m not suggesting ignoring what happened in 2018 but really, how about a bit of perspective?

In 2010 the Democrats took a far, FAR worse shellacking in the 1st midterm after Obama’s election. They lost 65 House seats a ton of Senate seats, Governorship’s etc. In total all across America they lost over 900 elective office seats. The reporting was that it was all over and the Dems would never recover, Obama would never get reelected etc.

Two yrs later Obama won and it wasn’t even close.

“Perhaps it was not wise to invite the state of California to overrun your state like a horde of locusts.”
*

Yeh,for sure. But, I’m not sure how we could stop them. The big mystery to me is; after experiencing the destruction of their states on the west coast and north east they relocate to Texas to get away from high taxes, drugs, feces, garbage, etc, and still vote democrat. Go figure. I sure as hell cant figure it out....

We could Ted.
When assorted illegals, communists, Muslims, and #blacklivesmatter thugs attacked the voters at Trump’s. Chicago rally...you blamed the voters and Trump.

A fair number of Texans are now thoroughly disgusted by you Ted, and you are too damned clueless to understand that that was wrong and you should have immediately apologized, explained why your statement was horribly wrong, and you should still be apologizing today. But you didn’t, haven’t, and you still don’t appear to see anything wrong with leftist voters physically attacking the citizenry for not voting their way.

Ted, there probably isn’t anyone else in the Republican party who would have fared as poorly as you did against Irish Bob.

Don’t give advice Ted. Just stay in the background until we find a replacement for you.

9 posted on 09/14/2019 9:19:07 AM PDT by MrEdd (Caveat Emptor)
[ Post Reply | Private Reply | To 2 | View Replies]
To: conservative98
Had then-candidate Ted done a few more things right and campaigned better, he could have beaten Beto by more than 2%
(staunch conservative Greg Abbot won TX by 17%). Beto would have been thrown into the trash heap where he belongs.

If nice guy Donald hadnt come out for Cruz (who mercilessly attacked Trump in the 2016 primaries), the results would have been far different.

2020 Beto was fueled by his close loss....which is also a travesty.

This was out there last time he ran but never surfaced in the campaign. BETO SLAPPED DOWN BY THE LEFT----Left-wing activists and liberal journalists
mocked “Beto” after he told Vanity Fair that he was “born” to run for president.
The left says he "reeks of white male privilege." (Excerpt) Read more at breitbart.com ...

Imbeciles like Beto, desperate for traction, makes it up as he falls farther in the polls....
The moron actually said police shoot blacks “solely based on the color of their skin”...with not a scintilla of evidence.
This we know: Beto is about two burritos short of a Taco Bell special....and we have proof.

Last time, there were Beto the Fake Hispanic tv commercials every third commercial. We never saw one for Cruz. That’s how to lose, Ted.

Americans have freedom of movement within the country. I guess Texas could have made itself a s-hole to keep them out. The horde causing the problem is not so much Cali-fruits as it is migrants from down south.

If Republicans lose Texas, they will be a minority party nationally for a long time.

He’s the one with Beck went to the border to welcome all the illegals who are now in the state of Texas, who are illegally voting. Chut your mouth Cruz.

Says he’s coming for our guns.

How desperate for power can Beto get? He’s willing to do AND SAY anything to get power and control.

A sap-happy Dem will savagely strip innocent patriots of their rights in order to feel “the thrill” of controlling people.

For the left, a little crotch action will always supersede the Constitution.

The left knows they can’t gut the 2nd ....so, in their infantile minds, a pile of dead bodies as an opportunity.

Without proof, they keep saying “words”, especially from a president they despise, are violence.....

The left fights hard for “rights” not even mentioned in the Constitution – abortion, health care, a “free” college education –
than those intrinsic rights specifically singled out for protection from government infringement in the Bill of Rights.

Patriots know these sub-human morons will stoop to any lengths and will regurgitate the most preposterous lies to advance their pathetic political ambitions.

But if Cornyn isn't primaried there will be a lot more nose-holding in 2020 in the Senate race. Cornyn's only plus is that Trump will be on the ballot to help haul his tired old RINO hide across the finish line.

What will YOU do about this Ted?

I agree with the general premise that Texas is in danger electorally. 100,000 illegals flooding into the country every month, they are staying in all the border states, plus spreading out all over the country. But Texas has to be absorbing a very large portion of this. Trump has to accept some of the blame because he had the opportunity and the authority to close the damn border down completely, and punted. It’s only a matter of time for Texas turning blue, it will be lucky to survive 2020.

Texas (and BA, FL, NC) are in play because Republican policies have been successful. Voters from Rust Belt cities are migrating to Red state jobs.

Nobody (at least in GA) is asking these new voters why there are no jobs in Democrat Rust Belt cities and plenty of jobs in Red states. The Republican Party (RNC, State and County) are not asking. Heritage, CATO, AFP are not reaching out beyond the choir. Tea Party and Trump supporters are all focused on the non-voters coming from outside the US.

Non-citizens are not the threat. Rust Belt voters who don’t undestand why they are in Red States need to be educated. Nobody is providing the service.

Lyn’ Ted fails to appreciate that Beto would have beat him in Texas without Trump dragging his sorry and ungrateful Canadian a55 over the finish line.