Again, another story that didn’t quite make it into the mainstream news’ narrative involving Jeffrey Epstein. In June of last year, decorated former Palm Beach detective Joseph Recarey died after a “brief illness” at the age of 50, and that’s basically all we know, but do a search for him and you’ll barely see anything in the mainstream media, or even alternative media about his death.

In 2018, The Palm Beach Daily News reported on his death, but there wasn’t much to report concerning the cause.

Joseph Recarey, a former Palm Beach detective who had a knack for making others smile, who tackled the island’s largest and most important investigations, and who cared deeply for his family and friends, died Friday, May 25, 2018, after a brief illness. He was 50.

Recarey was one of the most decorated police officers in the history of the department with more than 150 commendations, 11 officer-of-the-month awards and a 2013 Palm Beach Police Foundation Officer of the Year award, Reiter said. He worked in several units, including the Organized Crime Vice and Narcotics Unit and the Palm Beach County State Attorney’s Public Integrity Unit. He was a lead detective in many major investigations, including the high-profile solicitation-of-minors case against billionaire Jeffrey Epstein.

No other information about the cause of death was released.

In reading the account, it seems ironic that it is mentioned that Mike Mason, one of Recarey’s closest friends and a former Palm Beach police officer, said he “last saw Recarey on a recent Thursday. Recarey took off work the next day to spend time with his family.”

Now, the story was printed on a Friday, but I’m not sure if “recent Thursday” would apply to the previous day or possibly another Thursday in the past week or two.

Regardless, all we know is he had a sudden, brief illness and died as a result at the young age of 50.

Recarey was just one of two people willing to put his career on the line to go after Epstein. Palm Beach Police Chief Michael Reiter was the other man that joined him

The Seattle Times reported on the two men and the work that took place in the case and the revelations that Reiter and Recarey brought to light.

For Reiter, business tycoon Jeffrey Epstein wasn’t any more formidable than any of the other 8,000 or so wealthy and powerful people living on the island. Police had handled sensational cases involving wealthy residents before — from the murders of heiresses to the rape case involving William Kennedy Smith, of the Kennedy family.

The easternmost town in Florida, Palm Beach is a 10.4-square-mile barrier island between the Intracoastal Waterway and the Atlantic Ocean populated by some of the richest people in the country. President Trump has his “winter White House” in Palm Beach, and the town makes news as much for its glitz as it does for its unusual efforts to preserve its well-mannered image, like banning shirtless joggers.

But it was a little surprising, even to Reiter, to learn that one of its residents had a revolving door of middle and high school girls coming to his gated compound throughout the day and night.

In their first media interviews about the case, Reiter and Recarey revealed new details about the investigation, and how they were, in their view, pressured by then-Palm Beach State Attorney Barry Krischer to downgrade the case to a misdemeanor or drop it altogether.

The piece is worth your time to read, not just for the information the two men provided, but also regarding how they were being followed, their trash was disappearing and political pressure that was brought to bear on them, along with what they were discovering in terms of physical evidence.

“It became apparent to me that some of our evidence was being leaked to Epstein’s lawyers, who began to question everything that we had in our probable cause affidavit,” Reiter said.

The day of the search on Oct. 20, 2005, they found that most of Epstein’s computer hard drives, surveillance cameras and videos had been removed from the house, leaving loose, dangling wires, according to the police report.

But the girls’ description of the house squared with what detectives found, right down to the hot pink couch and the dresser drawer of sex toys in Epstein’s bathroom.

Reiter said his own trash was disappearing from his house, as his life was put under Epstein’s microscope. Private investigators hired by Epstein’s lawyers even tracked down Reiter’s grade school teachers, the former chief said. Questions were raised about donations that Epstein had made to the police department, even though Reiter had returned one of the donations shortly after the investigation began.

Recarey, meanwhile, said he began to take different routes to and from work, and even switched vehicles because he knew he was being tailed.

“At some point it became like a cat-and-mouse game. I would stop at a red light and go. I knew they were there, and they knew I knew they were there. I was concerned about my kids because I didn’t know if it was someone that they hired just out of prison that would hurt me or my family,” Recarey said.

Despite relentless political pressure, Reiter and Recarey soldiered on, and their determination yielded evidence that supported most of the girls’ allegations, they said. They had phone records that showed Epstein and his assistant, Kellen, had called many of the girls. Epstein’s flight logs showed that the calls were made when Epstein was in Palm Beach.

They obtained dozens of message pads from his home that read like a who’s who of famous people, including magician David Copperfield and Donald Trump, an indication of Epstein’s vast circle of influential friends. There were also messages from girls, and their phone numbers matched those of many of the girls Recarey had interviewed, Recarey said. They read: “Courtney called, she can come at 4,” or “Tanya can’t come at 7 p.m. tomorrow because she has soccer practice.”

There were also witnesses: Two of Epstein’s butlers gave Recarey sworn interviews, confirming that young girls had been coming and going at the house. One of the butlers, Alfredo Rodriguez, told Recarey that when he was tasked with cleaning up the master bath after Epstein’s sessions with the girls he often discovered sex toys. Once, he accidentally stumbled on a high school girl, whom he identified, sleeping naked in Epstein’s spa, he testified in a 2009 court deposition.

Rodriguez said he was given the job of paying the girls, telling Recarey that he was “a human ATM machine” because he was ordered by Epstein to keep $2,000 on him at all times. He was also assigned to buy the girls gifts. Rodriguez gave Recarey copies of pages from a book that Epstein and his staff kept with the names and phone numbers for many of the Palm Beach girls, Recarey said.

Rodriguez, however, held onto the bulk of Epstein’s “little black book,” and in November 2009 tried to sell it for $50,000 to an undercover FBI agent posing as a victim’s lawyer. He was arrested, and sentenced in 2012 to federal prison, and died three years later following an illness. The book — listing personal phone numbers for a cavalcade of Epstein’s powerful friends and celebrities — eventually became public as part of a civil lawsuit. It listed more than 100 female names and phone numbers under the headings “massage” in every city where Epstein had homes.

It makes you wonder if that “brief illness” was brought on by outside forces. The man was in good health and only 50-years-old.

This sudden death is made all the more strange because of statements made by Reiter. In 2010, Reiter gave an exclusiveinterview to the Daily Beast where he states that during the investigation both him and Recarey became aware that they were under surveillance for several months by an unknown source. Reiter also previously stated that State Attorney Barry Krischer was hesitant to prosecute Epstein, causing Reiter to send a letter to Krischer complaining of the “highly unusual conduct” involved in the case. That State Attorney Krischer turned a blind eye to this case is made all the more disturbing when you recognize he was also in charge of Florida’s Crimes Against Children Unit, a position in which he could directly affect cases against individuals accused of crimes against kids.

According to his obituary, “In 2013, Joe retired as a law enforcement officer as one of the most decorated Detectives in the history of the Palm Beach Police Department, and accepted a position to work in the private sector. He joined Gold Coast Beverage Distributors, the fourth largest beer distributor in the country as the Director of Loss Prevention. After Gold Coast was sold, Joe was again recruited to join Gold Coast Holdings as the Director of Facilities, where he was responsible for more than 90 restaurant locations and several commercial buildings. Joe will always be remembered for his generous spirit and pursuit of justice for victims. His passion for helping others was contagious and his steadfast devotion to his family was extraordinary. Joe never missed an opportunity to make people laugh, no matter the circumstances.”

Courtesy of The Washington Standard

Old news and yes it was reported when it happened.

The Deep State protecting itself.

Yeh, the clintons did it.

This happened over a year ago - why post this now? 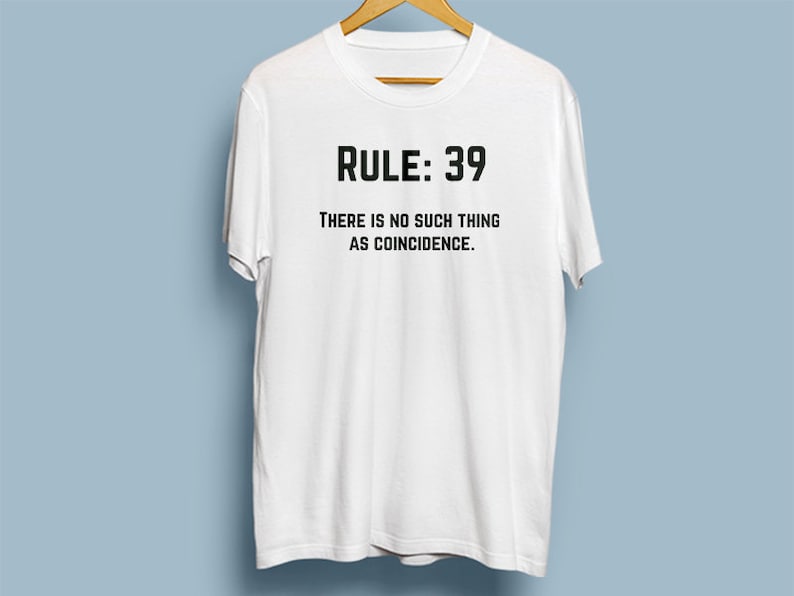 Release all the names in Epstein’s little black book,
NOW!!!

This nation is under assault by a bunch of blood sucking self-serving politicos and low-life bureaucrats.

Blow their covers now, before no nation is left to save.

Sensors of various types within the left wing started going blank. They didn't show dangerously high temperatures or pressures, they just disappeared; the flow of data from them ceased.

After the first one stopped (it was on one of the left landing gear tires), another one went, then another. The "no data" zone got bigger and bigger.

Not only did Recarey die after a short illness, but buried in the story it says Epstein's butler, Alfredo Rodriguez, died somewhat mysteriously, too:

"Rodriguez said he was given the job of paying the girls, telling Recarey that he was 'a human ATM machine' because he was ordered by Epstein to keep $2,000 on him at all times. He was also assigned to buy the girls gifts. Rodriguez gave Recarey copies of pages from a book that Epstein and his staff kept with the names and phone numbers for many of the Palm Beach girls, Recarey said.

Rodriguez, however, held onto the bulk of Epstein’s “little black book,” and in November 2009 tried to sell it for $50,000 to an undercover FBI agent posing as a victim’s lawyer. He was arrested, and sentenced in 2012 to federal prison, and died three years later following an illness."

Displaying the art of year-old stories, this one is still a mystery. Do any remember the incident and factual outcome? No gun found (it was noted as a suicide)
https://www.sun-sentinel.com/local/broward/hollywood/fl-sb-hollywood-whisenant-ruled-suicide-20170810-story.html

I happened a year ago AND it was reported??

Red Badger, I think you know what to do. Fall on the sword like the Greeks would have done :)

Epstein is CURRENT news and anything regarding his case and life and those who suffered and died as a result of his nefarious network of powerful monsters is worth repeating.

Or it will certainly die and never be heard about again.

Which is already likely.

Oh, I guess we can move on nothing to see here.

The fact that this has received such little attention even in the non fake media is indicative of news suppression; that in itself is newsworthy and something we need to pay attention to.