In addition to President Trump’s allegations, his former campaign aide George Papadopoulos is also pointing the finger at Australia. Mr Papadopoulos has claimed Australia’s former high commissioner to the UK, Alexander Downer, set up a meeting and we were apparently discussing conspiracy stuff,” Papadopoulos said earlier this year. “I believe Australian and UK intelligence were involved in an active operation to target Trump and his associates,” Papadopoulos said. There has been no love lost between the two men, with Papadopolous referring to Downer as, “The Devil From Down Under” in his book Deep State Target.

In another unsubstantiated claim, Papadopoulos insists Mr Downer recorded their conversation with a phone. “The phone comes out again,” Papadopoulos writes in the book. “He must have grabbed it and held it up at least four times. “He is so aggressive, so hostile, it’s actually a bit intimidating.” Papadopoulos claims he was a victim of Australian, UK and US spy mission ahead of the 2016 presidential election.

“The Austaralian government categorically rejects any allegation that it sought somehow to interfere in the US presidential election,” said a DFAT spokesperson. However, Mr Downer did confirm that during the meeting, Mr Papadopoulos revealed Russia had damaging material on Mr Trump’s presidential rival Hillary Clinton.

Former Italian PM may have plotted with Obama to remove Trump
Gateway Pundit ^ | Joe Hoft / FR Posted by Timocrat
Members of Italian intelligence were approached by Hillary Clinton, the Obama Administration, and the Deep State in order to frame Trump by PLANTING EVIDENCE on American servers to force Trump to step down from office.

Rumors are swirling that the recent firings of top Italian spies were related to Obama and a plot to set up candidate and President Trump in a Hillary email scandal. Earlier this month Italian Prime Minister Conte asked for the resignations of four top intelligence officials after his call with President Donald Trump. And now another Internet Sleuth has uncovered some shocking news related to the recent removal of these top Italian intelligence ministers from their positions as top spies in the government.

The story begins in January 2017 when Computer World wrote about alleged crimes committed by Italian Giulio Occhionero: The Tuesday arrest of Giulio Occhionero and his sister, Francesca Maria, has brought to light what appears to be the biggest, and highest-profile, hacking of institutional and corporate accounts ever reported in Italy. The siblings have been planting the Pyramid Eye remote access Trojan on computers using a spear-phishing technique over several years, according to the arrest order. They attacked at least 18,000 high-profile targets, including former Prime Ministers Matteo Renzi and Mario Monti, President of European Central Bank Mario Draghi, as well as employees and heads of various ministries including Internal Affairs, Treasury, Finance and Education. (Excerpt) Read more at thegatewaypundit.com ...

Nunes: ‘Someone was running an op against the Trump campaign on FOREIGN soil’
The National Sentinel ^ | 5/31/19 | Jon Dougherty / FR Posted by SleeperCatcher

House Intelligence Committee Ranking Member Devin Nunes told Fox News‘ Sean Hannity Thursday night that he is certain “someone” was running an intelligence operation against the 2016 Trump campaign “on foreign soil,” and that one or more U.S. allies were likely involved. “I think we can be sure about one thing and that is on foreign soil, someone was running operations against Trump campaign people,” he said. “Now, we don’t know if that was our government, if it was the British government or some type of firm of some kind, but I think it is definitely a fact that on British soil, maybe on Italian soil, there were activities going on that we need to get to the bottom of.” (Excerpt) Read more at thenationalsentinel.com ...

Australian Government Confirms Official Role in “Spygate”…
CONSERVATIVE TREEHOUSE ^ | 4/18/2019 | SUNDANCE / FR Posted by bitt
In response to media inquiry and FOIA demands, the government of Australia formally admitted today to the role of High Commissioner Alexander Downer and his engagements with George Papadopoulos in 2016. The timing coincides with the Mueller Report (released today), which states it was information about this engagement from Alexander Downer that opened the FBI counterintelligence investigation in July 2016. The Australian government cited the conclusion of the Robert Mueller special counsel investigation as the background for their willingness to comply with an 15-month-old FOIA request from Buzzfeed News. (Excerpt) Read more at theconservativetreehouse.com ... 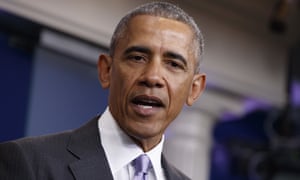 The $billion that made a short cut thru numbered accounts in a French Polynesian bank? (smirk)

Payback is gonna be a biyatch. :)

They need to look into all these plots against Trump.

Obama and Hillary were the head of the snake. They both need to be prosecuted to the fullest extent of the law.

The United States will NOT survive a two-tier justice system.

“...then I’m going to blame some of the people in this room; and then I do not forgive...”

Trump is the real Vito Corleone :)

Mr Downer did confirm that during the meeting, Mr Papadopoulos revealed .....

NO BIAS HERE HUH???, funny how anything Papadopoulos says is an "unsubstantiated claim" but whatever the Downer the Co-Conspirator in the Attempted Overthrow of the United States Government says is taken as gospel.

Eventually push must come to shove. If POTUS Trump is serious about the guilty being held accountable and paying for their crimes. While in the opposite direction, as some on FR suspect, AG Barr, et al, are slow walking, paper shuffling, finessing it all, to run out the clock and let the entire Deep State skate. Trump won’t hold still for that. When Trump tells Barr to investigate Australia he will demand a report and an outcome at some point.

Alexander Downer needs to be questioned under oath.

OK... I doubt anything will come of any of this. The Rats will learn they can do it to any GOP POTUS they want.

I’d also like them to find out what obama has on justice Roberts.

There are plenty of SOBs right here in the US that there is empirical data that they tried to over throw this government via a soft coup. They still walk the streets free.

But Barr is probably not to be trusted.

It’s all so frustrating

The “Russia hoax” is such an involved and complicated and extensive ‘set of stories’, that it would take a very long TV series to tell the whole story, and require every actor/actress in Hollywood, and at least 10 directors and 100 or more writers, and at least a $1 billion budget, and at least 10 years to get the filming done.

The biggest hurdle to overcome, which will make filming next to impossible, is to get Hollywood studios and directors to want to do the stories. They’re not going to tell the stories that make their fellow liberals look bad on TV or on the big screens, even if true (but not the facts, according to Biden).

Until someone or some several go to jail for Spygate, this is meaningless drivel. It’s the equivalent of Trump-Russian Collusion.