President Donald Trump is warning of an economic crash if he loses reelection, arguing that even voters who personally dislike him should base their ballots on the nation’s strong growth and low unemployment rate.

The financial markets signaled the possibility of a U.S. recession this week, sending a jolt of anxiety to investors, companies and consumers. That’s on top of concerns over Trump’s plans to impose punishing tariffs on goods from China and word from the United Kingdom and Germany that their economies are shrinking.

Though a pre-election recession here is far from certain, a downturn would be a devastating blow to the president, who has made a strong economy his central argument for a second term. Trump advisers fear a weakened economy would hurt him with moderate Republican and independent voters who have been willing to give him a pass on some his incendiary policies and rhetoric. And White House economic advisers see few options for reversing course should the economy start to slip.

Trump has taken to blaming others for the recession fears, mostly the Federal Reserve, which he is pushing for further interest rate cuts. Yet much of the uncertainty in the markets stems from his own escalation of a trade war with China, as well as weakened economies in key countries around the world. …

The Never-Trumpers are more gleeful than the Dems and the “journalists” who feed them their talking points.

Sorry, Donald Trump WORRIED about anything is ludicrous.

They’re all the Uniparty.

Not a single never-Trumper holds any conservative views; they expose themselves quite readily when pressed.

Because dems with names like “by any means necessary”, would never collude to sabotage the economy. Trump threatens to shut off the free taxpayer money fountain

“President Donald Trump is warning of an economic crash if he loses reelection, arguing that even voters who personally dislike him should base their ballots on the nation’s strong growth and low unemployment rate.”

This is the winner in the latest “journalistic gymnastics” contest held in Moscow. It earned the writer a Lenin “Peace Prize.”

Whats the pat phrase the MSM likes to constantly use. Oh yes, "without evidence".

* The Fed discount window responds to supply / demand, obviously there was a large demand for 10 yr bonds so why incentivize it with a high yield? My guess is it is Euro/Pacific rim $ flight to safety.

* Little Lord Fauntleroy aka Casto's Bastard Son, Justin Trudeau is up for reelection and he will probably loose.

* Pelosi has been in kahoots with him.

* She has to save face and go along w/ USMCA if he looses to save Rust Belt Rebellion States Dem Politicans as they will get their butts handed to him if by Default PDJT, just goes Pre-NAFTA which he can do.
* Boris Johnson leaves the EU, on Nov 1st unilateral trade deal kicks in w/out Congressional approval needed. The EU could be a powerhouse as EU companies locate there to get a part of the deal.
* The China deal looms, deal or no deal, we still win.
* Other UniLateral Deals that I forgot Freepers?

They will try to destroy all of these, because these IMHO ( Not investment advice ) will only add wind to the sails of ship MAGA...

Just because the rest of the world is getting the Flu, we have been taking Vitamin MAGA / rebuild our industrial base and ficing broken trade deals, our immune system is strong.

What happened to RUSSIA!!!!

Yellen came out and said recessionb is likely a false flag given everything else.

If this is true there is a lot more to worry about than a recession. Nearly 3 years in if Trump has not weeded out the blabber mouths in his inner circle there is no hope.

According to AP, there’s going to be a recession whether there is one or not. Amazing how the left always seems to be immune to facts.

No collusion, no recession. 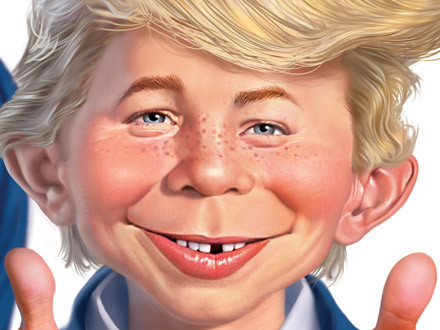 Sure, he's got to keep an eye on the economy, and many other things. But for AP, Bill Maher, and the usual suspects who would take a depression to get rid of DJT, it's still early for cheering.