The fake seal was only briefly visible as Trump walked onstage, replaced by the authentic one for the remainder of the speech, but an aide to TPUSA has reportedly been fired over what was either a startling error or a deliberate prank.

Here are four differences between the genuine seal and the one that appeared behind the president on Tuesday.

While the presidential seal features a standard eagle, the one behind Trump this week featured a double-headed eagle. Double-headed eagles are typically associated with empires and have appeared in other countries’ iconography as well, including the coats of arms of the Austrian Empire and Serbia.

Resemblance to the Russian federation coat of arms

The standard presidential seal bears the national motto “E pluribus unum,” Latin for “out of many, one.” The fake seal behind Trump at the TPUSA event instead featured the phrase “45 es un títere,” Spanish for “45 is a puppet.” Trump famously pushed back against his then-opponent Hillary Clinton’s characterization of him as a “puppet” of Russian president Vladimir Putin at the 2016 presidential debates.

While the eagle on the real seal bears several arrows in its right talon, the one on the doctored seal is bearing golf clubs, an apparent reference to Trump’s frequent visits to the several golf clubs he owns. Trump has spent 210 days at his golf properties while in office, according to NBC's tracker.

It says someone was fired. There should have been more, it’s still not too late.

Someone created it, but someone else put it up there.

That is the problem. Trump has too many people around him, who are his enemies.

And we’d be laughing our butts off here if a similar thing had been done to a Democrat President.

Did you mean 90%? Obama was always playing golf.

There are many who believe that the chant “Send Her Back” was initiated by Dem provocateurs at the Trump rally.

I believe in the video it is also heard that “Eagle” is inbound. “Eagle” was Billy Jeffs name.

Here is what it said in the article:

“The fake seal behind Trump at the Turning Point event instead featured the phrase “45 es un títere,” Spanish for “45 is a puppet.” Trump famously pushed back against his then-opponent Hillary Clinton’s characterization of him as a “puppet” of Russian President Vladimir Putin at the 2016 presidential debates.”

Real low-life who would do this.

I’ve thought about the TP thing myself and the need to change the name. It does open the organization to ridicule.
Kirk should know better. 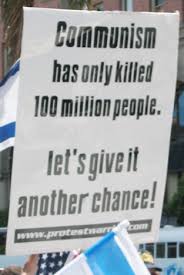 I thought it was well done ... and funny.

Not only funny but pointed out weakness in the security procedures. The question
is will the authorities take appropriate action to correct the procedures.

Just looked at it on a bigger screen, and I think you’re right. It does look like títere (puppet).

The thing is that it would never happen to a Dem.

It’s neither. Desecration of a national symbol isn’t a crime, and it’s not vandalism either because it’s just a projected computer graphic.

Nobody get in there and sabotaged anything Mission Impossible style. It was simply inserted into the digital “slide show” for the event. Honestly, it was most likely done by whomever originally created the slide show for the event weeks in advance.

I’d bet a lot gets done (work wise) on the golf course...now when Obama played golf I’ll bet lots of stuff got done too...nefarious that is

Not for a Presidential appearance.

I’ve given my share of presentations too and the only one who “reviewed” my slide show ahead of time was me. This was put on by a bunch of college kids, not a major corporation that has people to review and double check to make sure that the presentation was in line with corporate interests.

I’ve also been at a number of events involving the secret service in a variety of contexts, they focus on the President’s safety, not whether a student is going to put a practical joke image on a laptop or thumb drive. That’s not their job.

No. Almost ten percent means almost one in ten days.