A government official confirmed that Trump is expected to announce he will drop the legal battle to include the question on the census survey and instead direct the Commerce Department to obtain answers on citizenship through other means, but it was not clear how that would occur or how it would be funded.

The U.S. Census Bureau is part of the Commerce Department. The U.S. Constitution specifically assigns the job of overseeing the census to Congress, limiting the authority of the president over it, which complicates adding the question to the decennial survey via presidential missive.

Trump’s decision not to proceed with an executive order on adding the citizenship question to the census was first reported by ABC News.

what ever number he comes up with through the agencies will be blocked again by the USSC for use in the congressional districts, because the info did not come from the census.

My parents voted for Trump, my dad someone reluctantly. Neither will vote for him again. They won’t vote for a democrat, they’re just honest enough to see that Trump hasn’t accomplished much on this critical issue and everything else is arranging deck chairs if we don’t get progress on this.

thank you for some sanity! I’m really getting ready to puke at a these Freeper “conservatives” bleeting along kissing Trump’s ass, regardless what he does. I voted for the man, I contributed to his campaign, I did what I could to get him elected, but, dammit; he may be “tired of winning” but I’m TIRED OF LOSING!

There will be no count of illegals.

The dems will keep their representitives.

Besides illegals being counted for purposes of congressional representation and distributing money to states this is going to have repercussions with Trump and his base. 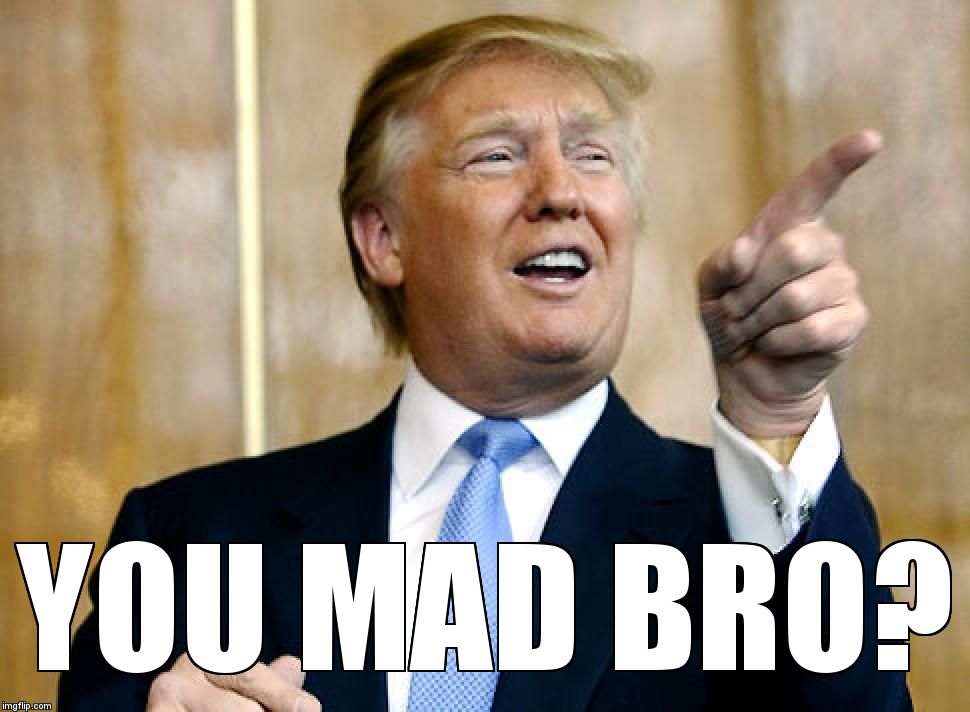 So who are they voting for? The @sshats blocking him at every move? He's fighting the left and the media on every single issue.

Trump is not giving up nor will I!

Then they are fools, and they are the ones that were never serious because they obviously are too damn thick to help.

Like what do hayseeds that dumb think, that determined opposition doesnt exist? Welcome to the real world!

Either tell them to stop behaving like pouty children or be Democrats, because they arent principled, or whatever nonsense they BS’d themselves into thinking they are.

Fortunately Trump has picked up more people than sheer stupidity has sidelined.

Don’t answer the census info regarding sex and nationality unless you can state you are a minority.

too early too say who i will vote for but he has an F on Immigration and jailing “criminal” hillary., Hgh marks on economy/jobs and judges.

Lawsuit as soon as they attempt to use to apportion representation. Any citizen in U.S. has standing.

I’ve grown tired of 86D chess when it comes to immigration.

That’s exactly my story, too.

I’m a little tired of the cultism around here. It’s an anathema to true conservatism—which is supposed to be the mission statement of FR—was when I signed up in 1998. Not going over a cliff after a pied piper on too many occasions.

Not what I heard. The citizenship fight fight will move from getting the question on the census (which the clock ran out on) to whether or not illegals count towards state representation....which is the real issue.

What trump said in the presser is that the official census is not just the census questionnaire, but also includes other data. What he has ordered is that the databases contained in all other departments must now be shared with the census bureau.

Since it’s hard to ensure the census questionnaire is being answered honestly to begin with, this is a reasonable approach, though knowing a little about govt computer systems and data sharing, this approach will have technical challenges. Guess it’s success will depend on how well it’s managed.

This approach is not as confrontational as putting the question directly on the census questionnaire, but given the legal mess, it’s a second best solution. Barr explained the legal logistics of this at the presser.

The war against evil is eternal. This is only one battle. Many battles going on. Trump didn’t surrender. He changed tact. Since the census will only affect elections after 2020, the big battles will probably now be fought in the court over how the census data was arrived at. Since, it appears, the census has historically used more than just the questionnaire in its ‘count’, and how the count is conducted is not delineated in the constitution, seems like this should be a successful plan going forward, and Barr and others think it’s legally defendable.

Me either., What he’s doing is E-Varified on steroids.
Going through all agencies and specifically Social security. Duplicate numbers, dead people’s number, Red flags!

(a) Illegals have always been counted for purposes of apportionment.

(b) The citizenship question has not been on the regular (short-form) census since 1950.

(c) Even under Trump's now-abandoned plan, illegals who were counted in the census were going to be counted for purposes of apportionment; it was just hoped that some illegals wouldn't fill out the form.

(d) The Constitution says that apportionment must be based on "counting the whole number of persons in each State."