The city of Charlottesville will no longer celebrate Thomas Jefferson’s birthday as an official city holiday and instead will observe a day recognizing the emancipation of enslaved African Americans.

The City Council voted Monday to scrap the April 13 holiday honoring the slave-holding Founding Father. Charlottesville will now mark Liberation and Freedom Day on March 3, the day U.S. Army forces arrived in the city in 1865.

Charlottesville has been grappling with how to tell its history of race and discrimination. Those efforts intensified after white nationalists gathered in the city in 2017 for a rally that descended into deadly violence.

The legacy of Jefferson, the nation’s third president, author of the Declaration of Independence and founder of the University of Virginia, has been part of that debate.

Last month, Albemarle County’s Board of Supervisors approved replacing the paid holiday with a floating holiday .

One nation with two diametrically opposed histories. Multiple languages. Religions that have fought each other for centuries are now forced to coexist on American soil.

Rip down Monticello! It’s the only way to forget the horrors of slavery!

Perhaps someday we will be able to implement Abraham Lincoln's plan for them, the most prescient solution. Abraham Lincoln knew what he was dealing with, and the only way to solve the problem. Lincoln's death was perhaps the worst tragedy this country has had to face, and the consequences of his death still plague us.

What sort of idiocy is this? I visited Monticello back in May and one of the important and interesting things to learn about Jefferson was that he had his slaves freed and not only that, he had them learn important skilled trades so they would be self sufficient upon gaining their freedom.

Embeciles. UVA and Monticello which provide most of Charlottesville’s employment and income due to students and tourists can be attributed to Jefferson.

Occasionally I’ll hear one of these black libs say they want segregation. No they don’t. They’d be living in a place like 3rd world Africa in no time. 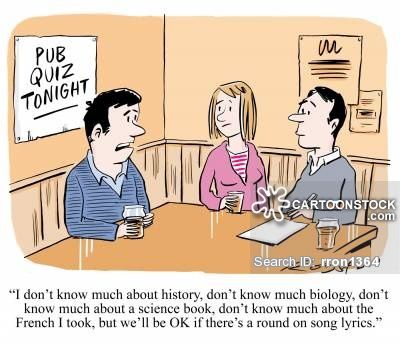 ‘Lincoln’s death was perhaps the worst tragedy this country has had to face, and the consequences of his death still plague us.’

there’s a contingent on FR who would post that same sentence, except for ‘death’, they would insert ‘birth’...

If the late TJ is a ‘problem’ then shouldn’t the City of Charlotesville VA return ALL property, money gained from that property, invalidate EVERY graduation certificate, return ALL the money etc etc etc.

No sense just shunning the mans name, may as well rid yourself of the burden of guilt of USING his name in the past to ‘make money’?

Like had been said before, if the Yankees etal REALLY want to do something about Racism etc, don’t pick on K Smith - who was doing a ‘popular ‘Negro’ song, but return any and all gains that you may have stumbled across when the Blacks were NOT ALLOWED to play on your fields etc etc - don’t worry that was the ‘custom’ at the time, YOU didn’t allow them to play.

And there should be little doubt in ANYONES mind that in the next 100 or so years, the ‘little darlins of the time’ will deem it fit to remove ALL vestiges of the two World Wars and the (so called) smaller ‘brush fires’ that ensued....

As a Yankee I can tell you that folks here are virtue signaling clowns, and have been for generations.

Our communities are totally segregated.

You are more likely to see a moose family than a black family in our town and in most suburban, exurban, and rural towns in our New England state.

Our tour guide was a black guy. I was worried that it would turn in to a screed but this guy was incredible. A serious historian not given to trendy histrionics.

There are specific reasons Jefferson is the first of the Founding Fathers the PC Revisionists want to demonize. Obviously firstly he was a Southerner. Secondly, it is Jefferson who was most opposed to centralized power, most in favor of states’ rights and who was the most influential with Southerners. In the 19th century the South was dominated by “Jeffersonian Democrats” who most closely align with libertarians and conservatives today. They wanted limited spending, low taxes and balanced budgets and a noninterventionist foreign policy in addition to limitations on the power of the federal government and states’ rights.

Who does that sound like? It is still the dominant political philosophy in the South today. This is all anathema to Leftists.

They were never going to stop at Confederate symbols and leaders. After Jefferson, Madison, Washington, Patrick Henry and George Mason will be up next to be smeared.

The fake DNA results about Jefferson has been debunked, but none of that made it to the media. He didn’t have children with his slaves. Check out the Steven Crowder video from yesterday. They sullied his reputation, and now he can’t fight back.
Jefferson was a brilliant man. Liberals ruin everything.