Tommy Robinson among high-profile candidates who failed to become MEPs
ITV.com ^ | 27 May 2019 | ITV

Former English Defence League leader Tommy Robinson has failed in his bid to get elected to the European Parliament.

Mr Robinson, whose real name is Stephen Yaxley-Lennon, came in eighth place in the North West England region with 38,908 votes.

The far-right activist is a political adviser to the current Ukip leader Gerrard Batten.

Ukip has lost all of its MEPs in the European Parliament, despite topping the voting figures in 2014.

In the end, Robinson won only 2.2% of the vote – losing his £5,000 deposit – and snuck out of the election count in central Manchester barely an hour after he arrived.

He should have allied with the Brexit Party...Ukip did atrociously.

Interesting. Was the UKIP purely dependent on Farage’s personality to win? That’s something to ponder on.

UKIP has no ‘front-man’ for personality of its party. It’ll surprise me they are still around in four years. Course, the BREXIT Party has life as long as there is a battle to exit. Once they finally do exit....I don’t see the BREXIT Party surviving.

True. But one would have thought that UKIP would grow beyond being just a vehicle for Farage. Brexit party is the same, a single issue.

[snip] ...with the pro-EU Lib Dems coming second. The Conservatives and Labour suffered heavy losses, with the former expected to get less than 10% of the vote... out of 64 MEPs declared so far, Mr Farage’s party has won 28, the Lib Dems 15, Labour 10, Greens seven, the Tories three and Plaid Cymru one... Newly-formed Change UK has not won any seats... [/snip]

(in another source, the discussion for Change UK ranges from joining the LDs in a “Remain” pact, to merging (disbanding Change UK) with the LDs. Both have done a little too much LDS. 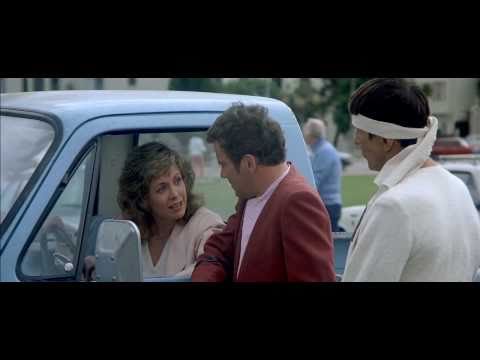 Pro-leave voters had the option of voting for the Brexit party or for the UKIP party.

They chose to vote for the party with momentum and led by an effective advocate. That’s what I did myself.

UKIP never wins, because other parties are always clothing themselves in UKIP’s main agenda point.

Case in point: both Labour and Conservatives loudly declared themselves to be pro-Brexit for the General Elections.

It’s now apparent that LAB and CON lied, they betrayed Brexit and now they’ve paid the price for that betrayal.

This time around UKIP’s main agenda point has been taken up by the Brexit party. It’s very obvious that - unlike LAB and CON, Farage *isn’t* going to betray that agenda. Also, he’s a great speaker.

Most UKIP party members are glad about these results.

The conservatives eviscerated themselves trying to stop Brexit. They were savaged in this election. It may be that Brexit party, rebranded, ultimately replaces the tories if that trend continues.

Tommy Robinson has too much baggage. Even though he is working class, he is not a proper politician.

That baggage isn’t the issue. He has been deplatformed off social media and the MSM has instituted a virtual blackout during his NW campaign.you would be shocked at the number of people who are barely aware of his existance, or didn’t know he was running in the North West. If you can’t get your message out, you cannot win. Trump needs to take note, or he will lose next year.

Farage hates him. That was a nonstarter. Farage is a snake who has sold out on every principle other than Brexit. He has abandoned talking about Islam or the encroaching police state and the sinister deplatforming and unpersoning of dissidents. He doesn’t want to drain the swamp. He wants to John it.

Ridiculous to compare Trump to Robinson.

I don’t believe his ideology is all that fundamentally different from Trump’s. He won’t ever lead the country though, that is for sure. Tommy Robinson derangement syndrome is a far more intense disease than its Trumpist varient.

And the reason why I say Trump needs to take note is this: Social media giants can’t deplatform the President of the United States without causing a huge scandal, but they can (and are) going after his supporters like Paul Joseph Watson, Alex Jones, Laura Loomer etc. Trump on his own cannot win the social media battle that won him the last election, because he doesn’t have the time to focus on it the way his supporters can. If he allows his supporters to be purged off social media, the democrats will have a free run to dominate the narrative and then they will win, and then you can guarantee they will never release their iron grip on social media as well as the MSM, and then it will be game over. Subsequent generations will end up being brainwashed with the globalist narrative and dissident voices will be purged before they have the opportunity to become too influential. Trump needs to act now or the consequences will be even further reaching than him losing the next election, nobody like him will ever managed to win an election ever again.