Insurgent Democrat presidential candidate Pete Buttigieg acknowledged at the Fox News town hall in Claremont, New Hampshire Sunday evening that he needs to do more to appeal to "black and brown" voters, even as he confidently parried a series of policy questions -- and, on several occasions, went directly after President Trump.

Buttigieg argued that minority voters are "skeptical of people who seem to come out of nowhere," after moderator Chris Wallace noted that he was polling at one-percent support among nonwhite primary voters according to a recent Fox News poll.

On fiscal policy, Buttigieg pushed for four distinct tax hikes when asked about the deficit, saying he favored a "fairer, which means higher" marginal income tax, a "reasonable" wealth tax "or something like that," a financial transactions tax, and closing "corporate tax loopholes."

"You don't blow a hole in the budget with an unnecessary and unaffordable tax cut for the very wealthiest," Buttigieg told Wallace, referring to President Trump's tax legislation.

TOPICS: News/Current Events; Politics/Elections; US: Indiana; US: New Hampshire
KEYWORDS: bolshevik; buttgag; buttgiggity; buttigieg; buttplug; chriswallace; claremont; commie; homosexualagenda; incometaxes; indiana; mikepence; newhampshire; petebuttigieg; pinko; southbend; taxcutsandjobsact; taxes; taxhikes; taxreform; tcja; trump Navigation: use the links below to view more comments.
first 1-20, 21-40, 41-60, 61-80, 81-98 next last
This is why it is good afterall, that Fox News had him on, so people can hear it directly from him that he wants to raise taxes.
1 posted on 05/19/2019 6:46:59 PM PDT by Innovative
[ Post Reply | Private Reply | View Replies]
To: Innovative
...appeal to "black and brown" voters...

Isn't Horizontal Harris one of those? How about Hussein?

Still as unpalatable to voters as back when Mondale said it in 1984.

Cue homo techno music and multi-colored drinks with plastic umbrellas in them.

FOX News and Wallace are now preaching to Democrats not Conservatives.

Please give an example of one of those corporate tax loopholes.

OK,so Buttplug would carry states like New York and California by wide margins and lose the same “Blue Wall” states that ILLary lost...and by even wider margins.

BootyJudge describes the mutual sodomy he conducts with his boyfriend as “love.” No, just sex perversion from two sick souls.

Sorry, Butt-a-bang, but there was no Trump tax cut for “very wealthiest,” you clueless fool.

There SHOULD have been such a tax cut.

The top 1%, i.e., the people who create most of the jobs, earn 19% of the country’s income but are paying 38% of the federal income taxes....they are paying twice their “fair share.”

"You don't blow a hole in the budget with an unnecessary and unaffordable tax cut for the very wealthiest," Buttigieg told Wallace

That explains why President Trump's tax reform act didn't do that. 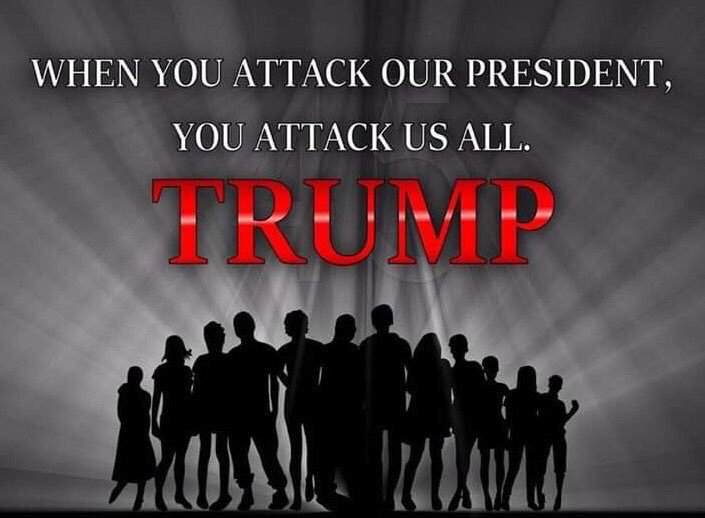 What would this clown know about tax policy? He’s mayor of a town of 102,000 and no experience other than that.

Black & brown voters, as he calls them, do not take kindly to those who engage in same sex relationships. He has a tough, if not impossible, row to hoe.

Just yesterday I learned that one of the most onerous tax increases of 2017’s alleged “tax cut” was levied against non-profit organizations’ endowments, which the IRS classifies as “unrelated income”

Thank you, William “Bedsheets” Byrd and your d@mn “revenue neutrality.”

The dems are doubling down on tax hikes - Mondale style.

Well....that will show him.

19 posted on 05/19/2019 7:17:29 PM PDT by VanDeKoik
[ Post Reply | Private Reply | To 1 | View Replies]
To: Innovative
I read that this ButtPlug guy wants to destroy all remnants of Thomas Jefferson in our history and culture because he owned slaves.

Destroy statues, rename buildings and public places, etc. He wants to remove any evidence that he was one of our Founding Fathers and a former two-term president of the US.

Jefferson was also the author of the Declaration of Independence, a vice president under John Adams, a Secretary of State, a minister to France, a Virginia governor and congressman.

If there's one thing I hate, it's a history revisionist. What gives him the right?

We can't change history so leave it alone.