Let the games begin! House Intelligence chair Adam Schiff (D-CA) told the Washington Post’s Robert Costa that he will make a criminal referral to the Department of Justice against Erik Prince for perjury. At issue is Prince’s testimony to his committee that a meeting in the Seychelles with a Russian financier was unplanned, while Prince’s testimony to special-counsel investigators suggest it was planned:

House Intelligence Committee Chairman Adam B. Schiff (D-Calif.) said Tuesday that his panel would make a criminal referral to the Justice Department regarding potential false testimony by Erik Prince, the billionaire founder of the private military contractor Blackwater and an ally of President Trump.

“The evidence is so weighty that the Justice Department needs to consider this,” Schiff said during a Washington Post Live event. …

“We know from the Mueller report that that was not a chance meeting,” Schiff told Post reporter Robert Costa during an interview at the event. “We know there were communications after he returned.”

“In very materials ways I think the evidence strongly suggests that he willingly mislead our committee and the Justice Department needs to consider whether there’s a prosecutable case,” Schiff added.

The collapse of the Russia-collusion hypothesis doesn’t necessarily mean the end of legal liability for some of the peripheral players in the conspiracy theories. Now that House Democrats have read Robert Mueller’s report, they have the opportunity to see where witness testimony contradicts that give to committees paralleling the special counsel investigation. Based on the report, Prince might end up being low-hanging fruit, at least theoretically. The Seychelles meeting not only doesn’t appear unplanned but looks carefully coordinated for Prince — planned specifically for Prince by UAE adviser George Nader:

Dmitriev undertook efforts to meet members of the incoming Trump Administration in the months after the election. Dmitriev asked a close business associate who worked for the United Arab Emirates (UAE) royal court, George Nader, to introduce him to Trump transition officials, and Nader eventually arranged a meeting in the Seychelles between Dmitriev and Erik Prince, a Trump Campaign supporter and an associate of Steve Bannon. …

Nader traveled to New York in early January 2017 and had lunchtime and dinner meetings with Erik Prince on January 3, 2017. Nader and Prince discussed Dmitriev. Nader informed Prince that the Russians were looking to build a link with the incoming Trump Administration. [redacted] he told Prince that Dmitriev had been pushing Nader to introduce him to someone from the incoming Administration [redacted]. Nader suggested, in light of Prince’s relationship with Transition Team officials, that Prince and Dmitriev meet to discuss issues of mutual concern. [redacted] Prince told Nader that he needed to think further about it and to check with Transition Team officials.

After his dinner with Prince, Nader sent Prince a link to a Wikipedia entry about Dmitriev, and sent Dmitriev a message stating that he had just met “with some key people within the family and inner circle”- a reference to Prince-and that he had spoken at length and positively about Dmitriev. Nader told Dmitriev that the people he met had asked for Dmitriev’s bio, and Dmitriev replied that he would update and send it. Nader later received from Dmitriev two files concerning Dmitriev: one was a two-page biography, and the other was a list of Dmitriev’s positive quotes about Donald Trump.

The next morning, Nader forwarded the message and attachments Dmitriev had sent him to Prince. Nader wrote to Prince that these documents were the versions “to be used with some additional details for them” (with “them” referring to members of the incoming Administration). Prince opened the attachments at Trump Tower within an hour of receiving them. Prince stated that, while he was at Trump Tower that day, he spoke with Kellyanne Conway, Wilbur Ross, Steve Mnuchin, and others while waiting to see Bannon. Cell-site location data for Prince’s mobile phone indicates that Prince remained at Trump Tower for approximately three hours. Prince said that he could not recall whether, during those three hours, he met with Bannon and discussed Dmitriev with him. [redacted]

Schiff noted Tuesday that if Prince gave the special counsel’s team information “under the condition it not be used against him, then being able to prove” that he lied to lawmakers “might be problematic.”

“In very materials ways I think the evidence strongly suggests that he willingly mislead our committee and the Justice Department needs to consider whether there’s a prosecutable case.”

If Schiff’s correct about Prince’s congressional testimony, then Prince would have to be an idiot not to cut such a deal before talking. Prince is anything but an idiot, so it seems unlikely that this material will be able to be used against him.

There’s another point to consider, too, which is a lack of action by Mueller against Prince. Mueller was not shy about prosecuting people for lying to Congress in this investigation, as Michael Cohen can testify chapter and verse. If this information didn’t come to Mueller through Prince and it contradicted Prince’s congressional testimony, why wouldn’t Mueller have charged Prince himself with perjury like he did with Cohen? Either it doesn’t actually contradict Prince’s testimony, or Mueller got it from Prince under some sort of proffer agreement. Either way, the DoJ won’t have a case to prosecute.

One final point: even if Prince lied, the actual meeting itself turned out to be a nothingburger for the Russia-collusion theory. Why Prince lied about this nothingburger is another matter, but the fact of the meeting itself didn’t amount to evidence of wrongdoing, which Mueller tacitly states in his overall conclusion. Schiff’s scoring points on Prince, perhaps justly if he lied in his testimony, but it’s a distraction to the overall point that this meeting didn’t matter anyway.

Are Lois Lerner and Susan Rice going to be charged?

I agree....and the meeting was NOT planned. 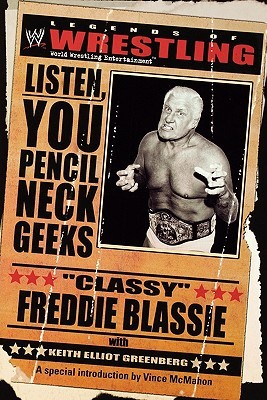 Still I HATE this ####, and nadler, and cummings and just so many more.

How about Comey, HilLIARy, and gang?

The hypocrisy and double standards are certainly amusing, if nothing else.

The communists continue their political coup

How does one take a trip to the Seychelles without planning?

Right up there with Rogers.

Schiffty is like Herr Mueller. If you don’t tell him what he wants to hear, he charges you with perjury. (Never mind if it’s actually true.)

Erik Prince...I wouldn’t mess with the guy. Schiff might just disappear one day. That’s okay, I was trying to remember who Rogers was, and all I could come up with was Buck Rogers. So the whole statement was nonsense to me. I was prepared to skip it without comment.

Didn’t he lie to the NATION ? For a couple of years ?