It included testimony from a fellow cartel member who claimed that Guzmán once paid a $100 million bribe to former Mexican President Enrique Peña Nieto.

Guzman, 61, will be sentenced on June 25. He faces the possibility of life in prison.

Anyone taking bets on when he escapes again?

The Cartel is some nasty business...

But wait, isn’t there a chance of rehabilitation? Maybe there is a work release program for him?

The only crime liberals feel the death penalty is appropriate is being born.

Isn’t this weasel eligible for the Federal death penalty?

Good to get him off the street... but still not as dangerous as Roger Stone! At least if one measures by the level of force used in the arrests.

No death penalty in NY (of course)

Good..now take his money and use it to build the wall, easy peasy

If he only committed a DUI, the commie left would want him released

Eric Holder is the piece of shit that insisted he be tried in civilian court. 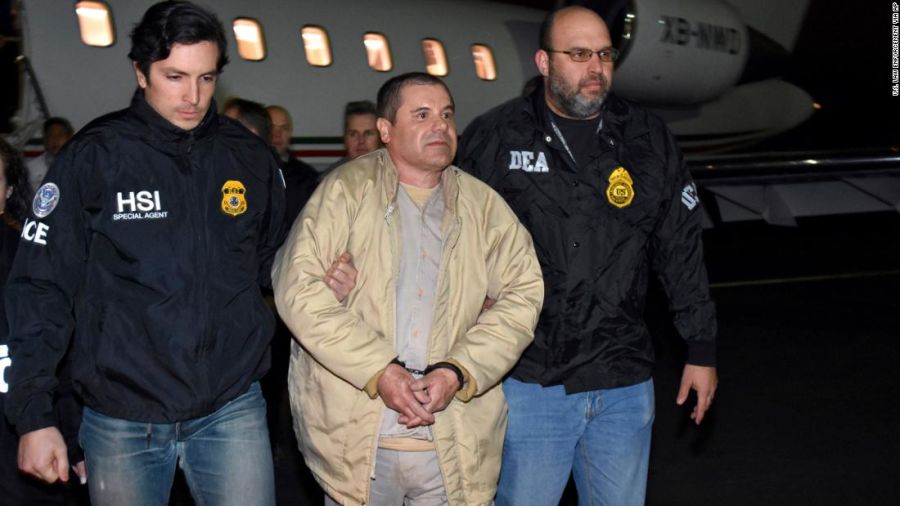 Sounds like they need to build a better jail first.

According to his Wikipedia page, he’d been wanted for murder in New York and other cities. What happened with that charge?

“A critical requirement for extradition was that the U.S. must guarantee they will not use the death penalty against Guzmán if he is found guilty of homicide charges.”

How sweet. Will his wives get conjugal visits for good behavior (if he stays incarcerated)?

I read he will be incarcerated in the US.

He’s been replaced already by another cartel head; and he’s either cooperating with us to name names, or will get special treatment.

The cartels and governments tend to work hand in glove; and Mexican politicians are not the only ones susceptible to bribes of millions.

There is no indication the US federal government has any clue where his money is!