"I’ve testified many times in Congress," Rosenberg, who served as chief of staff under former FBI Director James Comey and as a U.S. attorney in the Bush (and Obama) administration(s), explained during an interview on MSBNC.

"Sometimes the questions are good and thoughtful, sometimes they’re compound and incomprehensible, but you have to answer every one with a degree of civility and dignity, and that was sorely lacking.”

Whitaker sparred with various lawmakers during his appearance before the Judiciary panel on Friday, with Democrats peppering him with questions for hours and blasting his responses to certain questions.

At one point, the Trump administration official shocked committee members and spectators alike after he told Judiciary Chairman Jerry Nadler (D-N.Y.) that his time for questioning had run out.

“Mr. Chairman, I see that your five minutes is up,” Whitaker said, drawing gasps from the panel and a packed crowd.

“I am here voluntarily. We have agreed to five-minute rounds,” he added.

Lawmakers routinely go over their five-minute time limits for questioning, and it is particularly rare for a witness to accuse the chairman of a panel of having gone over his time limit.

“The committee will come to order. I will point out we didn't enforce the five-minute rule on acting Attorney General Whitaker,” Nadler responded.

During the hearing, Whitaker also said he had not interfered in special counsel Robert Mueller’s probe into possible collusion between the Trump campaign and Moscow in 2016.

Rosenberg has emerged as a staunch critic of the Trump administration, often appearing on cable news to denounce what he says is the president’s mistreatment of the Justice Department.

When every question is a GOTCHA questions and perjury trap it's only fitting to point this out to the public.

They clearly offered no degree of civility and dignity in their questioning and they deserved no respect.

I'm sure they can accuse Mr. Whitaker with 'contempt' or other claims but what, if anything, can they charge Mr. Whitaker for in how he answered?

Can he be fined or prosecuted?

Is there an actionable offense Mr. Whitaker can be charged with and what would be the punishment?

Every one of Whitaker’s inquisitors should have been arrested and immediately incarcerated in the renovated and re-commissioned Federal political prison on Alcatraz Island .

I missed the calling up Rod Rosenstein, John Huber, and James Baker.

maybe they will try to escape

How dare him not grovel at their feet.

ANY idiot in the corrupt FBI, past or present, has their nerve calling any conservative’s testimony “disgraceful.”

And this Rosenberg ass was associated with Comey, Bush and Obama? Scumbags of a feather flock together.

whitaker was not under oath as i understand so...

Whittaker did just what he needed to do.

BS on the former “official”

Being hauled before those criminals and having to pretend that they have any legitimacy is degrading in itself.

Unemployed and indigent are other descriptors that Rosenberg deserves.

12 posted on 02/08/2019 10:40:46 PM PST by ptsal
[ Post Reply | Private Reply | To 2 | View Replies]
To: yesthatjallen; All
I watched a few clips and it was outrageous how they were badgering him for yes or no answers for questions that weren’t straightforward or changed while they were being asked. The Chairman interrupted himself and read a prepared statement claiming Whitaker hadn’t answered his questions when he clearly had. That’s how he ran out of his five minutes which Whiticker pointed out.

He wasn’t walking into the traps set down.

Then we had Mr. Richmond telling him he “needs more brown and black” people at DOJ, women too.

Whitaker was very patient. I applaud him.

13 posted on 02/08/2019 10:46:57 PM PST by newzjunkey (WALL. NO AMNESTY.)
[ Post Reply | Private Reply | To 1 | View Replies]
To: yesthatjallen
"Rosenberg served as Chief of Staff to the Director of the FBI from 2013 to 2015. In this role, he worked closely with Director James Comey and other senior FBI officials on counterterrorism, intelligence, cyber and criminal investigative issues, including with international, federal, state and local law enforcement partners. . .Throughout his distinguished career in law enforcement and public service, Chuck has earned the trust and the praise of his colleagues at every level,” said former Attorney General Loretta Lynch. . .On August 2017, Rosenberg found himself at odds with the Trump administration over the President's remarks encouraging the police to rough up suspects.[7] His internal memo to the DEA workforce gained public attention for Rosenberg's repudiation of Trump's remarks. In it, Rosenberg wrote "The President, in remarks delivered yesterday in New York, condoned police misconduct regarding the treatment of individuals placed under arrest by law enforcement... I write to offer a strong reaffirmation of the operating principles to which we, as law enforcement professionals, adhere. I write because we have an obligation to speak out when something is wrong. That’s what law enforcement officers do. That’s what you do. We fix stuff. At least, we try."[8] The Washington Post Editorial Board, in a piece titled "A divided nation gets moral guidance - but not from Trump" wrote "His letter was important not as a rebuke to the president but as a model of leadership and courage in reaffirming democratic values.". . .On September 26, 2017, it was announced that Rosenberg, dismayed by the Trump administration, was stepping down.[10][11] His resignation became effective October 1, 2017.[12][13] It was announced on October 3, 2017 that Robert W. Patterson, who had been serving as the DEA's Principal Deputy Administrator since November 2016,[14] had succeeded Rosenberg as Acting Administrator for the DEA.[12]. . .On November 13, 2017, Rosenberg initiated his role as an MSNBC News contributor with an interview on The Rachel Maddow Show.": Chuck Rosenberg
14 posted on 02/08/2019 10:49:35 PM PST by Fedora
[ Post Reply | Private Reply | To 1 | View Replies]
To: yesthatjallen

15 posted on 02/08/2019 10:49:36 PM PST by Bullish (My tagline ran off with another man.)
[ Post Reply | Private Reply | To 1 | View Replies]
To: yesthatjallen
The main thing this hack is ignoring is the fact that Whitaker only has days left before retirement. Why on earth would he *NOT* take advantage of an opportunity to stick it back to these hostile clowns, when there's no consequences for him?

You only get exactly one chance (per career) to say, "TAKE THIS JOB AND SHOVE IT!" 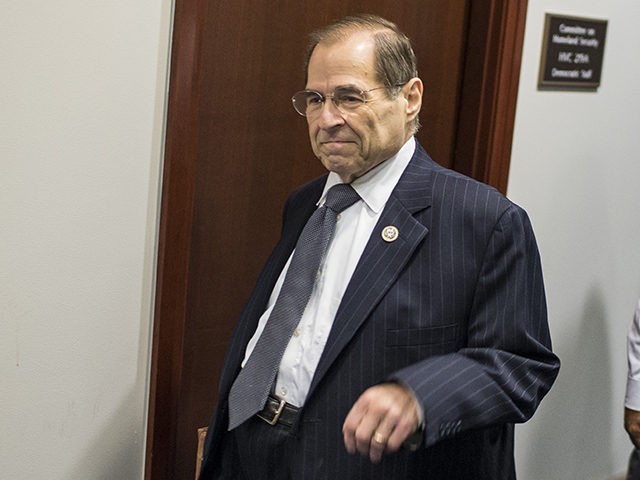 I think Whitaker gave the committee the level of respect that they deserved. After Nadler threatened him with a subpoena and all the back and forth that went on regarding that issue, it was obvious the gloves were off on both sides.

He’ll be out of there in a week. He was a temp, a hired interim manager. He knew it, too. They just wanted to get him on the record either to use it against him or someone else. He wasn’t buying any of it.

No, afaik they can’t do jack about it. Generally “contempt of Congress” is the refusal to appear under subpoena. If you are subpoenad you have to appear but can refuse to answer. Whitaker has 1st Amendment and 5th Amendment rights among others. He can talk to them with all the scorn and contempt he thinks they deserve.

It’s a kick to listen to some of the news clips of Howard Hughes telling Senator Brewster off... in 1947. He flat said “it is unfair to put me in the position of having my integrity questioned, and not allowing me to question the integrity of Senator Brewster”. Hughes believed Brewster was in the pocket of Pan-Am and working to thwart the expansion of TWA by being a crooked-azz hack. Which he was. Brewster was one of those “all my life serving the public” types, state assembly, governor, congressman, senator... almost no private sector experience... and he wore like a badge of honor but anyone with a lick of sense knows it means his only skill is graft and corruption.

I wish more people would do like Hughes did. But it was a different time.

Looks like he had his stomach stapled... shoulda stapled his tongue to his lips.