Where does your toll money go? Miami drivers, sick of traffic and expense, want to know
The Miami Herald ^ | October 10, 2018 | Dylan Jackson

In life, some things are unavoidable: death, taxes — and if you live in South Florida — tolls.

Coughing up money to drive on the highways add to the cost of living in South Florida. Drivers in Miami-Dade and Broward spent more than a half billion dollars in tolls fees in the last year.

Consider: A daily trip from Kendall to downtown Miami costs over $4 roundtrip by Sunpass, or about $1,000 a year for a five-day a week, 50-week commuter. For those who haven’t signed up for Sunpass, the toll-by-plate rate of almost $8 per day amounts to $2,000 per year. Going to and from Homestead costs $7 per day with Sunpass, $12 without.

So when the Miami Herald asked readers what question they have about affordability in South Florida, tolls turned up as a hot topic.

Specifically, readers wanted to know: Where does all of our toll money go? Why are tolls getting more expensive? Why are there so many in the first place?

This story will look to answer them.

Where does all of our toll money go?

Toll fees collected by the Florida Department of Transportation (FDOT), Miami-Dade County and the Miami-Dade Expressway Authority (MDX) are re-invested into the roadways in the form of ramps, lighting and facility improvements, roadway extensions and maintenance. No local and state taxes flow into toll roads.

In the last fiscal year ending July 2017, FDOT — which manages the Florida Turnpike, the Turnpike extension through Homestead, the Palmetto expressway (SR 821) and interstate express lanes — pulled in $345 million from its tolls throughout Broward and Miami-Dade, according to financial reports.

Over that same time, FDOT spent $205 million on various projects. Current Turnpike construction includes a $112 million project to add four lanes to a stretch of the Turnpike north of Bird Road and another four lane widening project in Broward.

In response to this story, Turnpike spokesperson Chad Huff would not respond to specific questions, instead directing the Miami Herald to the Turnpike website.

“Tolls enable projects to be planned and built years before enough tax dollars could be collected to keep up with demand,” according to the website’s FAQ page. “The tolls collected generate the revenue to build, operate and maintain the roadways.”

For MDX, tolls account for a full 98 percent of the $237 million it brought in as revenue last year.

That revenue will help pay for the $1 billion SR 836 extension through Kendall approved by Miami-Dade commissioners late last month. The 13-mile extension will also carry a toll that is expected to bring in $45 million a year.

Other projects include an interchange improvement between Dolphin and I-95 costing $243 million and various capacity and operational improvements estimated to cost $195 million.

Why are there so many tolls in Miami?

From an economic and government point of view, the 6,000 miles of toll roads nationwide serve two purposes, said David Kelly, an economics professor at the University of Miami.

First, the tolls provide an answer to a problem that plagues all states: how to pay for building and maintaining roads. Governments have traditionally paid for roads through a gas tax, but revenues have plateaued over the past decade as cars have become increasingly fuel efficient.

“With tolls, the general principal is ‘those who use it should pay for it,’ “ he said.

Second, tolls help alleviate traffic: the extensions and additional lane construction currently underway are designed to reduce congestion. Additionally, charging a fee to drive on a road reduces the amount of people who use the road, which means less traffic for those who fork up.

Many economists maintain tolls are unfair to less affluent workers forced to far-from-the-core suburbs where housing costs are lower. That’s why, Kelly said, it’s important for toll revenues go to building public transportation solutions such as trains or buses.

While the overwhelming majority of MDX funding goes to improving and building roads, the organization has agreed to oversee the building and maintaining of an over $16 million terminal for Miami-Dade County’s Express Bus program. Dubbed the Dolphin Station Park and Ride Transit Terminal Facility and situated near Dolphin Mall, construction and design costs will be split between Miami-Dade Transit and FDOT.

Routes will run to Brickell, Downtown Miami and the Miami International Airport.

Why are tolls getting more expensive?

You aren’t imagining it: toll rates have been steadily climbing for well over the past decade. Both FDOT and MDX tie prices to inflation, though the MDX board can impose additional increases.

These agencies say the climbing rates are necessary to keep up with increasing costs of construction materials and to combat congestion as the population continues to grow.

While MDX hasn’t voted for increases since 2005, many drivers have been paying more since in late 2014, when MDX added 20 tolling spots on SR 112 and SR 836. MDX officials said the move was necessary to “close the system” because drivers could exit many stretches of the expressway without paying a toll. At the same time, MDX lowered rates an average of 60 cents per toll.

Still, the expansion did not go over well with many motorists and local politicians. Detractors dubbed it “Tollmageddon.”

Over the following two years, MDX’s revenues surged by over $100 million, or 82 percent.

The Turnpike’s most recent price hike was in 2012, when inflation pushed tolls up 25 cents. Revenues the following year increased 55 percent.

This year, MDX lowered rates by 6 percent — which translated to a maximum 4 cents per toll in savings for Sunpass users and 8 cents for toll-by-plate.

The price reduction was mandated under a law passed in the Florida legislature last year. Advocates balked what they saw as runaway toll fees. The law also instituted other rules, including a requirement that rate hikes be approved by a super-majority — two-thirds — of the governing board and a minimum five mile minimum distances between toll stations.

“We have families that have to go to work and the toll rates create an additional burden on their families to survive,” said Rep. Bryan Avila, R-Hialeah, the bill’s sponsor. “I focused on this because the toll rates became more excessive in the past couple years.”

How can drivers save money on tolls?

Drivers can avoid toll roads altogether, though their commuting time will likely increase. Using Sunpass instead of toll-by-plate also cuts costs by about as much as 50 percent.

Regular Miami-Dade expressway users can also apply for MDX’s Frequent Driver Rewards Program. The program gives rebates to drivers who spend over $100 per year in tolls. Last December, MDX paid out $5.6 million in rebates to 80,000 toll payer. That’s an average saving of $70 per driver.

Enrollment for 2018 closed on March 31. Enrollment reopens this December.

Just imagine all those state and local gov employees and friends of the governor that are probably taking those toll roads for free.

The turnpike spokesperson would not respond to questions? What is his job?

The devil is in the details, which are probably missing, such as:

1. How much fuel tax (to be used for roads) is collected and provided to support road upkeep?

2. Is there a plan to get rid of the tollways once the roads are paid?

“Where does your toll money go?”

Same place all other government extortion goes...vig for politicians and associates.

Where does your toll money go?

Toll money, like gas tax money, is funneled through the bureaucracy.

After the bureaucrats get their cut, the rest is churned through the political system; contractors receive money for successful project bids, then send what's leftover back to the government via political campaign contributions.

It's win-win for them. It's BOHICA for the taxpayers.

don’t forget the money used to pay for “rapid” transit, bicycle paths and the like.

More ominous, the “toll roads” are sold off to private consortiums.

Too many folks on a spit of sand

And then there are the insane, cowardly zoning boards and engineers who continue to allow every Tom, Dick and Harry to implement curb cuts and traffic lights. To add insult to injury, they reduce speed limits and claim - without any sense of irony - that the reductions are necessary due to increased traffic volume and congestion. The mind boggles.

Another paper in need of a copy editor. It's PRINCIPLE.

But why don't we apply this PRINCIPLE to other government programs? Why is a single penny of anyone's taxes helping a junkie put more poison into his veins? Why are able-bodied people receiving any form of goods or services for free including medical care?

15 posted on 10/16/2018 9:35:48 AM PDT by relictele
[ Post Reply | Private Reply | To 1 | View Replies]
To: Tolerance Sucks Rocks
Turnpike spokesperson Chad Huff would not respond to specific questions, instead directing the Miami Herald to the Turnpike website.

Another gem of a public 'servant.'

Is he really a spokesperson if he refuses to speak?

But still a ridiculous situation.

17 posted on 10/16/2018 9:38:02 AM PDT by relictele
[ Post Reply | Private Reply | To 4 | View Replies]
To: jeffc
Here's ol' Chad. Chad's thinks very highly of himself, as his linkedin page demonstrates. Content copied n pasted. Nowhere in his ode to his greatness does he mention that he gives major newspapers the middle finger when they ask for details, despite his claim that he 'conducted numerous media interviews.' He must be just exhausted. 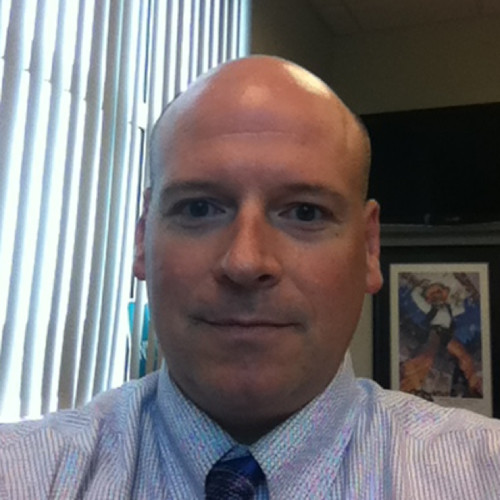 Maybe he gives papers the finger because Chad, here, is one-a them there Chads that the mass-murderer-wannabe incels keep whining about.