Putin’s dialing down of the rhetoric is an effort to mask his intentions. He — Russia — still has the same foreign policy interests in Syria as he did before the plane was shot down, and those aren’t going to change anytime soon.

When journalists asked him about the much more hostile statement of his Defense Ministry, which also vowed a retaliatory response, Putin stated clearly that it was “fully coordinated” with him (of course it was).

He defined what ‘retaliatory’ meant. “The retaliatory measures will be directed above all to boosting the security of military men and installations in Syria,” he said. “These will be measures everyone will see.”

My guess is that it was a true accident. Israel may have been using the Russian plane to mask their own aircraft but that doesn’t mean they intended for it to be shot down.

The Israelis have been using glide bombs rather than overflying Syrian territory. In many cases, those bombs were launched at high altitude over Lebanon. They then wing their way to targets over 100 miles away. They are small and very precise. They are probably impossible to shoot down.

This attack had to be conducted from the sea as the target was on the coast. The Russian plane was heading inland from the sea on patrol. The Syrians probably saw the Israelis coming and launched at the Russian plane as it was likely the largest target on radar. The fact it was a propeller plane didn’t register on the operators. They have probably been punished for their past failures and would have shot anything they could see. (The Israelis were most likely never in range, or if they were, not for long.)

It’s doubtful the Israelis used the Russian plane as cover. The situation with Russia is dicey at best and there would be no need to make it worse.

“Israel may have been using the Russian plane to mask their own aircraft but that doesn’t mean they intended for it to be shot down.”

If they did that, it would be the end of “deconfliction”.

That's almost a logical as Assad planning to do a chemical attack since he's almost won. 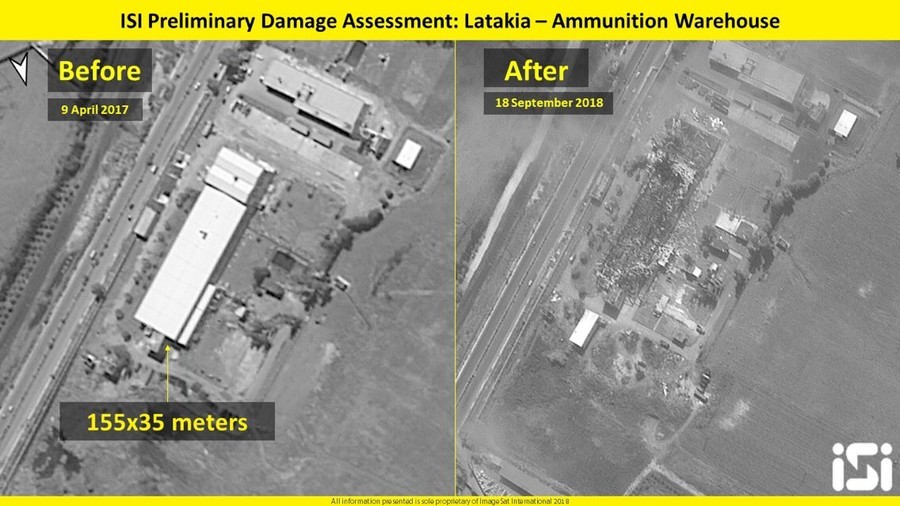 7 posted on 09/19/2018 4:59:07 PM PDT by McGruff
[ Post Reply | Private Reply | To 1 | View Replies]
To: SleeperCatcher
Chamberlain said of the letter signers. “I’m sorry — President Trump has not issued a request to the intelligence agencies that they declassify this information, he has issued an order.” Yeah charley, Presidents can do that you know.

Hey, how did this get over here?

Must be those pesky Russian hackers...