Many Died, Superintendent Lied-Nikolas Cruz was in program that enabled classroom-to-casket pipeline
Frontpagemagazine ^ | May 8, 2018 | Lloyd Billingsley

Florida’s Broward County School District revealed Sunday that Nikolas Cruz, who on February 14 gunned down 17 students and wounded 17 others, was part of the PROMISE program, “Preventing Recidivism through Opportunities, Mentoring, Intervention, Support, and Education.” The “Obama-era program” replaced a zero-tolerance policy with leniency toward student crime.

As district official Tracy Clark told reporters Sunday, Nikolas Cruz was referred to PROMISE in 2013 after he vandalized a bathroom at Westglades Middle School. The district had previously denied that Cruz was part of the program and called such reports “fake news.”

As the Miami Herald reported, last month Broward Schools superintendent Robert Runcie told WLRN that “Nikolas Cruz, the shooter that was involved in this horrific accident at Marjory Stoneman Douglas, had no connection to the PROMISE program.” That might have been the first description of Cruz’s fully intentional mass murder as an “accident,” but not the first time for the denial.

“I was repeatedly told that the Parkland shooter was never in the Promise Program I was asking questions about,” Senator Marco Rubio tweeted Monday. “Now it turns out that in fact he was.”

“This is a stunning revelation & one that flies in the face of previous statements,” tweeted Ryan Petty, father of Alaina Petty, gunned down by Cruz. “That the District released it on a Sunday is all the more concerning.”

Parkland student Cameron Kasky, a March for our Lives leader, tweeted about superintendent Runcie’s “awful leadership.” It was not the first time the superintendent had drawn fire.

“Under intense criticism over numerous management failures,” Buddie Nevins wrote in Broward Beat in May, 2016, “Runcie has called for African Americans to mob the School Board meeting.” As the superintendent had it, “all the criticism of him is because he is black.” Other locals charged that he had “repeatedly lied” about the qualifications of his hires, the payback of federal loans, and so forth. Another charged that Runcie had “treated teachers and staff, many who are African American, with disdain.”

Last August, Runcie told Michael Vaughn of Education Post that in 2011-2012 Broward led the state in “school-related arrests.” So the district set out to develop “approaches that would keep students in classrooms and out of courtrooms.” After implementing the PROMISE program, student arrests declined 65 percent and 90 percent of the students in intervention programs have not had repeat offenses, Runcie said, so “we are now recognized as a national model for rethinking student discipline.”

Runcie said he had worked with Arne Duncan, POTUS 44’s school boss, who teamed up to limit the DC Opportunity Scholarships program, a successful model of parental choice in education. Runcie was not a fan of charter schools, but big on “social justice.”

“I believe that public schools have a responsibility to promote awareness, increase engagement and foster skill-building around social justice issues,” Runcie explained. “We need to allow our students to use their voices to understand, listen and promote positive change in their communities. Young voices matter!”

As Runcie told the American Prospect, in 2013 he sought to close the “racial achievement” gap and noticed a “huge differential in minority students, black male students in particular, in terms of suspensions and arrests.”

Like other programs aimed at shutting down the “school-to-prison” pipeline, PROMISE aims to help “students of color,” and this opened the door for Nikolas de Jesus Cruz. Under the regime of political correctness, “Latinos” and/or “Hispanics” qualify as people of color, regardless of national origin or skin shade. So Cruz fit the “metrics” of the program and was not arrested, even though he should have been.

Had he been arrested, the February 14 massacre could have been avoided. FBI incompetence helped enable the “tragic accident,” as Runcie called it. He refused to reveal Nikolas Cruz’s school records and told reporters he had no “knowledge” of Cruz’s threats while a student.  Runcie also called all criticism of PROMISE “reprehensible” and proclaimed that Nikolas Cruz had “no connection to the PROMISE program.”

That was a lie, and it is also untrue that differential rates of school discipline can only be explained by racism, and that the only remedy is a program like PROMISE. As Heather MacDonald shows, even a new General Accounting Office reports notes that black students get suspended at nearly three times the rate of white students nationally, “a finding consistent with previous analyses.”

The notion that students from different groups act identically in class is an infantile orthodoxy of political correctness. As Thomas Sowell often noted, statistical disparities between groups are the rule, not the exception, and this should be obvious to all but the willfully blind, like Robert Runcie.  Last year, this 15th-rate bureaucrat bagged a $28,000 raise boosting his salary to $335,000 and keeping him aboard until 2023.

Meanwhile, if it isn’t settled that all policies from the previous administration are a bust, Broward County parents have the best evidence that PROMISE is by far the deadliest. Heather MacDonald is right that the school districts should get rid of it, but they should not stop there.

The government K-12 system is a collective farm of mediocrity, failure, and indoctrination. The Trump administration should work toward full parental choice in education as a matter of basic civil rights.

Take these psychos out of high school, put them in a top secret military training facility and train them for suicide missions.

It would give them a sense of self-importance and keep them away from others, until they grow up.

RATs are so good at “acronym programs.” I just wonder sometimes if they don’t spend more time coming up with some dumbassed name than they do devising the content.

Yup. The super and sheriff should be in prison

Duncan ran The Chicago Public School System which is a model of endemic chronic failure.

Obama, Holder and that bastard Runcie conspired under the idiotic Promise program and this was the result.
It’s still on going on all over the country. A program designed to protect juvenile “minority” felons like Cruz.
By the way, this bastard Runcie makes over
$330,000 A YEAR!! 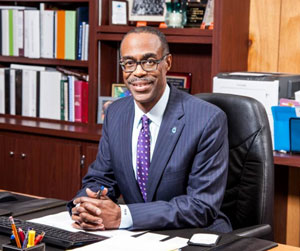 "Parkland student Cameron Kasky, a March for our Lives leader, tweeted about superintendent Runcie’s “awful leadership.” It was not the first time the superintendent had drawn fire. " I wonder if someone will soon visit the Kasky home and politely, but firmly, tell the boy to shut up and stick to bashing the NRA and Trump if he wants to see his 25th, let alone his 30th, birthday.
10 posted on 05/08/2018 5:15:38 AM PDT by OttawaFreeper ("The Gardens was founded by men-sportsmen-who fought for their country" Conn Smythe, 1966)
[ Post Reply | Private Reply | To 1 | View Replies]
To: Right Wing Assault

“I wonder what Attention Hoff and his merry band have to say about this.”

“You’re a racist,” about covers it.

Is that Marie Harf’s daughter on the left?

The false idea behind PROMISE is that juvenile criminals are less dangerous and evil than adult criminals. Mentoring and education without accountability and consequences doesn’t work any more for kids than adults.

Mass school shootings where kids are murdered are just SO funny!

“Saint” Trayvon Martin was such a student.

Liberal ideas and policies get liberal (mostly) kids killed. Liberal reaction, blame Conservatives and the NRA. This is much like Flint, Michigan. A Democrat run city changes where the water supply comes from and is contaminated with lead. The liberal answer, blame the GOP Governor that had nothing to do with the decision.

I hate to say this but civil lawsuits against Runcie and the District are probably the way to go.

Another post going into my running account on the Parkland disaster http://www.theusmat.com/index.htm
While the MSM was busy banging away at guns and the NRA dominating the news cycle while there were some important elections occurring . The Republicans should have been countering the media assault by citing the failures of the Promise policies created by the untouchable Obama administration and installed by the democrats at the M.S.Douglas High School in Parkland .

It seems there was an effort by some members of the Florida state legislature urging Florida’s governor Scott to relieve the Broward county sheriff which went rebuffed and unreported. But the reaction by the BCSD Broward County Sjeriff’s Department was only symptomatic of the policy failures installed at the M S Douglas HS that allowed those murders to occur.

If Scott had done so.The focus would have been on the so called “Promise Policies” enacted by the Marjory S Douglas school board supported by the previous Obama administration. It would have exposed the mind set of excessive permissiveness toward correction of any violation requiring disciplinary action.like : Drug use and sales , lockers ,cars broken into or stolen. Likewise, books and ,bikes. Not to mention student vs student and student vs teacher altercations. Creating what was hardly an idyllic scholastic setting let alone offer student security. Add to that the lowering of scholastic standards. All going lightly dealt with or given glowing fabricated results.and richly rewarded by the previous administrations “She-he- it” movement through DOJ grants..

Because of this the focus was not directed at policy failure’s cause and effect. . But against guns and the NRA.thus allowing the conditions which existed that permitted such lax security and the murders to occur go blameless which reduces the schools legal culpability Sources provided in ..http://www.theusmat.com/index.htm