Republicans are panicking as internal polls show Don Blankenship, a coal baron who spent time in jail for a mining disaster that killed 29 workers, surging into the lead in the West Virginia Senate GOP primary over Attorney General Patrick Morrissey and Congressman Evan Jenkins.

The results of an internal campaign poll conducted for one rival Senate campaign on Saturday and Sunday were: Blankenship 31 percent, Jenkins 28 percent, Morrissey 27 percent.

Politico reported Saturday night that internal polling showed Blankenship surging, but the specific numbers are being reported for the first time by THE WEEKLY STANDARD.

President Donald Trump, who overwhelmingly carried the state in 2016, weighed in on Twitter Monday morning: “To the great people of West Virginia we have, together, a really great chance to keep making a big difference. Problem is, Don Blankenship, currently running for Senate, can’t win the General Election in your State...No way! Remember Alabama. Vote Rep. Jenkins or A.G. Morrisey!”

"If it's truly a two-point race, that Trump tweet is going to make a difference," one West Virginia Senate campaign official tells THE WEEKLY STANDARD. What explains the Blankenship surge? “The debate [Monday on Fox News] helped him because Morrissey and Jenkins did what’s kind of playing out on TV--they’re slicing each other up,” says the campaign official. “Don got to be a one-liner folksy guy.” Second, Blankenship has taken up all the news coverage in the race by labeling Senate majority leader Mitch McConnell as “cocaine Mitch” and launching racist attacks against McConnell for creating jobs for “China people.”

Claire McCaskill invented this Democrat trick in her 2012 Senate race. She supported the ‘Republican Todd Akin in the primary and he won. Her campaign spent several millions to help Akin win the primary and then she destroyed him in the general. She is up to the same trick this year.

I haven’t seen the numbers, but I think that the Democrats advanced Judge Moore’s candidacy until he was the nominee and then the big donors rolled out the women from Moore’s past. All planned and set up to destroy Moore. It worked. They are doing the same thing in West Virginia. If they succeed, Manchin will win.

Presumably they only polled Republicans (it’s an internal poll) so it could be even worse when you count any Democrat voters who might vote for him as an act of political sabotage.

I am completely opposed to open primaries. Political parties are private organizations. Why should they be allowed (or forced) to permit their opponents to participate in their primaries?

That war was fought in major battles and minor skirmishes all over the state. Lots and lots of people and I would guess all families were severely injured financially. Businesses both large and small were devastated. Jobs simply disappeared. Local governments were devastated as state funds dried up. State funds heavily relied on coal severance tax that simply vanished. Governments simply could not operate like the once did.

Blankenship is a coal guy through and through. He likely has a following among say tire dealer employees that lost their jobs to the war on coal. They were dependent on coal vehicles that used tires.

I have no dog in the fight but visited the state many times and saw and heard the bitter recriminations from folks who could do nothing to make it all go away. A return of coal prosperity might be best assured by electing Blankinship 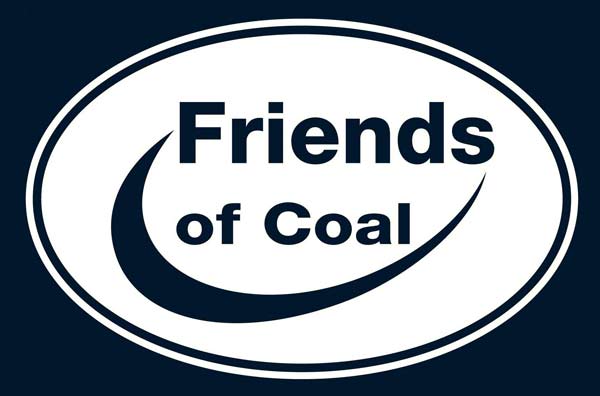 To: bert
A return of coal prosperity might be best assured by electing Blankinship.

Which isn't going to happen. Who in their right mind would elect a Senator who has a parole officer?

Sort of like that old movie “Network”.....”I’m mad as hell and I’m not going to take it anymore.

President Trump is trying to Roy Moore this Blankenship guy.

This guy who was prosecuted by the feds is getting his payback at the ballot box.

Government rules and regs make us all angry at one point or another.

The history of mining, mine accidents, mineworkers unions all play into WV politics.

We shall see what the voters have to say tomorrow.

Not her fault some ego centric power hungry sobs decided to spoil the election.

Fair statement. My opinion is that Jenkins is a Rino and Morrissey, a New Jersey carpet bagger, reminds me of Mitch McConnell. Blankenship is what's left for a protest candidate despite his criminal safety record as a mine owner that led to a felony conviction and prison term. Bottom line the GOP will hand reelection to Manchin.

That’s all well and good

Have you ever seen his commercials? The man is a stupid as they come

Always nice to have an obvious troll running around

But the opponents of Blankenship, like Trump, have only said, “Vote for one of the other guys!” Splitting the vote like that is a sure way for Blankenship to win.

President Donald Trump, who overwhelmingly carried the state in 2016, weighed in on Twitter Monday morning: “To the great people of West Virginia we have, together, a really great chance to keep making a big difference. Problem is, Don Blankenship, currently running for Senate, can’t win the General Election in your State...No way! Remember Alabama. Vote Rep. Jenkins or A.G. Morrisey!”

“If Blankenship wins the primary, u can write WV off as a GOP gain.”

As certain as the day is long.

I actually traded posts with one of his supporters yesterday. He insisted I answer his question:

“If not China people, or China Man, what are we supposed to call them”?

Trump tweeted this morning to NOT vote for Blakenship.

By all means vote for a long-time democrat instead of Blankenship. I’m not talking about Machin I’m talking about Jenkins, the McConnell RINO in the race. Morrisey would be OK and might be able to beat the fraud Machin.
Blankenship is more like Trump than either one of them.