Donald Trump’s former chief strategist Steve Bannon has described the Trump Tower meeting between the president’s son and a group of Russians during the 2016 election campaign as “treasonous” and “unpatriotic”, according to an explosive new book seen by the Guardian...

..He is particularly scathing about a June 2016 meeting involving Trump’s son Donald Jr, son-in-law Jared Kushner, then campaign chairman Paul Manafort and Russian lawyer Natalia Veselnitskaya at Trump Tower in New York. A trusted intermediary had promised documents that would “incriminate” rival Hillary Clinton but instead of alerting the FBI to a potential assault on American democracy by a foreign power, Trump Jr replied in an email: “I love it.”

“Even if you thought that this was not treasonous, or unpatriotic, or bad sh- t, and I happen to think it’s all of that, you should have called the FBI immediately.”

“You realise where this is going,” he is quoted as saying. “This is all about money laundering. Mueller chose [senior prosecutor Andrew] Weissmann first and he is a money-laundering guy. Their path to f--ing Trump goes right through Paul Manafort, Don Jr and Jared Kushner … It’s as plain as a hair on your face.”

Yes, I have seen no denials from Bannon. Just as the tide was turning in favor of Trump, this kook has to run his mouth with wild charges about the people who helped him. Just like promoting Roy Moore over Mo Brooks for the Alabama Republican Senate nomination, a total disaster engineered by Bannon.

The Founding Father made the definition of treason very specific. They had the empty of Judge Jeffrys and TH “Bloody Assizes”. Where treason & hanging was handed out like tea and biscuits for any minor offence that could be construed to be against the king.

Nothing happened at the meeting. She was a lobbyist and the whole thing was about the adoption.

Now go back....and recall that Obama told Putin to stick it with his (Putin's) adoption policy.

He had a little help. 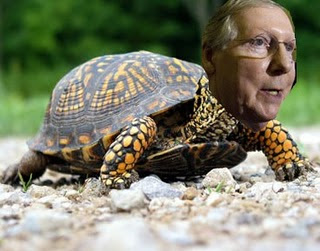 I saw some crazed article the other day about Bannon running for President in 2020. He has about as much chance of winning that job as Michael Moore whom he resembles except for the baseball cap.

Treason is part of the Demonicrats' DNA.

To be clear, this is not Bannon’s book. This is an author recounting what Bannon supposedly told him.

Doesn’t matter unless he denies it. Drudge has “Bannon Turns” in red alert letters on his website. The charge that is most redline to me is not about the diotic “treason” claim but that Don Jr. was somehow engaged in money laundering.

51 posted on 01/03/2018 7:16:10 AM PST by laconic (uir)
[ Post Reply | Private Reply | To 50 | View Replies]
To: Incorrigible
There's nothing new here to implicate anyone in actual criminal activity - it's just Bannon settling scores and burning bridges.

The left will screetch, and Bannon will be their hero of the hour (odd how the left will embrace a “Nazi” if he's bashing Trump), until they go back to hating him, which should be around this time next week.

Wait to hear from Bannon himself on this. If he said what the author said he said, Bannon is toast. If not, it’s just more Fake News.

What the hell is going on here?

What is wrong with all these people?

Bannon shooting himself in foot and taking everyone else down with him.

No one really likes success.

56 posted on 01/03/2018 7:24:38 AM PST by Chickensoup (Leftists today are speaking as if they plan to commence to commit genocide against conservatives.)
[ Post Reply | Private Reply | To 1 | View Replies]
To: Chickensoup

I’d hold off on judging it as true. Read Bannon’s twitter. He doesn’t sound like a person who would have made these statements, no matter how much he was feuding with Jivanka.

Yeah, I just saw this on Drudge, and nearly tossed my breakfast.

Yes, if Bannon really said this, he is what the Commies used to call a “useful idiot”. A useful idiot furthers their agenda, can get a few favors from them in return (like access to stores that had western goodies not available to the general public), and then they are tossed overboard like the used trash that they are.

Treason giving rockets to ISIS while they kill christians and jews and rape pre-teen girls and declare war on the US.

Treason taking campaign contributions from the chinese military and letting then buy loral missile guidance technology and cray supercomputers to run the software.

Treason giving Iran billions to develop there nuke program and foster more terrorism after we declared them the number 1 terrorist state in the world.