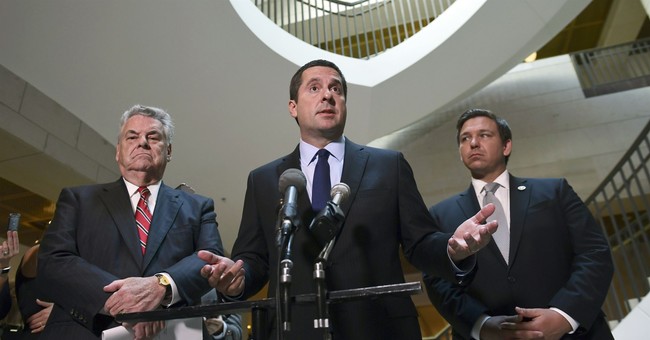 Some lawmakers are incensed, but not wholly surprised by this week's bombshell report from Politico that the Obama administration knowingly derailed an anti-Hezbollah investigation because it would have threatened the nuclear deal with Iran.

The Drug Enforcement Administration was so convinced that Hezbollah was amassing $1 billion a year from drug and weapons trafficking that it started Project Cassandra in 2008, an under cover investigation, to follow the money. Yet, according to Politico's sources, the Justice and Treasury departments "delayed, hindered or rejected" requests from project members as they sought answers.

Rep. Ron DeSantis (R-FL) expected such meddling from the Obama White House, but even he was surprised as to the extent of the interference.

"Hezbollah is a brutal terrorist group with American blood on its hands and it would be unconscionable for American policy to deliberately empower such a nefarious group," he said.

We've had our suspicions about Obama's Iranian nuclear deal for quite some time. A New York Times Magazine report in May 2016 revealed that the administration went to some length to spin a narrative that we were negotiating with a regime that was becomingly increasingly moderate. We now know that wasn't true and Deputy National Security Adviser Ben Rhodes was simply acting like a "storyteller." 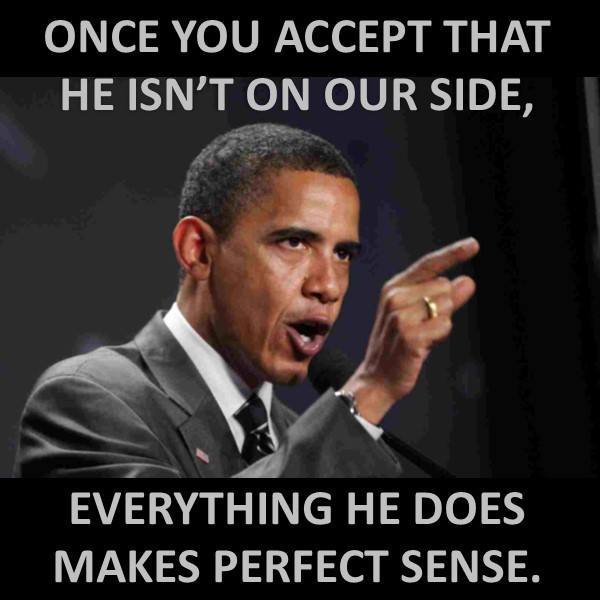 Why are they acting like any of this is new or even News???

Seeds of Terror
How heroin is bankrolling the Taliban and al Qaeda.
http://failuremag.com/feature/article/seeds_of_terror/#ixzz35QhbgQ8K

Drug shipments off of Africa have “significantly increased since 2009”
http://www.khaleejtimes.com/kt-article-display-1.asp?xfile=data/international/2014/June/international_June26.xml&section=international

Obama secretly released high risk Taliban terrorists to the care of Qatar. (Qatar is where the US established for Taliban headquarters in 2011.)
http://www.businessinsider.com/the-us-offers-the-taliban-a-new-mideast-headquarters-2011-9

Islamic Revolutionaries under any name you google are tied to the Heroin trade along with most other drugs, as well as human trafficking.
http://www.newsweek.com/2013/06/12/talibans-new-role-afghanistans-drug-mafia-237524.html

Terrorists in “Americas Back Yard”

State Department Reports Hezbollah Increasing Drug and Terrorism in South America 2013
http://interamericansecuritywatch.com/exporting-terror-in-americas-backyard/
“There has indeed been a “marked resurgence” of Iranian state sponsorship of terrorism over the past 18 months. But as the new Nisman report drives home, here’s an even more disturbing fact — Iran has run intelligence networks in the United States’ backyard to “sponsor, foster and execute terrorist attacks” for decades.”

“Criminal plans” by Iran could be under way in Brazil, Colombia, Chile, Paraguay, Uruguay Suriname and Trinidad and Tobago, the report said.
http://www.cnn.com/2013/06/03/world/americas/iran-latin-america/

As “medical marijuana” legalization spreads across the country, police and other industry warnings about the dangers of legalizing marijuana ignored by media
http://www.flsheriffs.org/newsroom/entry/florida-sheriffs-pass-resolution-to-oppose-the-legalization-of-marijuana

DEA has been caught laundering money as well, “Agency officials declined to publicly discuss details of their work, citing concerns about compromising their investigations.”
http://www.nytimes.com/2011/12/04/world/americas/us-drug-agents-launder-profits-of-mexican-cartels.html?_r=3&pagewanted=1&partner=rss&emc=rss&;;

Obama shut down the NDIC in 2012, the itelligence agency dedicated to tracking terrorism funded by drug trafficking.
http://www.judicialwatch.org/blog/tag/national-drug-intelligence-center/
“Mexican cartel violence is at an all-time high along the increasingly porous southern border yet the Obama Administration has shut down a critical intelligence agency dedicated to identifying, tracking and severing the nexus between drug trafficking and terrorism.”

CONFIRMED: The DEA Struck A Deal With SINALOA Mexico’s Most Notorious Drug Cartel (They claimed feds agreed they could traffic into Chicago) JAN. 13, 2014
more: http://www.businessinsider.com/the-us-government-and-the-sinaloa-cartel-2014-1#ixzz30wXEcHSl

The link between drugs and crime, including violent crime, would be hard to overstate in Chicago. Eighty-six percent of adult males arrested in Chicago last year tested positive for drug use. Chicago, with a population of 2.7 million, had 506 murders in 2012, the highest per capita among the four most populous U.S. cities.
http://www.bloomberg.com/news/2013-09-17/heroin-pushed-on-chicago-by-cartel-fueling-gang-murders.html

The Truth About Chicago’s Crime Rates (cooking the books)
http://www.chicagomag.com/Chicago-Magazine/May-2014/Chicago-crime-rates/

Opiates are now the leading cause of accidental deaths, surpassing car crashes and alcohol. http://elitedaily.com/news/world/prescription-painkillers-overtake-car-crashes-leading-accidental-death-us/ “We are shocked...shocked we say, that there may be Treason afoot here!”

Congress as a whole should be ashamed. But then they wouldn’t be Congress.

Hezbolloh also offered Obama and Reggie all the coke he wanted for their own use.

No way he could say no to that.

The media that helped bammy get elected is going to suppress this, and if forced to report on it, will change the facts so as to make people believe that bammy is free of guilt, instead of the traitor to this country that he is.

OBAMA: “It’s taking too long to take Trump down. What’s the holdup?”

MUELLER: “I cant help it if all the Democrats’ wrongdoing comes up everywhere I dig.”

OBAMA: “Don’t you understand? Trump will unseal my records. I’ll never get rich quick off my foundations like the Clintons. And besides Michelle will kill me.”

MUELLER: What are you complaining about? I’m looking like the biggest incompetent in L/E trying to help you guys out.”

OBAMA: “You’ve got to do more. There’s stuff in my records that’ll finish me. Those SOB American patriots would love to get their hands on my background.”

MUELLER: “Cripes, you sound like you were an exotic Kenyan male escort before you got into politics.”

OBAMA “Aint no money in dick-licking. The real money is in politics.”

The look of a psychopath is always a bit unnerving particularly when he/it is a Muslim bastard child.

Place a travel restriction on the Kenyan Muslim Coke-head Twink.

Congress is SURPRISED to hear this “news”?

WHERE WERE THEY WHEN IT WAS HAPPENING?!?! ASLEEP???

These folks couldn’t keep our country safe if their grandchildrens lives depended on it.

They wait for crap to happen TO US, then get in front of cameras AFTER THE FACT.... and simply TELL us about it and why we should be outraged.

Then they let the criminals carry on as if nothing can be done...

I’ve had it with this treatment.

I think this is all a pushback against meuller’s farce. Start closing in on obama/clinton and they will tell meuller to end his witch hunt.

However, until then, I post my normal response to these stories: