The NFL has been hit hard with NFL boycotts, plummeting ratings, loss of ticket sales, and ultimately fans abandoning the league ever since President Donald Trump attacked those who chose to disrespect the flag. Despite all of this, Roger Goodell and the NFL have chosen to allow the protests to continue and haven't taken any disciplinary action on players.

Now, NFL stadiums have appeared to be taking a hit as thousands of seats have been empty. Just look at the pictures from the first set of games on Sunday: 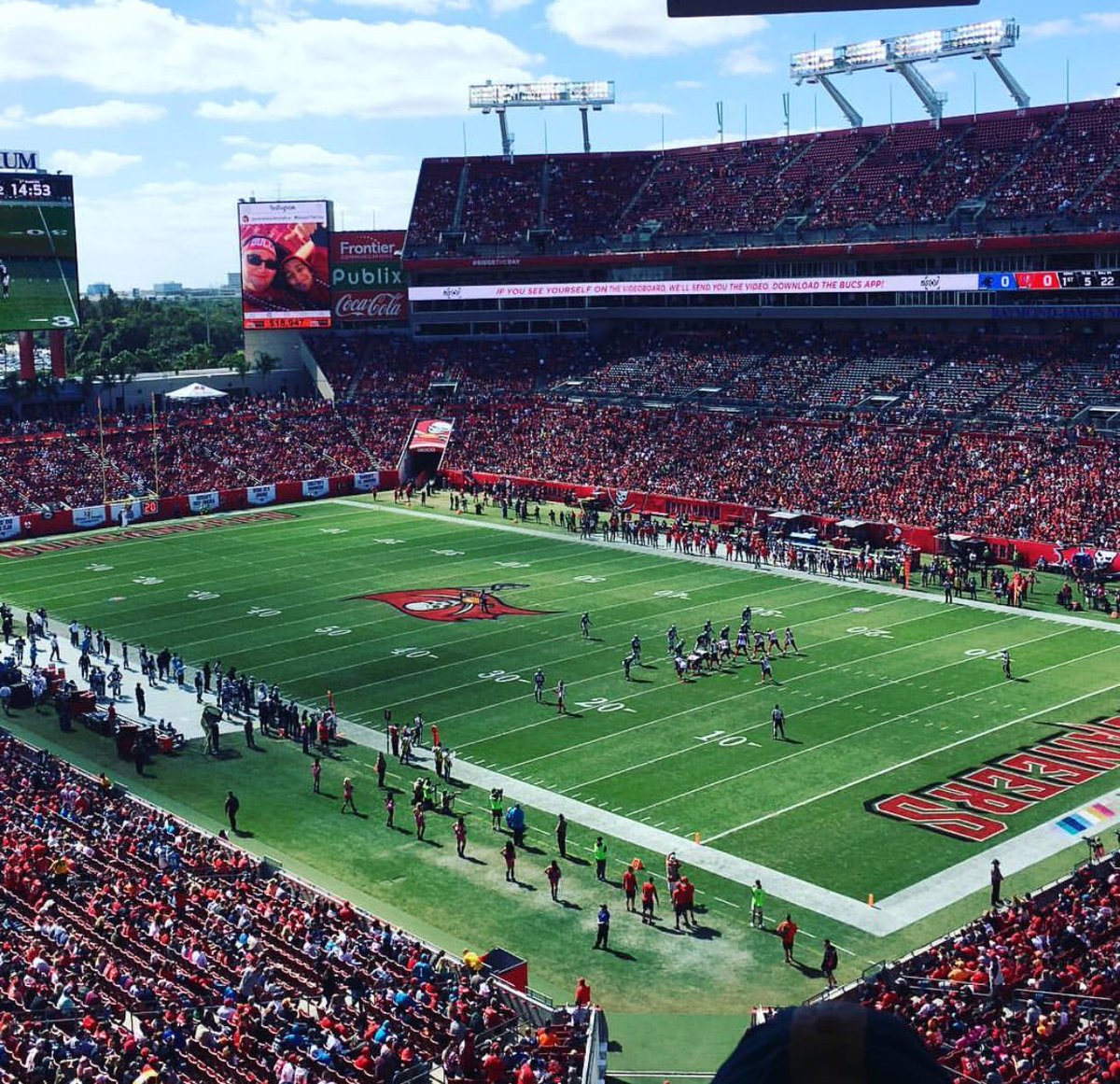 In all fairness... it’s the Bungles.

Bad teams have a hard time putting butts in seats. Show me New England or Dallas having a hard time filling the stadium and you’ve got something. The Bucs and Bengals regularly have issues as the season wears on and everybody realizes this is another lost season.

I would like to see some middle of the road cities. You can bet that GB, Chi, Dal and a few others will be sold out no matter what.

But as an anecdotal note: I am here in Dal and for the fun of it have been monitoring Stub Hub sales in some sections of Jerryworld.

The trend has been for seats that were going for $1100 in week one are now down to about $600. I think demand is slowing a LOT.

But it isn’t scientific.

“Additional Civil War period lyrics
In indignation over the start of the American Civil War, Oliver Wendell Holmes, Sr.[28] added a fifth stanza to the song in 1861, which appeared in songbooks of the era.[29]

When our land is illumined with Liberty’s smile,
If a foe from within strike a blow at her glory,
Down, down with the traitor that dares to defile
The flag of her stars and the page of her story!
By the millions unchained who our birthright have gained,
We will keep her bright blazon forever unstained!
And the Star-Spangled Banner in triumph shall wave
While the land of the free is the home of the brave.”

Just wait until the pay cuts and lay offs hit.

I watched about 10 minutes of this game. This is all of the NFL I’ve watched this year. I noticed that the camera angles were real tight and did not really stray from the actual field. I assumed that the league didn’t want me seeing the crowd size.

NY Jets tickets for home games against New England used to be a hot commodity. A couple of weeks before the game in the Meadowlands I saw someone offering four tickets for $5 above face value. I believe this was when the Jets were a surprising 3-2, as well. That’s not scientific but it can’t be good for the NFL.

Some folks just Like having Their Noses rubbed in A Steaming Pile of Sh-t!

I think those suffering in silence are those outfits who sell sports paraphernalia (and Christmas is right around the corner), and food vendors - in and outside of the stadium).

Collateral damage so to speak.

Not that the boneheads responsible for this give a care less.

Layoffs already started at league offices, films, and network. May only be coincidental, but ...

Super Bowl ads will be going for a buck 97 per 30 seconds at this rate.

That will be the wake up call.

“The NFL has been hit hard with NFL boycotts, plummeting ratings, loss of ticket sales, and ultimately fans abandoning the league ever since President Donald Trump attacked those who chose to disrespect the flag. “

It was happening before Trump said anything.

SB ads are all on YouTube anyway so what’s the point?

Jets tickets for todays game were $5, but dropped to $3 just before the start:

17 posted on 10/29/2017 1:40:57 PM PDT by 11th_VA (Kudos to President Trump for denouncing ALL violence)
[ Post Reply | Private Reply | To 10 | View Replies]
To: 11th_VA
So, why are there any people at all attending or watching any NFL games at all? Roger Goodell and the NFL team owners have made their point crystal clear: money and player's idiot feelings trump the Nation Anthem and patriotism.

Boycott the NFL, their products and the sponsors. 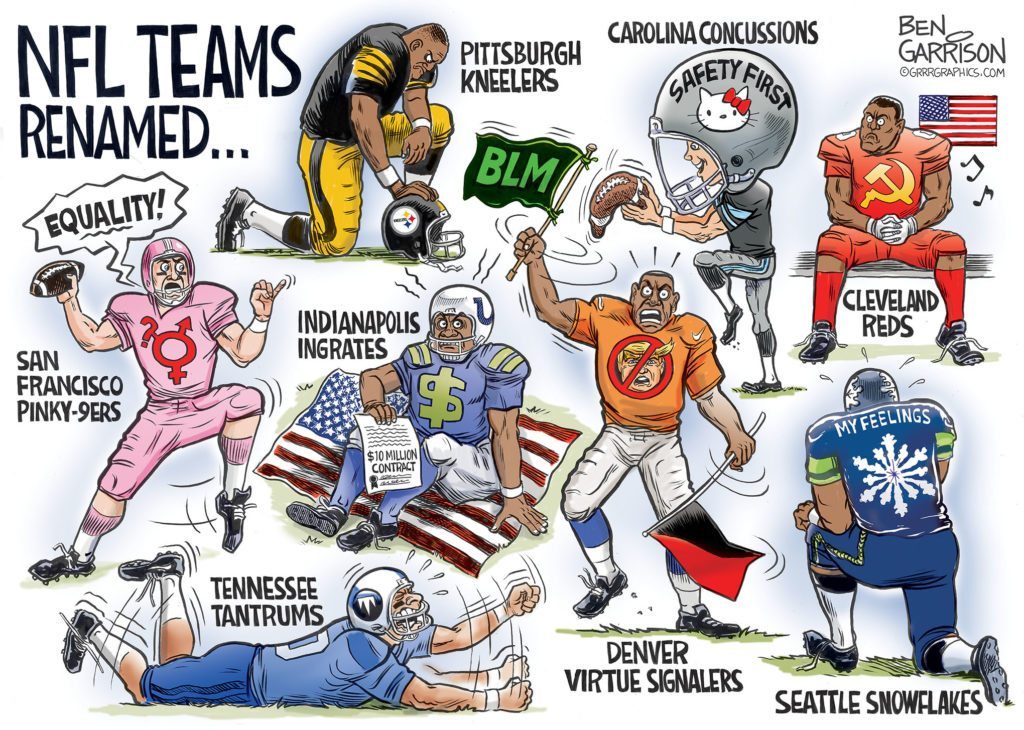 The Daily Caller ^ | 10/26/2017 | Nick Givas
The San Francisco 49ers weighed in on the national firearms debate Thursday, announcing their $500,000 donation to push for more gun control and a ban on bump stocks. The team is partnering with local and national law enforcement in an effort to create a “safer America,” by banning silencers and and armor piercing rounds, according to ESPN writer Nick Wagoner. A portion of the donation will also fund public service announcements geared towards police brutality and violence. {..snip..}
20 posted on 10/29/2017 1:53:20 PM PDT by ForYourChildren (Christian Education [ RomanRoadsMedia.com - Classical Christian Approach to Homeschool ])
[ Post Reply | Private Reply | To 1 | View Replies]
Navigation: use the links below to view more comments.
first 1-20, 21-40, 41-57 next last