State Department Tells Court It Processed only 32,000—And Has Yet to Review 40,000 Clinton Records.

The hearing focused on the State Department’s progress on processing the tens of thousands of emails Clinton failed to disclose when she served as Secretary of State, some of which were emails sent by Clinton aide Huma Abedin that were found on the laptop of her estranged husband Anthony Weiner. The State Department has processed 32,000 pages of emails so far, a small number of which have been released, but 40,000 pages remain to be processed.

Judicial Watch asked the court to require the State Department to identify any records from the seven FBI discs that it intends to withhold, and why, in a timely manner.

Surprisingly, the Tillerson State Department and Sessions Justice Department previously argued to the court that there was diminished public interest in the Clinton emails.

The State Department has produced 23 batches of documents so far. At the current pace, the Clinton emails and other records won’t be fully available for possible release until at least 2020.

Clinton attempted to delete 33,000 emails from her non-government server. The FBI investigation recovered or found a number of these missing emails, many of which were government documents.

“Secretary Tillerson should be asked why his State Department is still sitting on a motherlode of Clinton emails,” said Judicial Watch President Tom Fitton. “It is disheartening that an administration elected to ‘drain the swamp’ is stalling the release of documents to protect Hillary Clinton and the Obama administration.”

Harry Reid’s BLM vs Bundy Ranch was about land for Uranium One
wait till the lid gets blown off that one! 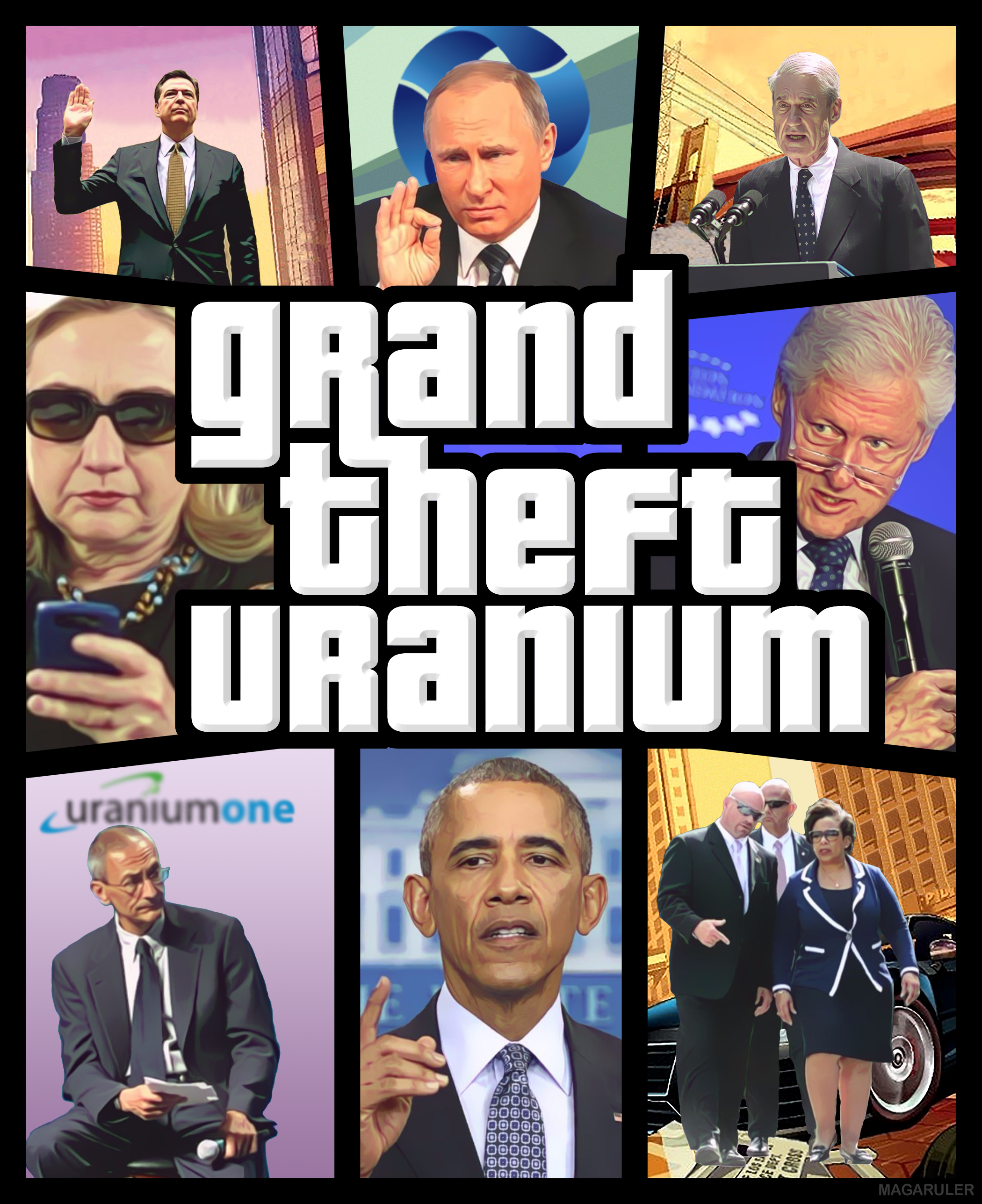 Hillary Clinton, Uranium One, and the Bundy BLM Protest

The first statement Julian Assange made at the beginning of the Podesta Leaks was about Uranium One. https://wikileaks.org/podesta-emails/press-release

This went largely unnoticed as 2 hours later a tape was leaked of Donald Trump having a lewd conversation about women.

Before the Podesta Leaks started, The NY Times had found a connection to Hillary Clinton and pay for play criminal activity with the Uranium One deal where Russia gained 20% of US yellowcake uranium mining rights in places like Oregon and Washington.

BLM acquires land in Southern Oregon for Uranium One: http://www.blm.gov/or/energy/uranium.php

The Bundy Standoff was something I followed closely in January of 2016 as it unfolded and I couldn’t understand why the media was spreading so much disinformation about it.

The general opinion in the MSM was that these were white, conservative terrorists committing arson on federal land and were illegally occupying a federal building with guns. One of the protesters named LaVoy Finicum was shot in the back and killed on video by FBI agents: https://youtu.be/9DGXDgzOCls

I oppose mandatory minimum sentences and the government taking private land so I could totally understand why they were protesting.

The video testimony taken by “The Oregonian” from Ammon Bundy and LaVoy Finicum showed they were on their way to give a presentation in a neighboring county for a group of 400 concerning the grievances they had with the BLM when the FBI tried to stop and arrest them for “preventing Fish & Wildlife service officials from fulfilling their duties” due to the peaceful occupation of a service building.

From the words of the protesters: “The short summary is: in an effort to draw attention to a ridiculous arrest of a father and son pair of Oregon Ranchers (“Dwight Lincoln Hammond, Jr., 73, and his son, Steven Dwight Hammond, 46,) who are scheduled to begin five year prison sentences (turning themselves in tomorrow January 4th 2016), three brothers from the Cliven Bundy family and approximately 100/150 (and growing) heavily armed militia (former U.S. service members) have taken control of Malheur Wildlife Refuge Headquarters in the wildlife reserve. They are prepared to stay there indefinitely.” http://www.resurrecttherepublic.com/the-truth-full-story-of-federal-abuse-of-power-unconstitutional-land-grab-of-hammond-family-ranch/

The Hammonds were charged with terrorism when they set a backfire after a lightning storm has started a wildfire. The backfire saved their home and put out the wild fire saving thousands of acres.

The Hammonds had received a reduced sentence of 3 months and 12 months and had to pay the BLM $400,000. The Judge ruled the mandatory minimum unconstitutional violating the 8th Amendment to the US Constitution.

A new judge “re-sentenced” them in 2014 for the entire 5 year mandatory minimum. They are now forced to sell their ranch to pay the BLM or face further prosecution.

The Bundy Protest was a peaceful protest over the Hammond’s re-sentencing and only turned violent with FBI shot and killed LaVoy Finicum after he exited the vehicle with his hands up and then agents laid siege to the 3 screaming occupants of the vehicle with flashbangs and gas rounds.

The FBI was also documented posing as militia harassing people in town and trying to turn public opinion against them. The Harney County Fire Chief of over 20 years resigned because he was told to “back off” when he followed FBI agents posing as militia and snooping around the Armory.

The night before his death, LaVoy claimed the demeanor of the FBI agents had suddenly changed and he expected them to be escalating the situation soon.

Originally, only the FBI drone footage of LaVoy Finicum’s death was released with no audio and it made the shooting seem justified. It looked like LaVoy was simply refusing to comply and reaching for a gun. The occupants in the truck claim hundreds of shots were fired but the mainstream media denied this claim.

Later the cell phone from inside the truck was released which showed the FBI shooting first and confirmed the additional shots fired after Lavoy’s death. This led to the investigation into lies told by the FBI agents which the mainstream media never picked up.

The Bundy Protesters were arrested and went to trial on Federal conspiracy and guns chargers. All defendants were found NOT GUILTY. http://www.oregonlive.com/oregon-standoff/2016/10/oregon_standoff_verdicts_annou.html

This was after a juror had been removed after it was discovered he was a former BLM employee. http://www.seattletimes.com/seattle-news/juror-dismissed-in-oregon-standoff-trial-over-bias-concern/

The trial had also been expedited to happen “as soon as possible” and ended up happening during the election season so it received almost no media coverage. http://www.oregonlive.com/oregon-standoff/2016/02/federal_judge_presses_prosecut.html

They blocked the article from the web archive: https://web.archive.org/web/*/http://www.oregonlive.com/oregon-standoff/2016/10/oregon_standoff_verdicts_annou.html

The fight is not over. The Bundys are still facing separate charges: http://www.kgw.com/mb/news/local/ammon-ryan-bundy-head-to-nevada-for-new-felony-charges/346367891

I learned about the Uranium One connection to Malheur County and the BLM in January 2016 so when I saw the Wikileaks dump in October of 2016 was about Uranium One I connected the dots and I’ve been researching since.

Its circumstantial, but the dates and potential BLM and State Department involvement are what really makes me see a connection.

The Hammonds were the last land owners fighting the BLM and were re-sentenced the year after Russia finalized the Uranium One deal.

BLM acquiring land for Uranium One in Malheur County: http://www.blm.gov/or/energy/uranium.php

NY Times article from 2015, $2.35 million in donations to Clinton Foundation from Uranium One Chair: Https://www.nytimes.com/2015/04/24/us/cash-flowed-to-clinton-foundation-as-russians-pressed-for-control-of-uranium-company.html?_r=0

FBI agents under investigation for lying about 2 shots: http://www.oregonlive.com/oregon-standoff/2016/03/oregon_standoff_fbi_agents_und.html

Ammon Bundy comments from prison on death of Finicum: https://youtu.be/PSG8yYGGy98

Lavoy Finicum speaks about Feds day before his death: https://youtu.be/N1DiMtcZXCA

Judge that reopened the Hammond case nominated to the court by Bill Clinton in 1995, 1997: https://en.wikipedia.org/wiki/Ann_Aiken?wprov=sfsi1

Yeah, yeah. The media will not bother to tell the public.

That image needs to be resized for those of us on mobile devices like iPads.

Forgive me if I don’t hold my breath waiting for a fair press.

It was big even for folks with 27” monitors.

Still no mention on Drudge.

Drudge never heard of no uranium. He doubts if the stuff even exists.

Kushner told him its nothing.

The thorn in our Congress' side, JUDICIAL WATCH.

Seeking TRUTH on behalf of the American people, JUDICIAL WATCH!

Stick it to the swamp dwellers, JUDICIAL WATCH!!!!

The statue of limitations should not start running until the documents have been turned over.