Donald Trump on DACA: ‘Chuck and Nancy Want to See Something Happen — and so Do I’
Breitbart ^ | 7 Sep 2017 | Charlie Spiering

“Chuck and Nancy would like to see something happen, and so do I,” Trump said, referring to Democratic leaders Nancy Pelosi and Chuck Schumer.

The president suggested that ideal legislation would include border security funds and a permanent fix for DACA .

“I’d like to see a permanent deal, and I think it’s going to happen,” he said. “I think we’re going to have great support from both sides of Congress.”

We need to know the ages of these Dreamers and how long they have been in the US.

7 posted on 09/07/2017 7:54:23 AM PDT by ClearCase_guy (Benedict McCain is the worst traitor ever to wear the uniform of the US military.)
[ Post Reply | Private Reply | To 1 | View Replies]
To: robroys woman
RE:”He’s sticking it to the RINO’s.
One thing I’ve always found comical about the phrase, “the enemy of my enemy is my friend” is, which of the two enemies is your friend?”

So you are saying that Pelosi and Schumer are now your friends?

Well if Trump legalizes these Dreamers permanently then they will vote for your new Democrat friends.

I recall when they passed Obamacare without a single GOP vote.

Imagine what they would do given another chance. 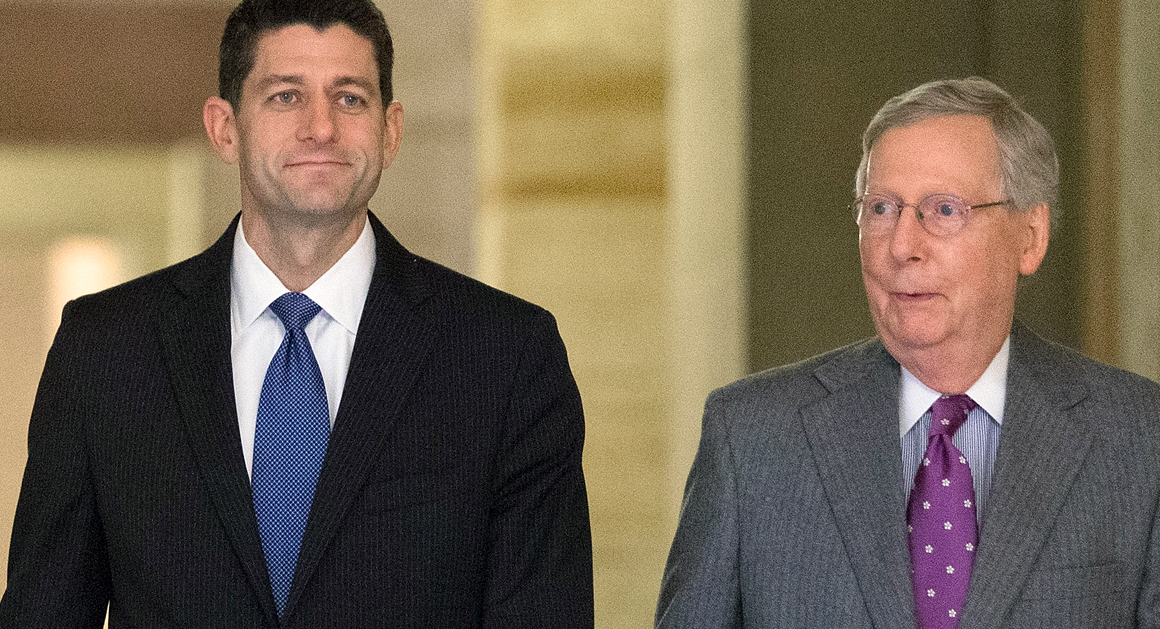 10 posted on 09/07/2017 7:57:25 AM PDT by CatOwner
[ Post Reply | Private Reply | To 1 | View Replies]
To: ClearCase_guy
RE:”This is how politics is supposed to be done. The legislative body ought to create legislation. The two parties should approach this in a bipartisan manner.”

That is how Planned Parenthood and Obamacare keep on being funded, working with Dems.

Why would they fail to get a bill now that Trump gave Ryan and McConnell the Green light to go for Democrat votes.

Trump owns everything he signs.

The kernel of my comment is in the last questions.

The phrase is a phrase with an understood meaning. The word “friend” is not to be taken literally.

The good news is that he is ramping up the pressure on the R’s to do their frickin’ job and grow a pair. We tire of this #uniparty nonsense.

I agree - the Dems may well give him his wall in exchange for DACA. It seems the RINOs are more hell-bent against the wall than even the Dems.

Trump is rightfully pissed at the RINOs and Republican leaders, particularly regarding the Wall. It was the keystone of his campaign, costs next to nothing (relatively speaking), and more than pays for itself in lowering illegal immigration.

Yet the RINOs seem DETERMINED to still stop the wall, which makes me think that the RINOs actually want his presidency to fail (since there’s really no other reason to block the wall). So, given that, what, exactly, is worse about dealing with the Democrats, who also want the same thing?

And it is more difficult for Democrats to stab you in the back.

Sounds like he is ramping up the pressure for them to give in on yet MORE of Pelosi and Schumer's demands.

That’s what can happen to Never(support)Trumpers.

I doubt this will be enough to get PRyno’s and Ditch’s attention, but we will see.

Shades of Bush Sr, and his bipartisan agreement that killed his read my lips pledge.