Silicon Valley significantly escalated its war on white supremacy this week, choking off the ability of hate groups to raise money online, removing them from Internet search engines, and preventing some sites from registering at all.

The new moves go beyond censoring individual stories or posts. Tech companies such as Google, GoDaddy and PayPal are now reversing their hands-off approach about content supported by their services and making it much more difficult for “alt-right” organizations to reach mass audiences.

But the actions are also heightening concerns over how tech companies are becoming the arbiters of free speech in America. And in response, right-wing technologists are building parallel digital services that cater to their own movement.

Gab.ai, a social network for promoting free speech, was founded shortly after the presidential election by Silicon Valley engineers alienated by the region’s liberalism. Other conservatives have founded Infogalactic, a Wikipedia for the alt-right, as well as crowdfunding tools Hatreon and WeSearchr. The latter was used to raise money for James Damore, a white engineer who was fired after criticizing Google’s diversity policy.

“If there needs to be two versions of the Internet so be it,” Gab.ai tweeted Wednesday morning. The company’s spokesman, Utsav Sanduja, later warned of a “revolt” in Silicon Valley against the way tech companies are trying control the national debate.

“There will another type of Internet who is run by people politically incorrect, populist, and conservative,” Sanduja said.

But Antifa, the Anarchists, Black Lives Matter, Code Pink, La Raza, LULAC and that ilk are good to go?

The left always goes too far, get a reaction, then want to pee themselves about the reaction.

In the not too distant future these nazi tech companies, like the democrat party does with its own past, are going to find themselves occupied with trying to conceal their anti-free speech efforts back in 2017. 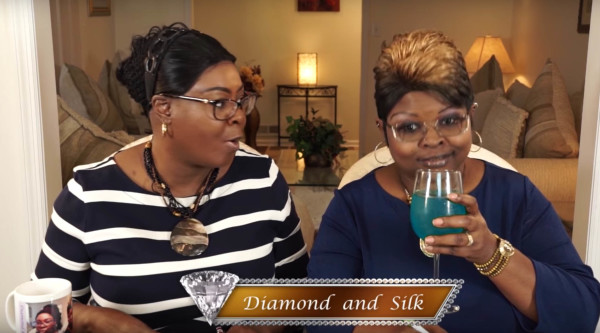 When the pendulum swings, and it will, there will be no place on earth for them to hide.

You know, McCarthyism and Witch Hunts and Censorship are unAmerican.

But Sergey Brin and the CEO of Google aren't "American" so it's all cool, amirite?

Time to bring back the House Un-American Activities Committee and the Senate Internal Security Committee.

It’s never a good idea to ostracize 47% of the people who care.

What about CAIR, Muslim bortherhood, etc. ?

I’m wary of the intentional conflation of “white supremacy” and “alt-right” in this piece: there’s overlap, but they’re not the same. From all I’ve seen, “white supremacists” are a splinter of the “alt-right,” and the rest of the alt-right holds them in no high regard, because of the heaping derision they haul down upon the broader group.

“From all I’ve seen, “white supremacists” are a splinter of the “alt-right”

But what is “right wing” about racism? How come we got stuck with it?

And what’s so right-wing about these “white supremacists?” Can’t be their commitment to human liberty, small government, and strict constructionism.

Didn’t McAuliffe mention that Virginia has survived McCarthyism in his rant after the incidents this past weekend? I thought McCarthy had been vindicated; what was there to “survive”?

YouTube is doing this to many other contributiors. There is a guy if watched some who is having videos removed for no valid reason.

They are thought control commissars.

This is something they have spent billion fighting over the last 20 years.

Don’t they have lawyers?

They have nothing to fear, as long as their side owns the courts.