The pop star Ariana Grande has canceled the remaining dates of her "Dangerous Woman" tour following the murder of 22 fans (at the time of writing) and the injury of dozens more at her concert in Manchester. The Manchester Royal Infirmary reports that half the victims brought to the hospital overnight are children. The killer was a suicide bomber. Theresa May says the police believe they know his identity. The usual, predictable details will follow. [UPDATE: He's Salman Abedi, the Manchester-born son of Libyan refugees and another "known wolf".]....

...Carrying on in Germany, Angela Merkel pronounced the attack "incomprehensible". But she can't be that uncomprehending, can she? Our declared enemies are perfectly straightforward in their stated goals, and their actions are consistent with their words. They select their targets with some care.

Just the kind of head of state Germany needs.

Motive has yet to be determined.

If Merkel, the leader of Germany, really used the word “incomprehensible” implying that she cannot understand how such an attack could take place, then it really is time to dissolve NATO. 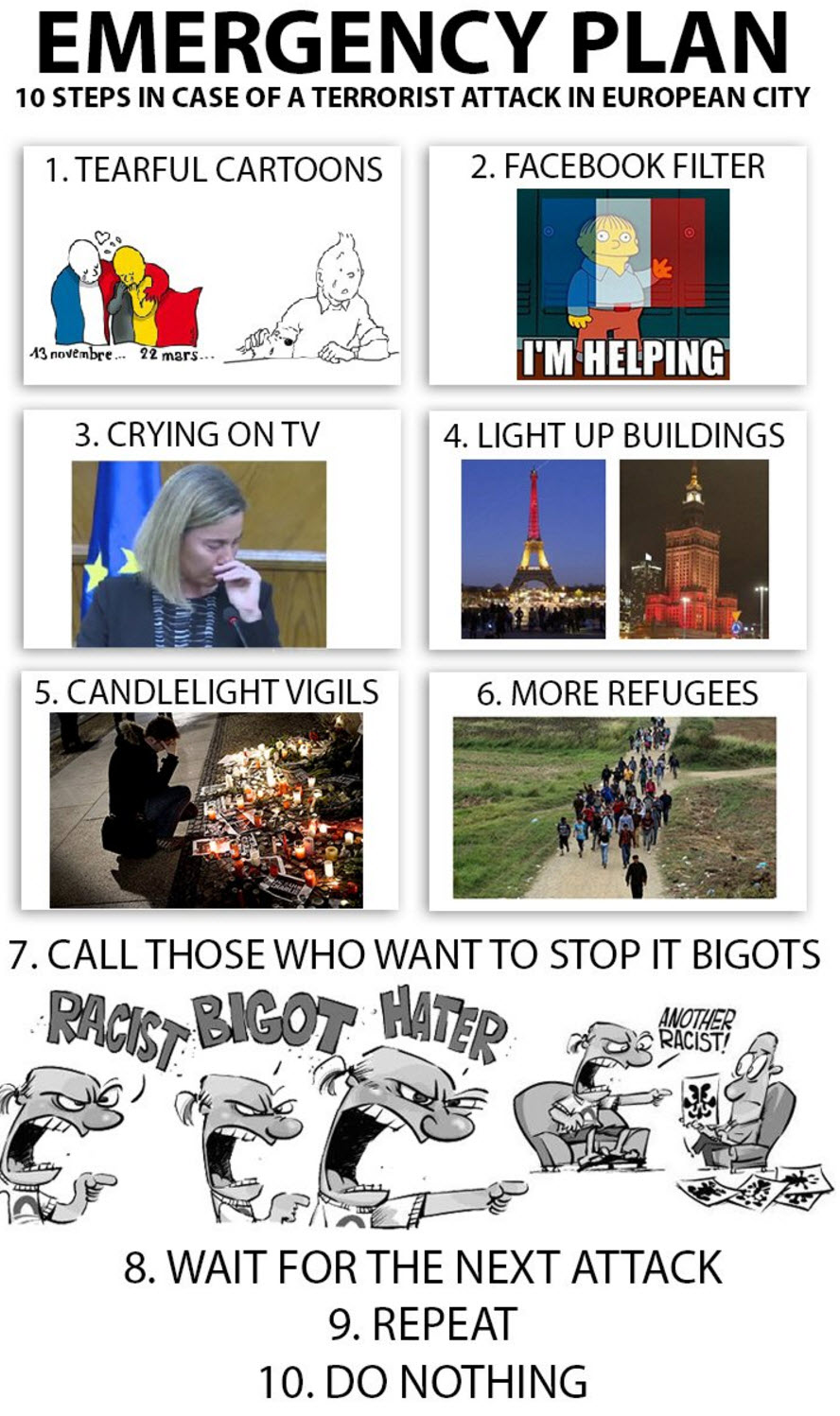 One of Mark’s better articles!

“So many young, beautiful, innocent people living and enjoying their lives murdered by evil losers in life. I won’t call them monsters because they would like that term, they would think that’s a great name. I will call them losers because that’s what they are. They’re losers. And we’ll have more of them. But they’re losers, just remember that.”
- President Donald Trump, from Israel

Wikipedia says Ariana Grande’s real name is Ariana Grande-Butera. Wise choice to drop the second half of the name other wise it looks like “Ariana Big Butt”.

Mark Steyn is the rightful heir to the Tom Wolf throne.

Remember 35 years ago when the Brits fought and took the Falklands back from Argentina after they invaded?

11 posted on 05/23/2017 2:18:04 PM PDT by Snickering Hound
[ Post Reply | Private Reply | To 1 | View Replies]
To: Enchante
Steyn is always good but this one is a must-read. The progress of terrorism's victim targets is rather interesting: first, the Jews, but who cares about them?

For a while, it was Europe's Jews, at a Brussels museum and a Toulouse school and a Copenhagen synagogue and a Paris kosher supermarket. But Continentals are, except for political photo-ops on Holocaust Memorial Day, relatively heartless about dead Jews

Then gays, whose perennially shrieking social activists shut up abruptly as if the tap had been turned off.

So they moved on to slaughter 49 gays in a nightclub in Orlando - the biggest mound of gay corpses ever piled up in American history and the worst terror attack on American soil since 9/11. But all the usual noisy LGBTQWERTY activists fell suddenly silent... And those Democrats who felt obliged to weigh in thought it was something to do with the need for gun control...

Down the memory hole already. Christian bakers were easy, they don't kill people. Then national targets:

So they selected symbols of nationhood, like France's Bastille Day, Canada's Cenotaph, and the Mother of Parliaments in London. But taking seriously assaults on your own nation's symbols would require you to take your nation seriously, and most western citizens are disinclined to do so.

Europe's in particular, but hardly exclusively. The fantastic vanity on the part of globalists that if nationalism disappears, peace will ensue, is put to the lie every time some kid lies bleeding in the street. But only if you care.

So the new Caliphate's believers figured out that what their enemy really likes is consumerism and pop music. Hence the attacks on the Champs-Élysées and the flagship Åhléns department store in Stockholm, and the bloodbath at the Eagles of Death Metal concert in Paris and now at Ariana Grande's "Dangerous Woman" tour.

All of which, if the pattern holds true, will quietly bow their heads in submission and sin no more. Watch it happen. It is an unfortunately true truism that if you're not willing to fight for your freedom you lose it. Watch that happen too.

Apologists for Islam are everywhere, even here on FR.

Steyn is the Will Rogers of our time.

When Mark speaks the Truth, FIRST he makes you laugh, then he sets you FREE.

Love him. He is a Treasure.

“Today [EU] declares it can do nothing to prevent the movement of large numbers of the Muslim world from thousands of miles away to the heart of the United Kingdom. It’s just a fact of life - like being blown up when you go to a pop concert.”

The woman is a moron!

<>But the arithmetic is not difficult: Poland and Hungary and Slovakia do not have Islamic terrorism because they have very little Islam.<>

I’m a registered Republican, and also an unregistered enemy of the Uniparty that imports muzzies.