RUMORS: If RyanCare fails, Trey Gowdy may replace Paul Ryan as Speaker of the House
northcrane.com ^ | 3/24/17

With the likely failure of RyanCare on the horizon, the landscape of the Republican party may drastically restructure itself.

Ryans heathcare bill was supposed to be a full repeal and replacement of ObamaCare, but many conservatives have abandoned Ryan’s bill, citing it keeps many of President Obama’s policies intact.

As a result, President Trump modestly went to Capitol Hill and urged congress and threatened their chances of reelection if they fail to launch.

Paul Ryan barely received an endorsement from Donald Trump given Ryan’s stigma of being a Republican In Name Only.

Because no one can trust that there will ever BE a phase II and phase III.

The freedom caucus gave us Paul Ryan. They’re all a bunch of frauds.

We need to draft Newt ASAP

Truth is many of the Rs are rinos and make their big money in the rear seat...they want to be the minority party. One couldn’t put forth such a crock of crap Bill otherwise.

I was impressed with Gowdy in the beginning..but he is all bark for sound bytes

What did he really accomplish in all of those hearings?

Trying to give TG the benefit of the doubt here -- What *if* he knows his place and respects the chain-of-command in DC politics and only does what he feels he can do?

I do agree that Gowdy may seem like all bark-and-no-bite in the Oversight Committee -- but -- maybe he is relying on ranking House Members to do their job too.

Trey bites harder than he needs to just to simply be a go-along-to-get-along Congressman.

Just my humple opinion, of course...

Don’t matter who you like. No one else could get a majority 18 months ago. Why has that changed?

I listened to you morons scream about Boehner for years, too. Re-elected him year after year after year. A couple of times a conservative ran against him. Maybe got 15 votes. Humiliating, plus the risk of revenge.

Ryan hasn’t even played a revenge card yet, probably because he didn’t want the job to begin with.

I like the head of the Freedom Caucus. Now there is a winner. What a great victory for conservatives today!!

Actually No. Unfortunately, people have a very short memory. The FC was looking for a perfect bill from the get go. The FC ignored the fact that the public is looking for change NOW (even imperfect change) and they ignored the perception (right or wrong) that a failure to unite within the party would make them look impotent, unlike the democrats who at least are loyal to a cause.

The regular folks actually believed something would be done if Republicans had congress and the Presidency. We have been lied to over and over, and this defeat will last awhile. We’ve LOST ANY MOMENTUM we might have had, and that’s a hard thing to regain. Passing the bill in the House would have been solidarity sign to the people they represent that they do intend to make things better.

Those that say we can just repeal are incredibly naive. If you repealed, things can’t simply return to the way they were before Obamacare. Too much infrastructure has been changed, damaged or removed.

Previous repeal bills pushed forward were done for show only. The Republicans knew that if they ever got to Obama he would veto. I believe the current bill proposed was the best chance to make the “first move” in a longer term repeal/replace strategy. The FC F*&ded us all. Thanks for nothing......

Trey Gowdy endorsed Marco Rubio for President so he can’t be that good.

At this point I would rather have Rand Paul, or Trey Gordie, or Ted Cruz! Ryan blew it up the Yazoo. Need a new voice—a conservative voice—Nix to RINOs in any shape or size. 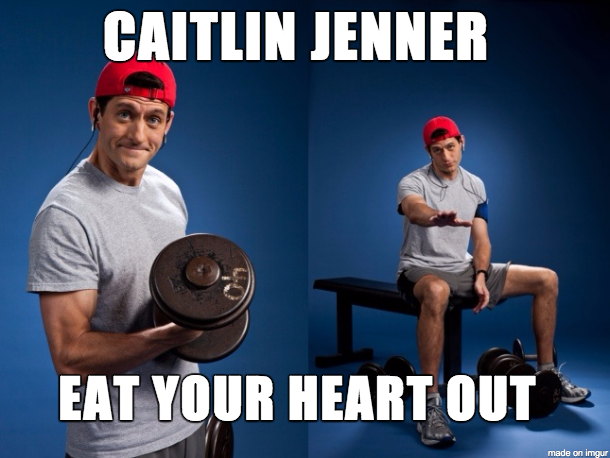 The freedom caucus is the only thing that stands in the way of this country going down in bankruptcy under an enormous surge of personality cultists hell bent on making this about a singular President and his agenda be conservatism. See, we actually hear what promises are and what is thrown before us. We too actually read the junk they put into this. It’s lipstick on Obamacare.

Your issue isn’t with the freedom caucus. Just because you feel sour Nancy jumped to the mic in glee because it got struck down doesn’t make our President a loser. What does make him a loser is listening to his cheerleading cabinet led by the worm Mr. I’ve never accomplished a damn thing in my life rode others coat tails to relevancy Pubus. Sometimes it’s tough to tell our guy he was wrong because he actually was.

As I understand it, the Republican Study Group housed our conservatives until it was infiltrated by RINOs, then the Freedom Caucus bloomed in escaping from the RSG, Jim DeMint’s conservative group has bled out to other camps, it’s like the TEA Party infiltration.

Where are the good guys right now?

And President Trump who I voted for was pals and donor to the Clintons and hired a nobody worm Pubus. Who gives a rats behind

Sure, Mike Lee is a fraud. Mm hmm I see DU and their influence has infiltrated these boards. Are tea party members tea baggers too? I know being swept up into the euphoria of populism and the cult of personality overwhelms some that can’t get over the fact that conservatism won out the day.

That’s an outright misinformation sound bite. They simply wanted one thing and one thing only. Go look up what that exact one thing was on their website and report back.

I’m not doing your homework for you.

Rand Paul would make a great Speaker but we can’t afford to lose a Senator. He needs to replace Turkey.

Question: Where are the great parts of this bill that are supported by conservatives?