About 39,000 Pakistanis have been deported from the Kingdom in the past four months for violating the rules of residence and work, according to informed security sources.

The sources also said the involvement of a number of Pakistani nationals in some terrorist actions orchestrated by Daesh, the so called IS, is a cause of public and societal worry.

They said a number of Pakistanis were held in the crimes of drug trafficking, thefts, forgery and physical assault.

Against this backdrop, Abdullah Al-Sadoun, chairman of the security committee of the Shoura Council, called for thoroughly scrutinizing the Pakistanis before they are recruited for work in the Kingdom.

He asked for more closer coordination with the concerned authorities in Pakistan to thoroughly check those coming to work in the Kingdom due to the involvement of a number of Pakistanis in security issues.

“Pakistan itself is plagued with terrorism due to its close proximity with Afghanistan. The Taliban extremist movement was itself born in Pakistan,» he said.

Meanwhile, according to Nafithat Tawasul (communications window) of the Interior Ministry, they are 82 Pakistani suspects of terror and security issues who are currently held in intelligence prisons.

According to the window, as many as 15 Pakistanis, including a woman, were nabbed following the recent terrorist operations in Al-Harazat and Al-Naseem districts in Jeddah.

The ministry recalled that last Ramadan, Abdullah Ghulzar Khan, a Pakistani, exploded himself at the car park of Dr. Soliman Fakheeh Hospital near the US consulate in Jeddah.

He lived in the Kingdom for 12 years with his wife and her parents. He had arrived in the country with a private driver’s visa.

Last year, the security forces had foiled a terrorist operation in which two Pakistanis, a Syrian and a Sudanese were held for plotting to explode Al-Jawhara Stadium in Jeddah where more than 60,000 spectators were gathered to watch a soccer match between the national teams of the Kingdom and the United Arab Emirates.

The terrorists were using a booby trapped truck loaded with 400 kg of explosives.

Oh, wait, this is about Saudi Arabia, not the US.

So, how long before these Pakis make the pilgrimage to Europe since they are now “refugees”?

Not likely to be seen in the Control-LEFT media.

Shep Smith will be in a lather.

The irony is that Saudi Arabia paid for the madrassas that “educated” these Pakistanis to believe that Allah wants them to engage in jihad.

6 posted on 02/17/2017 9:23:15 AM PST by Lurkinanloomin (Natural Born Citizen Means Born Here Of Citizen Parents - Know Islam, No Peace -No Islam, Know Peace)
[ Post Reply | Private Reply | To 1 | View Replies]
To: markomalley
India, one of the poorest and the most corrupt countries, can built a separation between them and Puke-stan, America can't?

Look ma, the wall can be seen from space. 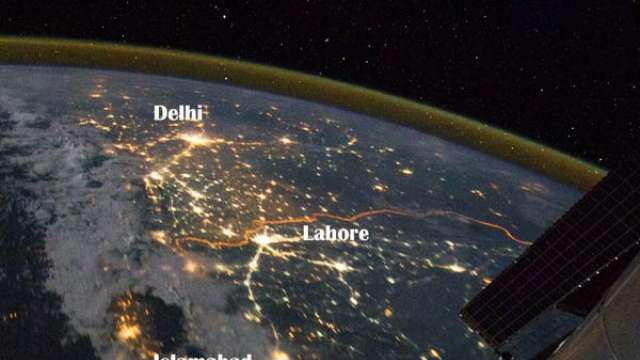 “The irony is that Saudi Arabia paid for the madrassas that “educated” these Pakistanis to believe that Allah wants them to engage in jihad.”

The Saudis have no choice. Half of their own population is Islamist poor. The other half is corrupt rich. The corrupt rich half wants to keep the Islamist poor half appeased, so they fund all kinds of Islamic crap all over the world. There is no irony here. This is basic transactional diplomacy.