Your Shower Is Lame, Your Dishwasher Doesn’t Work, and Your Clothes are Dirty
Foundation for Economic Education ^ | 29 December 2016 | Jeffrey Tucker

It’s a pretty astonishing fact, if you think about it. The government ruined our showers by truncating our personal rights to have a great shower even when we are willing to pay for one. Sure, you can hack your showerhead but each year this gets more difficult to do. Today it requires drills and hammers, whereas it used to just require a screwdriver.

The water pressure in our homes and apartments has been gradually getting worse for two decades. I had to laugh when Donald Trump made mention of this during the campaign. He was challenged to name an EPA regulation he didn’t like. And recall that he is in the hospitality business and knows a thing or two about this stuff.

“You have showers where I can’t wash my hair properly,” he said. “It’s a disaster. It’s true. They have restrictors put in. The problem is you stay under the shower for five times as long."

The pundit class made fun of him, but he was exactly right! This is a huge quality of life issue that affects every American, every day.

It’s not just about the showerhead. The water pressure in our homes and apartments has been gradually getting worse for two decades, thanks to EPA mandates on state and local governments. This has meant that even with a good showerhead, the shower is not as good as it might be. It also means that less water is running through our pipes, causing lines to clog and homes to stink just slightly like the sewer. This problem is much more difficult to fix, especially because plumbers are forbidden by law from hacking your water pressure.

As for the heat of the water, the obsession over “safety” has led to regulations that the top temperature is preset on most water heaters, at 120 degrees Fahrenheit, which is only slightly hotter than the ideal temperature for growing yeast. Most are shipped at 110 degrees in order to stay safe with regulators. This is not going to get anything really clean; just the opposite. Water temperatures need to be 140 degrees to clean things. (Looking at the industry standard, 120 is the lowest-possible setting for cleaning but 170 degrees gives you the sure thing.)

The combination of poor pressure and lukewarm temperatures profoundly affects how well your dishwasher and washing machine work. Plus, these two machines have been severely regulated in how much energy they can consume and how much water they can use. Top-loading washing machines are a thing of the past, while dishwashers that grind up food and send it away are a relic. We are lucky now to pull out a glass without soap scum on it. As for clothing, what you are wearing is not clean by your grandmother’s standards. But I haven’t even mentioned what might be the biggest factor in why our clothes aren’t clean and our dishes are dirty. The government forced soap manufacturers to remove from soap the thing that makes them work for these purposes: phosphates. Phosphates, used in soap from the middle ages until the 1980s, break down the soap after it has done its work and allow the water to wash it away along with the dirt and oil it scrubbed out of the clothes.

Now, soaps lack this crucial ingredient. In order to add it back in, you have to go to the paint section of the hardware store and buy it in a box (TSP, the real stuff, not the artificial kind). Add a quarter cup to your wash. You would be amazed at the difference it makes. Things actually get more-or-less clean.

You seem to have too much time on your hands.

You see, there’s this invention called a pressure tank. Us deplorables in flyover country have had them for decades. We’re on well water. We make our own water pressure.

TSP. I think I used that to wash walls before re-painting.

Thanks for your concern.

Good report. There are workarounds for much of the stuff, and he mentions some here:

1) I’ve drilled out the flow restrictor in my sink faucet, and it works great now.

2) Phosphates are a must for clean clothes, but you have to add it separate. For dishes, look up Cascade Commercial Dishwasher Soap, and you’ll find it still has phosphates.

3) For my recently-installed toilet, I extended the tank tube and adjusted the float to nearly double the water flow, works fine now.

4) I haven’t figured out the water heater deal yet, although I haven’t seen any that restrict to 120F, but it wouldn’t surprise me if they’re out there.

As to not knowing about these changes, he has a point - the EPA prefers to reach ‘voluntary’ agreements with major companies to implement, that way they don’t go under the daylight of federal rule making - that’s how they get phosphates out of dishwasher detergent, and probably explains much of the rest being done so quietly.

Sometimes I think about bringing a REAL Showerhead, an adjustable Wrench and some Teflon Tape when I go to Vegas, or anywhere else for that matter.

Shave your head, install a compositing toilet and cook up some lye soap in your back yard. Problem solved. /s

I actually found the water-pressure valve in my house, and turned-up the pressure so the showers are strong upstairs. Really made a huge difference—and wasn’t hard, at all. Google it.... 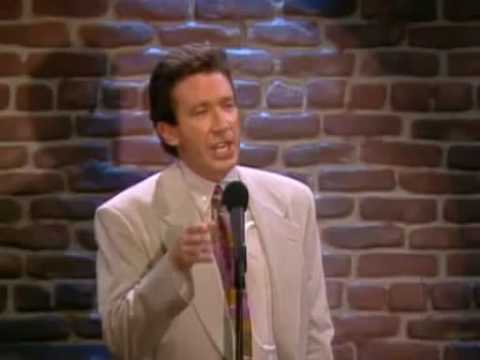 All these problems are an easy fix, all it takes is a screw driver and a little common sense.

Move the water tank one floor above, instead of behind the seat. Connect the two with a length of White PVC pipe. This greatly increases the water head and you will see an amazing powerful flow of water into the toilet bowl.

Water pressure is mostly determined by the size of the water main to the house and the size of pipes thereafter to the fawcets.

I live in an apartment, and use a coin-operated Maytag washer. Old-fashioned, no computer in it.

Last year, I spent a couple of months elsewhere, and they had one of those digital washers, with the agitator that’s only about two inches high, and that use two teaspoons of water per load. Underwear came out with the skid marks still in place, and it smelled as one would expect. I had to add buckets of hot water by hand before shutting the lid—which locked as soon as the washer was turned on. And had to run everything through the machine at least twice.

Phosphates were taken out because of algal blooms and resulting dead zones.

Most dishwashers have a coil to heat the water.

Most water heaters are insufficiently insulated to make holding the water very hot for more than a short period of time economical.

Pressure restrictors save water, and are fairly easy to work around for the few places you might want slightly higher pressure.

If you want hotter water in the wash, for some reason such as diapers, boil a big pot of water and add it to the washer.

Raise the tank to increase pressure for low flow toilets.

Waste not, want not.

It would take a century with no showers or baths at all for that to happen.

Actually, people stink all over Europe. They complain that “Americans smell like soap.”

The only washers that wash well are front loaders now, and instead of 25 years you have to be happy to get 7 out of them.