After the ground offensive to retake Mosul from ISIS was launched in mid-October, Islamic State terrorists attacked Kirkuk, Iraq.

Nearly 90 civilians and Peshmerga were killed by ISIS in the surprise counterattack Oct. 21, which included suicide bombers and gunmen targeting police stations and a city power plant.

But the death toll could have been higher if one Kurd and his armored BMW hadn't stepped in.

Ako Rahman, a member of the Peshmerga’s 116th Brigade in Tuz, volunteered to plunge into the fighting to save more than 70 people who had been wounded by ISIS, putting them in his own bulletproof car and rushing them to the hospital.

“My aim was to prevent any captives, wounded or martyrs falling into ISIS’ hands,” he told Rudaw news. “What really made me sad... many of the wounded, we reached them too late and they bled to death.”

By the end of the rescue op, Rahman said his car had 50 to 60 bullet holes, many on the front end and windshield. He bought the Mad Max-mobile for $9,000 just four months ago; BMW has offered to give him a brand-new car and retire the heroic one to their company museum, but instead he's giving the car to a local museum so that the symbol of Kurdish bravery will be on display for Kurds.

“The ISIS bullets were coming in my direction. I saw death with my own eyes. Yet, I did not stop what I was doing," Rahman said. "I could not leave the wounded in limbo. The only thing I cared about was getting the wounded into my car and driving them to the hospital.”

Rahman told BasNews that "after we arrived at the scene, we saw many wounded individuals among the security forces and civilians and no one was able to approach them due to the IS snipers. Therefore we decided to help those wounded people since bullets could not penetrate my car."

The Kirkuk governor, Najmaldin Karim, honored Rahman this week. "The bravery and the sacrifices of our citizens have foiled the dirty plans by ISIS terrorist gangs," Karim said, according to a release by his office. "We and on behalf of people of Kirkuk thank them [Peshmerga], and we value their sacrifices."

At the meeting, Rahman said, "What I have done falls under my duty as a Peshmerga fighter. Kirkuk is worth our sacrifices."

ISIS called the Kirkuk attack "a holy victory"; more than 70 ISIS died at the hands of the fierce resistance.

In the assaults on Kirkuk this man used his bulletproof BMW to save the wounded due to lack of support from the army in that area. #Salute pic.twitter.com/rj70Cf0NBg

Driver of the @BMW armored Ako Ebdurahman wounded in the Kirkuk attack a few saved from death pic.twitter.com/0VZdYq1yeZ

This guy has more courage than all of ISIS combined.

This man has balls the size of Donald Trump.

A handful of resisters like this and ISIS would run back to their hovels with their beards between their legs. 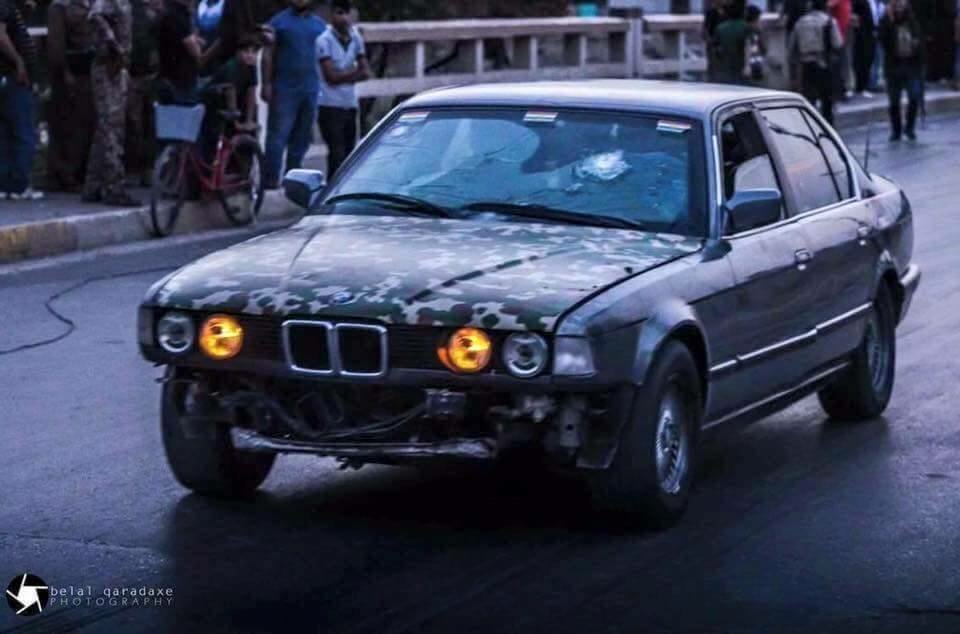 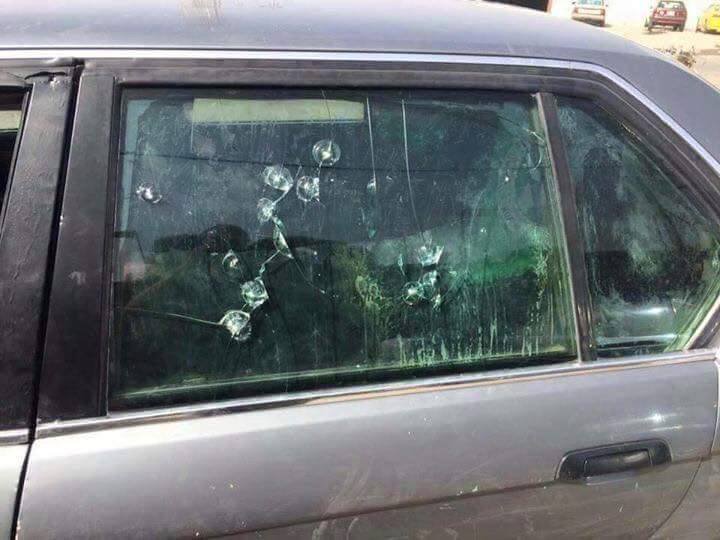 Where do I go to get one of those?

He sure does. ISIS proved that they are nothing but cowards by hiding behind or between the citizens

9 posted on 11/04/2016 3:52:06 PM PDT by Kaslin (He needed the Ignorant to reelect him, and he got them Now we all have to pay the consequences)
[ Post Reply | Private Reply | To 2 | View Replies]
To: Kaslin
Sometimes I think the Kurds are the only people worthy of respect between Casablanca and the Hindu Kush.

Hats off to this man and his people.

All I see here is the light armor window film that you can get from any security supply store.

Hammer, meet nail. A gaggle of gutless savages who need to be exterminated down to the last man and woman. No quarter, no mercy. Shoot them in the back if they try to run.

Afterwards the car ran great but the engine didn’t have enough power to move him and his giant brass bawlz.

One of THE BEST article titles ever posted on FR.