As you may have heard the U.S. Navy’s newest and most technologically advanced destroyer, USS Zumwalt, was commissioned into service in Baltimore this past weekend while in town for the city’s Fleet Week festivities. 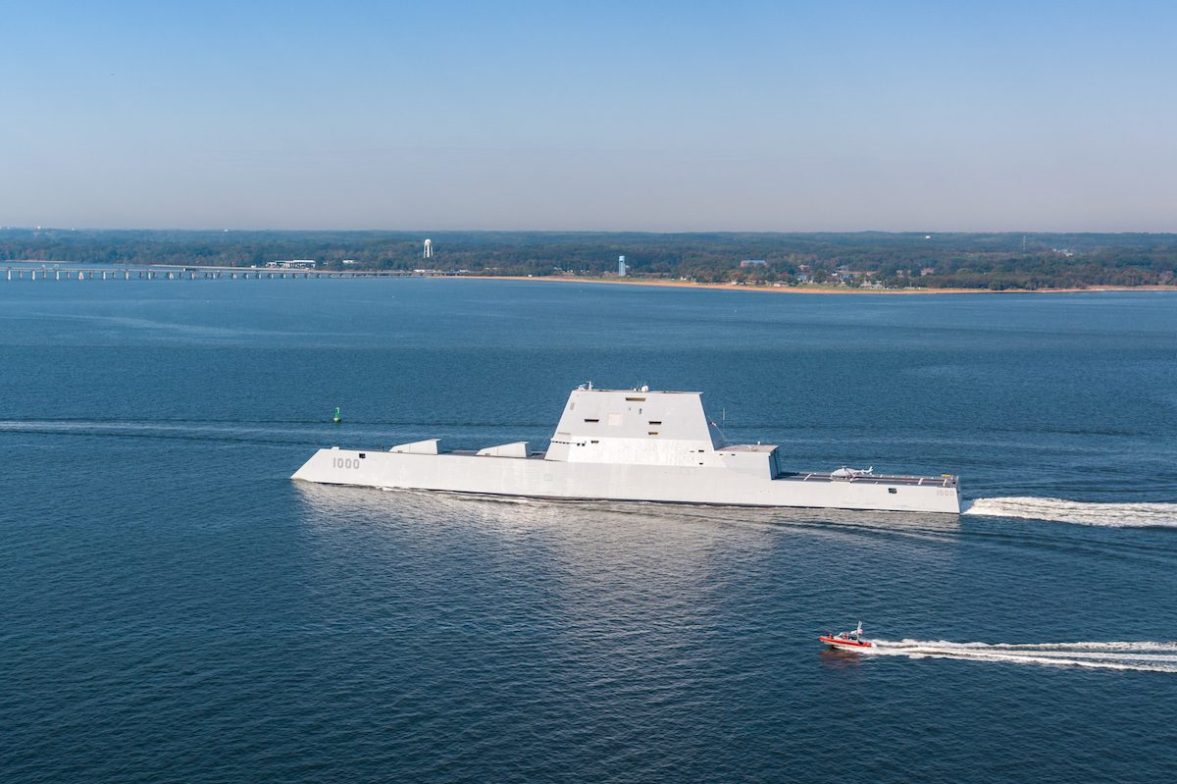 Anyone with more seafaring background than I (which means just about everyone) care to comment?

The ram bow is actually quite seaworthy. Ram bows were common on warships from the 1860s through WW1.

7 posted on 10/19/2016 6:31:14 AM PDT by DarthVader (Politicians govern out of self interest, Statesmen govern for a Vision greater than themselves)
[ Post Reply | Private Reply | To 6 | View Replies]
To: artichokegrower

Do you have any idea when it will reach San Diego? I’d really like to drive down and see it.

An impressive one ship class. A novelty.

The captain is named James Kirk.

And a submarine, too.

Hope the pilot house doors are watertight, they are going to be going seeing a lot of water.

Speaking as a Naval Architect, and I play one during the day, there are reasons ships have certain shapes. This violates most all the rules of ships in a seaway. I don’t want to go on board.

I should be in the submarine class, but it’s not in that strength class.

The ships of WW2 can live longer than I will, This will be out of service in under 10.

They have two more building.

I grew up with “the” Jones family.
Known them since I was a whipper snapper.
My friend’s mom was a class-act unlike I’ve never seen to this day.
Boy, Mrs. Jones could make one bad@ss bloody Mary, too.