Philippine President Rodrigo Duterte warned President Barack Obama on Monday not to question him about extrajudicial killings, or "son of a bitch I will swear at you" when they meet in Laos during a regional summit.

Duterte said before flying to Laos that he is a leader of a sovereign country and is answerable only to the Filipino people. He was answering a reporter's question about how he intends to explain the extrajudicial killings to Obama. More than 2,000 suspected drug pushers and users have been killed since Duterte launched a war on drugs after taking office on June 30.

In his typical foul-mouthed style, Duterte responded: "I am a president of a sovereign state and we have long ceased to be a colony. I do not have any master except the Filipino people, nobody but nobody. You must be respectful. Do not just throw questions. Putang ina I will swear at you in that forum," he said, using the Tagalog phrase for son of a bitch. 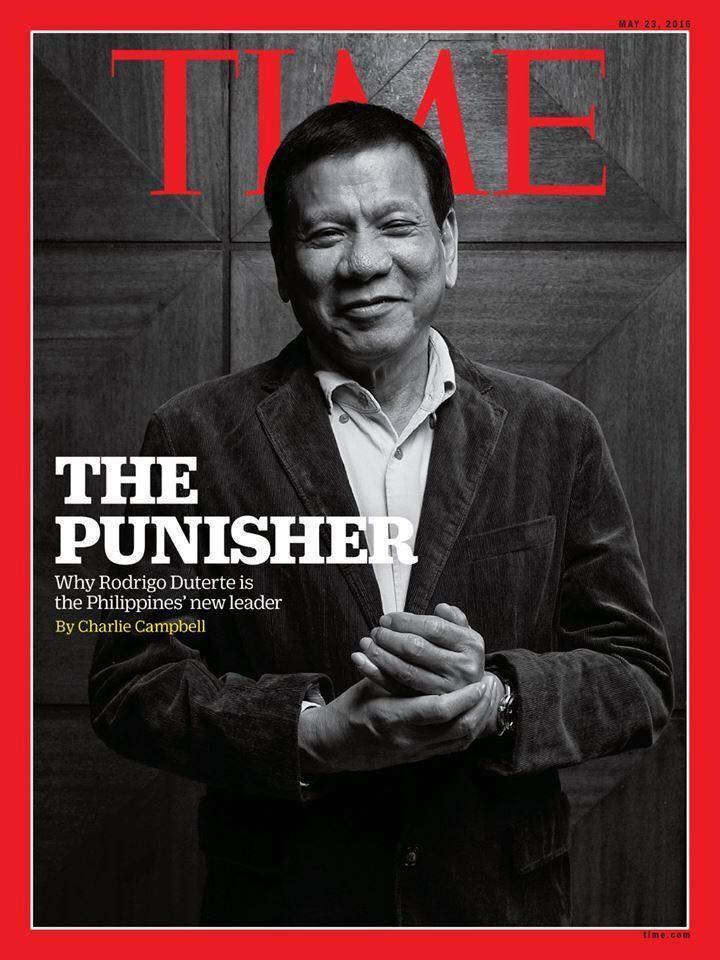 Not saying I agree with this guy about his policies and actions, but I will say this:

He is correct about Obama being a son of a bitch.

everyone seems to be getting real tribal all of the sudden.

What do you mean? Have you come to concrete conclusions based on your vast and long FR membership?

Photo right right before they “got busy”.

Whoa, welcome to the club that has been swearing at him for seven years, Mr. President!

Upon arrival on Saturday in China as part of his last visit to Asia as US Commander in Chief for the periodic photo-op that is the G-20 meeting, something unexpected happened: a very undiplomatic greeting when an unusual tarmac altercation involving Chinese and U.S. officials, including national security adviser Susan Rice, devolved into a shouting match by a member of the Chinese delegation.

It all started with the actual landing: as AP reports, the first sign of trouble is that there was no staircase for Obama to exit the plane and descend on the red carpet. So, as the photo below shows, Obama used an alternative exit. Needless to say, a diplomatic ---- up such as this one, was not accidental - Beijing was sending a loud and clear message.

Turns out someone manning the Defense Intelligence Agency twitter account over the long holiday weekend was feeling a little snarky and decided to send the following tweet about the incident which reads, "Classy as always China."

The key word here is, “suspected”.

This is just freaking messed up on so many levels. No due process. Bunch of thugs working on behalf of the Filipino president off’n citizens they feel are drug dealers/users.

And the citizens of the Philippines are allowing this to happen? Without a doubt, when Duterte feels the war on drugs has been won, he will move on to the next murderous mission. Perhaps he will find black market cigarette or booze sales worthy of death.

She was far, far beyond a mere bitch.
Barry’s barber must have had cataracts in his left eye. That birdsnest on his head is lopsided.

Refer him to Laz’s list for creative alternative names to call the SOB.

9 posted on 09/05/2016 7:03:00 AM PDT by bigbob (The Hillary indictment will have to come from us.)
[ Post Reply | Private Reply | To 1 | View Replies]
To: SkyPilot; brucedickinson
What do you mean? Have you come to concrete conclusions based on your vast and long FR membership?

It sounds like he's talking about Duterte. What difference does it make how long he's been registered? He might have been lurking for years. I know I did.
Kinda defensive for no reason ain't ya?

Maybe he wasn’t calling Obama a son of a bitch.

Maybe he was just using it as filler in the conversation.

My Uncle Bill did that.

“Ahhh, son of a bitch, I dropped the hammer.”

“The hammer fell to the ground, son of a bitch.”

People are so sensitive these days.

The Bible talks about the blessings a good woman, and the downside of a bad one.

Obama’s mother is almost Biblical in that sense, the downside of her actions.

Her son has done his best to destroy the United States and empower the single largest group of destroyers on the planet.

“”there was no staircase for Obama to exit the plane””

They’re killing the druggies and pushers in the Philippines?

Son of a bitch.

There’s a study for the sociologists.

yes, I mean the Chinese are becoming “it’s our country” tribal, the Russians are always pro-Russia and the Philipines aren’t going to take any questions- just seems like we are all picking sides. Of course, in the West, we have to be all- inclusive so we don’t get such an opinion.

Hey this guy is dealing with drug cartels and Islamic terrorist trying to take over. Its not as civilized as the USA. This guy is trying to clean up a cesspool. Not our business to get involved.

Hey, it's there country. Don't ever plan on visiting. That said, this is tyranny to the highest order.

If this were happening in the U.S., one of your family members...oh lets say a daughter or son were smoking a joint out on the beach and the gubbamint thugs saw them, then murdered them, perhaps you'd take a different tone.

There are certain people in this world that need to be exterminated. Just like a bad case of bed bugs. Terrorists, Drug Cartels, Certain Gang Members, Globalists like George Soros and certain types of politicians.

Obama’s former Chief of Staff is running Chicago where thousands have died during Obama’s reign. Obama is the last person to give advice on anything.