Presidential contender Hillary Clinton never banked on her statement that "all rape victims deserve to be believed" would come back to haunt her with such a vengeance. The Democrat presidential hopeful has used her female gender to further her own political agenda for years, but that could all be coming back to bite both her as a newly launched political action committee plans to give a voice to women victimized by the Bill and Hillary Clinton duo.

The Rape Accountability Project for Education PAC -- or RAPE PAC -- will soon launch televised and radio ads featuring women allegedly victimized by the Clintons across their long political careers. According to the Free Beacon, ads will highlight how the Clintons worked in tandem to silence or destroy the reputation of women who accused the former president of sexual misconduct:

“The plan is to feature the victims of Bill and Hillary in TV and radio ads and let them tell their own story,” said Roger Stone, the veteran Republican strategist who started the group.

Stone says that the project will be known as Women v. Hillary and that it will resemble “an all woman Swift Boat operation,” a reference to the group of military veterans that worked to spread the truth about Democratic presidential candidate John Kerry’s time in Vietnam.

Kathleen Willey, who says that Bill Clinton forced her to touch his genitals in the Oval Office, has signed on to be a spokesperson for RAPE PAC.

TOPICS:
KEYWORDS: clinton; rogerstone Navigation: use the links below to view more comments.
first 1-20, 21-36 next last 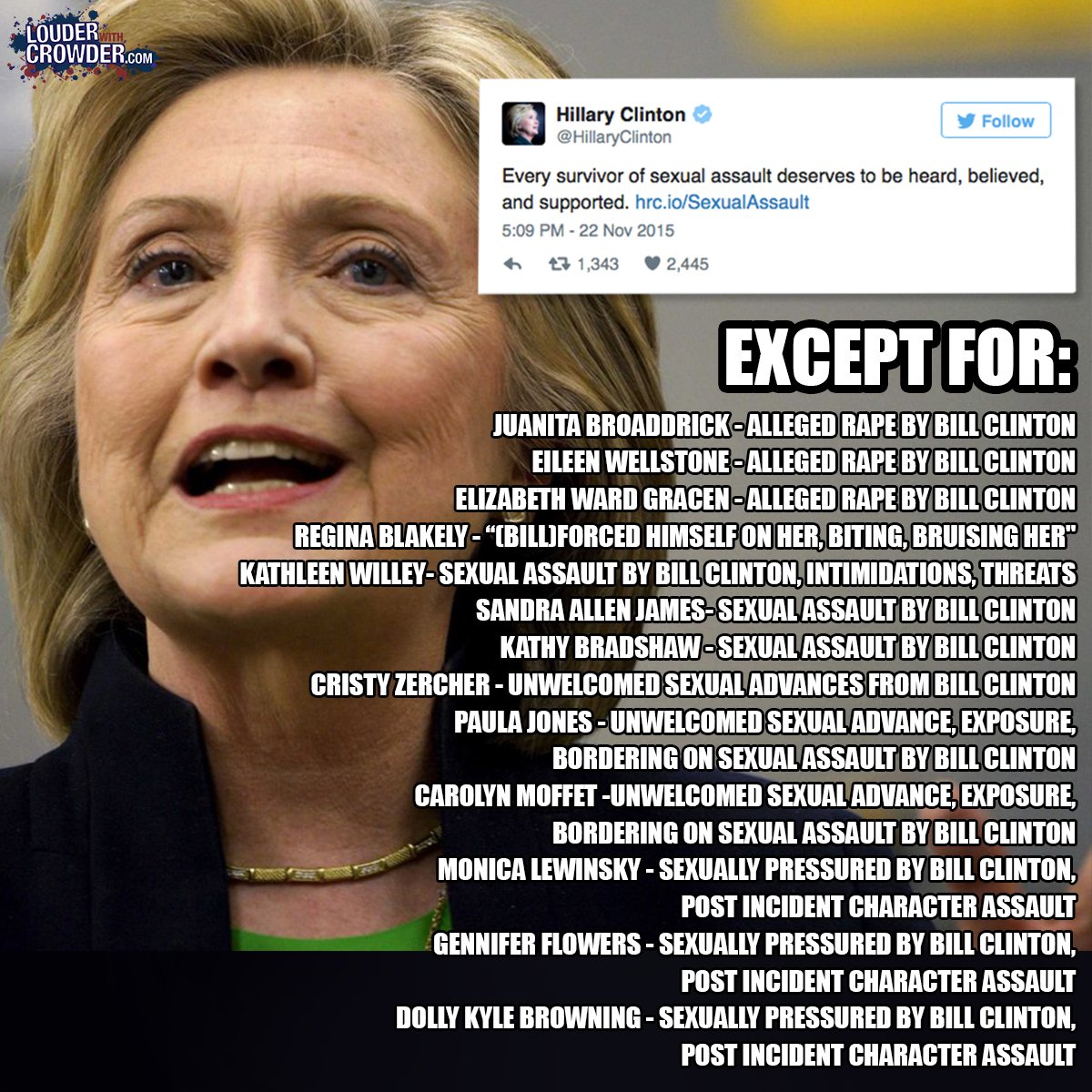 Time for Hillary to start her fake cough again...

She also, incredibly, made a video saying that. 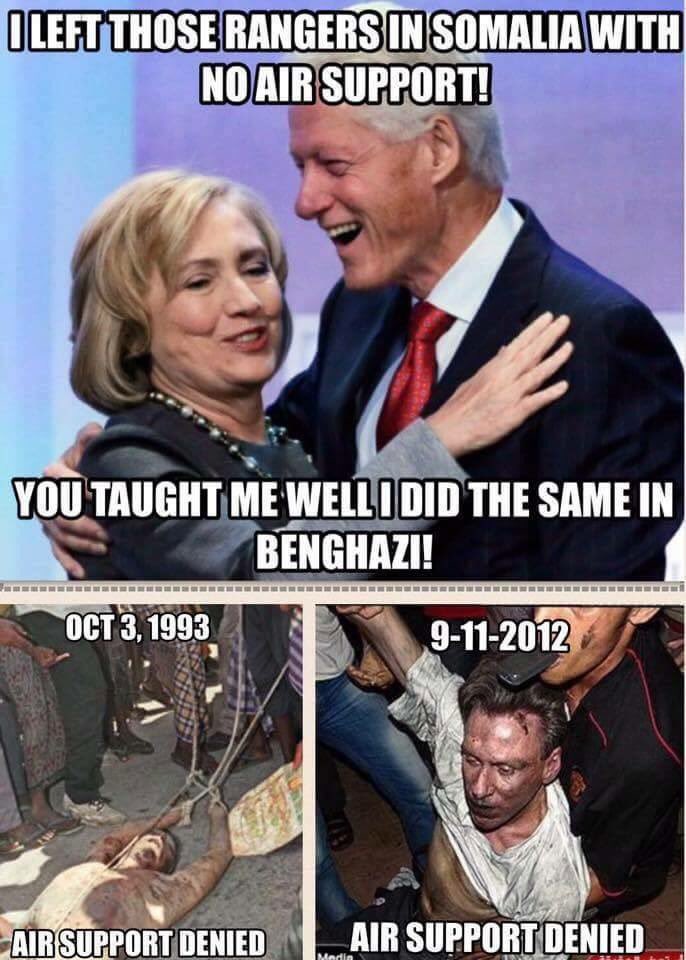 My dad told me of a Pastor that some 40 years ago, hunted down and killed a rapist.

He told me of how he took the girl drove around, identified the type of car first and then the rapist.

He then brought the girl home went out hunted the rapist down, walked up to him put one round in his gut, and walked away,.

The point, Revolvers leave no casing and dead rapist rape no more.

More fathers, brothers, uncles, husbands need to do that.

Sounds like something my old Pastor would do. Of course that was in the ‘50s and ‘60s.

Bill’s victims deserve a chance to be heard. They have been traumatized all over again after the assaults. I can’t even imagine what these women have been through.

“Bill’s victims deserve a chance to be heard. They have been traumatized all over again after the assaults. I can’t even imagine what these women have been through.”

According to “Morning Joe” Americans have left Bill’s treatment of women behind them, Americans don’t care they love Bill Clinton! Americans just want to talk about the “issues!” Trump is a nasty, dirty beast who will destroy himself just like the Republican Party did in ‘98 by bringing up Bill’s “indiscretions” to a country that didn’t want hear about them!

That’s Media narrative of the day this morning.

8 posted on 05/24/2016 5:39:38 AM PDT by TTFlyer
[ Post Reply | Private Reply | To 7 | View Replies]
To: Helicondelta
"Presidential contender Hillary Clinton never banked on her statement that "all rape victims deserve to be believed" would come back to haunt her with such a vengeance."

Yup. They think they can say anything at any time and it will NEVER blow back on them. Or, maybe, she just forgot.

And what would they have done with a pedophile back in the earlier days?

Those guys were exterminated on sight or hunted down within 24 hours.

All you have to do is tell the truth about monsters like her and educate the people and her career is down the tubes. I’ve had discussions with Rats and leftists who had absolutely no knowledge of her past. I mean NO clue. All she has is the brain dead LIV lefties and the LGBT’s because she’s a lesbian herself.

The new dawn of evil is forcing us to think that way and believe me it IS going to happen because we can no longer expect the government to protect us or seek justice based on the color of our skin, our gender, or religion. Natural law is the fallback mechanism when a government becomes as corrupt as the one we see today.

#8 I also heard that this morning and tweeted at them that there is an entire generation that doesn’t know about Good ole Bill’s women and won’t find it OK. Trump is aiming for the young SJW’s that this is new information for.

I wonder if the Clinton Foundation will be giving a large donation to the RAPE PAC ?

14 posted on 05/24/2016 6:11:44 AM PDT by UCANSEE2 (Lost my tagline on Flight MH370. Sorry for the inconvenience.)
[ Post Reply | Private Reply | To 1 | View Replies]
To: Helicondelta
Stone says that the project will be known as Women v. Hillary and that it will resemble “an all woman Swift Boat operation,” a reference to the group of military veterans that worked to spread the truth about Democratic presidential candidate John Kerry’s time in Vietnam.

WONDER, JOY AND GLORY!! Up to now, the Swiftvets were the greatest, most effective PAC I ever contributed to. These gals can count me in.

Brutally powerful. That should be on billboards from coast to coast.

There’s an entire generation that knows nothing of the Clintons’ abuse of women & the shame proof Hillary parades around as the great defender of women, trying to paint Trump as the misogynist.

When Trump is finished painting this picture, folks will think of "Bill Clinton" and "Bill Cosby" as synonyms.

Where do we donate?