History Returns Violently in the Mediterranean and Beyond
Townhall.com ^ | December 1, 2015 | Michael Barone 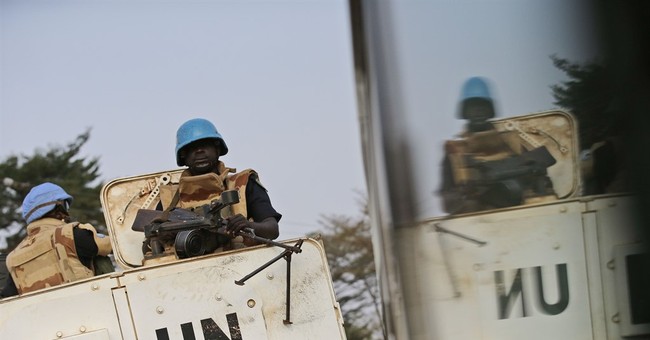 Sometimes you can learn something about today's world from a history book -- even a book about obscure characters in a long-ago time in a far-away corner of the planet, featuring conflicts between regimes that ceased existing at least a century ago. For me, one such book has been "Agents of Empire," by the Oxford historian Noel Malcolm, gaudily subtitled "Knights, Corsairs, Jesuits and Spies in the Sixteenth-Century Mediterranean World."

The subjects of the book, members of two intermarried Albanian families, the Bruni and Bruti, filled all those roles in the years from 1560 to 1600. They started off in Ulcinj, a small port on the Adriatic Sea in present-day Montenegro that in the 1560s was part of the sea-connected mercantile empire of the Republic of Venice.

The Bruni and Bruti got around. Giovanni Bruni was a Jesuit and archbishop who took a lead role in 1563 at the Council of Trent, which launched the Catholic Counter-Reformation. Gasparo Bruni was a Knight of Malta who fought the Huguenots in the papal enclave of Avignon in France.

Bartolomeo Bruti soldiered for the Habsburgs' Holy Roman Empire and then, with the help of a grand vizier who was an Albanian cousin, administered the voivod of Moldavia, covering parts of current Romania and Moldova. Cristoforo Bruti spent his career as a dragoman (translator) in the Ottoman capital of Constantinople.

Many family members met unhappy ends. Giovanni Bruni, as a galley slave in the Ottoman fleet, was killed in the 1572 Battle of Lepanto. Bartolomeo Bruti was tortured and murdered when, after his grand vizier (an Albanian cousin) was fired, he tried to high-tail it off to the Kingdom of Poland.

Standard histories depict this period as one of struggle between the Muslim Ottoman Empire and Christian Europe. But it was a good deal more complicated than that. France and, briefly, Elizabeth I of England sought alliances with the Ottomans against the Habsburgs who headed both the Holy Roman Empire and the Kingdom of Spain, plus the southern Italian Kingdom of Naples.

The history maps showing clear national borders and a solid line dividing Christendom and Islam turn out to be misleading. The borders were porous; family and commercial ties often proved stronger than national or religious loyalty. Key Ottoman officials and generals were originally Albanian or Italian Christians. Some re-converted to Christianity.

There was a constant trade in capturing and ransoming Christian and Muslim hostages, in which the families were active and lucrative participants. Both families made and, through military or political misfortunes, lost great wealth.

This disorderly world in some ways resembles what is happening in and around the Mediterranean in our times. Sixteenth-century pirates were a constant threat to the forces of Spain, the Knights of Malta and Venice. Today we see smugglers ferrying thousands of people from the Middle East and North Africa to touch down with the bounds of the European Union.

"Agents of Empire" can be read in tandem with Fernand Braudel's classic "The Mediterranean and the Mediterranean World in the Age of Philip II." Braudel depicted a zone in which physical facts and climate affected lives more than political or religious conflict. Noel Malcolm, through meticulous and astonishingly multilingual scholarship, shows how certain individuals could try and sometimes succeed in making a significant difference.

My takeaway from Malcolm's book is that his disorderly Mediterranean world, where rules are flouted, boundaries are readily penetrated and allegiances are transitory, is similar in character today.

In contrast, northern Europe, after the horrifying Thirty Years' War was ended by the Peace of Westphalia in 1648, was divided into relatively coherent nations, with cultures in which rules were established and mostly observed, so that commerce and industry boomed -- even during and after horrific wars from 1793-1815 and 1914-1945.

To this model, offshore Britain and its American offshoot were a salutary variant, with their common law, religious toleration and parliamentary representation seeming to become a model for the world after the great victories of 1945 and 1989-1991.

Now that model seems to be in danger of abandonment. The disorderly Mediterranean with its economic stagnation and rule-flouting culture seems to be infecting northern Europe as it is stormed by hundreds of thousands of refugees and Islamist terrorists with roots in the old Ottoman lands.

Many of today's Brunis and Brutis are suffering the fates of their predecessors. And America is no longer safely offshore.

Some of the most important wisdom of the ages has passed on to modern man in the form of parables, fables and proverbs.

And then totally ignored by our leaders.

Concepts like “United we stand, divided we fall”. (Aesop’s Fables)

And “Those who cannot remember the past are condemned to repeat it.” (George Santayana)

One of the Turkish commanders in that battle, Uluj Ali, was actually an Italian renegade. He later became the commander of the entire Ottoman navy.

Some of the grand viziers were of Serb origin. Christian boys from rural areas were taken from their families in the "devshirme"--some ended up as janissaries, others as bureaucrats--the most successful of the latter became grand viziers. Ivo Andric's novel The Bridge on the Drina tells the story of Visegrad on the Drina River in Bosnia, which had a magnificent bridge built by a grand vizier who was born nearby and taken away in the "devshirme." (He made his brother, who remained a Christian, the patriarch.)

At the Battle of Lepanto, Christian forces captured a banner from a Muslim ship. This banner was kept at the Vatican until recent times. It was returned to Turkey as a gesture of friendship, and now is on display at the Naval Museum in Istanbul. I saw it there while visiting the Museum.

There is also a display at that Museum showing Turkish forces sinking some British ships during World War I. When I saw that, I suddenly had the feeling I was behind enemy lines.