England’s most influential radical feminist was asked whether she believes “heterosexuality will survive women’s liberation”:

It won’t, not unless men get their act together, have their power taken from them and behave themselves. I mean, I would actually put them all in some kind of camp where they can all drive around in quad bikes, or bicycles, or white vans. I would give them a choice of vehicles to drive around with, give them no porn, they wouldn’t be able to fight – we would have wardens, of course! Women who want to see their sons or male loved ones would be able to go and visit, or take them out like a library book, and then bring them back.
I hope heterosexuality doesn’t survive, actually. I would like to see a truce on heterosexuality. I would like an amnesty on heterosexuality until we have sorted ourselves out. Because under patriarchy it’s sh–.
And I am sick of hearing from individual women that their men are all right. Those men have been shored up by the advantages of patriarchy and they are complacent, they are not stopping other men from being sh–.
I would love to see a women’s liberation that results in women turning away from men and saying: “when you come back as human beings, then we might look again.”

Bindel’s suggestion of rounding up males “in some kind of camp” drew harsh attention from men’s rights activists (MRAs) at mgtow.com, the blog “HEqual” and at Reddit. What was most interesting, however, was the way in which other prominent feminists silently ignored this comment by Bindel, a militant lesbian who is a columnist for the British Guardian newspaper. What conclusion should we draw from the silence of “mainstream” feminists toward those who publicly express their movement’s anti-male/anti-heterosexual ideology?

Are we to suppose that Bindel’s fellow Guardian columnist Jessica Valenti actually disagrees with Bindel? Valenti is heterosexual and married to a man. Does she not bristle at the implied insult of Bindel’s assertion that, like other men, Valenti’s husband is complacently benefiting from “the advantages of patriarchy”? Or what about a young feminist like Laurie Penny, whom Bindel insults by name?

On the one hand you have got utter idiots like Laurie Penny who are simply coming out with the stuff that she does because she knows that the groups she is supporting, that are pro-trans, pro-sex work, and pro- other anti-women nonsense, are run by very high profile, powerful libertarian men. We know that she is doing it for a career move.

Considering that Laurie Penny is a fangirl of Bolshevik commissar Alexandra Kollontai, this accusation of being a mercenary puppet of “powerful libertarian men” is certainly shocking, and yet where is Laurie Penny’s rebuttal? Where is any feminist speaking out against Bindel’s forthright advocacy of “political lesbianism”?

To this we might answer simply, “Cui bono“? Who benefits from heterosexuality? Is it true, as Julie Bindel asserts, that heterosexuality is “imposed” on women, to their disadvantage, by males who thereby derive an unjust benefit? She is certainly not alone in asserting this, as anyone who has read my book Sex Trouble understands. Yet decades of silence by “mainstream” feminists about their movement’s fundamental anti-male ideology has served to shield feminist gender theory — the social construction of the gender binary within the heterosexual matrix — from critical scrutiny. Whenever feminism begins one of its periodic resurgences, as in the early 1990s when a media publicity campaign gave rise to the movement’s so-called “Third Wave,” lesbianism always emerges as crucial to the agenda. The feminist movement at large denies that there is any evidence of causation in this correlation, and internal disputes about sexuality within the movement are generally ignored by the liberal media, which prefers to present feminism as a united and wholly respectable cause, dismissing the movement’s critics as irrational bigots.

Few outside the movement’s intelligentsia realize that the celebration of so-called “Lesbian Chic” circa 1993 was anathema to many radical feminists, who reject the “born that way” claims of the gay-rights movement, preferring instead to see lesbianism as “a challenge to the institution of heterosexuality and a form of resistance to patriarchal relations,” as Professor Diane Richardson argued in her 2000 book, Rethinking Sexuality. Probably any college sophomore who has taken even an introductory Women’s Studies class is familiar with this radical critique — a rejection of heterosexuality, per se — which has been endorsed by some of the most prominent feminist in academia, notably including Professor Charlotte Bunch of Rutgers University.

“Lesbianism is a threat to the ideological, political, personal, and economic basis of male supremacy. . . .
“Our rejection of heterosexual sex challenges male domination in its most individual and common form. . . .
“Lesbianism is the key to liberation and only women who cut their ties to male privilege can be trusted to remain serious in the struggle against male dominance.”
— Charlotte Bunch, “Lesbians in Revolt,” 1971

“But the hatred of women is a source of sexual pleasure for men in its own right. Intercourse appears to be the expression of that contempt in pure form, in the form of a sexed hierarchy; it requires no passion or heart because it is power without invention articulating the arrogance of those who do the fucking. Intercourse is the pure, sterile, formal expression of men’s contempt for women . . .”
— Andrea Dworkin, Intercourse, 1987

“Sexuality is to feminism what work is to Marxism: that which is most one’s own, yet most taken away. . . .
“As the organized expropriation of the work of some for the benefit of others defines a class, workers, the organized expropriation of the sexuality of some for the use of others defines the sex, woman. Heterosexuality is its social structure . . . and control its issue.”
— Catharine MacKinnon, Toward a Feminist Theory of the State (1989)

“There are politics in sexual relationships because they occur in the context of a society that assigns power based on gender and other systems of inequality and privilege. . . . [T]he interconnections of systems are reflected in the concept of heteropatriarchy, the dominance associated with a gender binary system that presumes heterosexuality as a social norm. . . .
“As many feminists have pointed out, heterosexuality is organized in such a way that the power men have in society gets carried into relationships and can encourage women’s subservience, sexually and emotionally.”
— Susan M. Shaw and Janet Lee, Women’s Voices, Feminist Visions (fifth edition, 2012)

Despite this ideology’s long history, most people are shocked when someone like Julie Bindel is caught saying in public what is actually taught to many thousands of university students every year within the academic Feminist-Industrial Complex. This shocked reaction is the result of a gap between feminism’s exoteric discourse (what feminists say when seeking support from the general public) and feminism’s esoteric doctrine (the beliefs shared among intellectuals and activists who lead and control the movement), as I have previously explained:

Like other movements of the radical Left, feminism preaches one thing to outsiders while teaching something else to insiders, and this deception is both deliberate and necessary. Feminists must conceal the truth about their agenda, because if taxpayers knew the ideology that is being propagated in our universities, this would cause such a political uproar that legislators would zero out the budgets of Women’s Studies programs and eliminate funding for much of the “research” done by academic feminists.”

For this reason, so-called “mainstream” feminists must maintain a discreet silence regarding Julie Bindel’s blunt expression of feminism’s anti-male/anti-heterosexual ideology. They must never reveal to the general public how much radical indoctrination and propaganda is being conducted at taxpayer expense. Bindel’s academic affiliations (she is currently visiting researcher at England’s Lincoln University) expose the extent to which radical feminism is subsidized by the “society” that feminists vow to destroy. Students are being taught this fanatical hatred of men in programs funded by male taxpayers with the approval of male officials, all of whom Bindel says should “have their power taken from them” so they can be rounded up “in some kind of camp.”

I don’t know about a camp, but I sure want a fence between her and me.

Never, not ever, have I felt less powerful than a man. Just ask my older brother. When younger he tried to pull the big brother act and I shot him down. Always....;-)

One of the most unusual methods of reproduction has just been observed in a flatworm that uses its needle-like penis to stab itself in the head, which leads to egg fertilization.

I say we take away her vibrator(s).

Why does that dude call himself Julie?

This freak just couldn’t get laid hence, the man hate.

We’re all equal, or maybe women are better. I’d like to arm wrestle this idiot to settle the matter.

I’m not even sure it’s human!

That has got to be a man.

This is not really worth as much as the writer does here.

This s why England is under Islamic rule, slowly tightening to noose. Bindel is oblivious.

2). Men’s rights groups, or whatever are also part of the problem.

Can we put Miss Piggy in a pen? 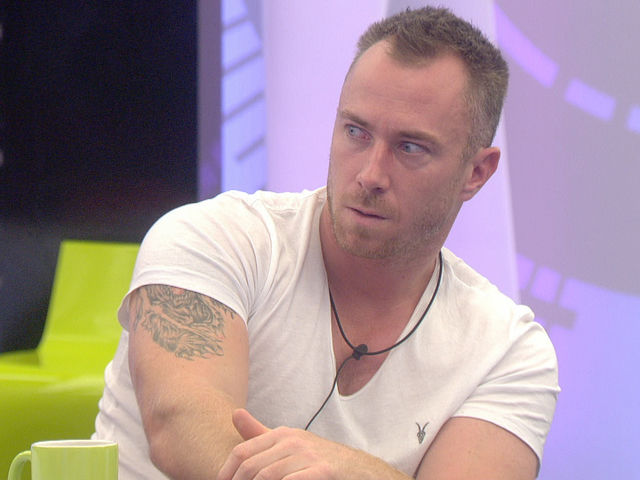 I think she is just trying to clear the field so that she can have all the women to herself.