TOPICS: Crime/Corruption; Front Page News; News/Current Events; US: South Carolina
KEYWORDS: 2ndamendment; banglist; charleston; churchshooting; crime; dylannroof; scchurchshooting; secondamendment; shooting Navigation: use the links below to view more comments.
first previous 1-20 ... 221-240, 241-260, 261-280 ... 401-409 next last
To: cyclotic
This might sound weird, given the term we FReepers use to describe certain groups, but I know that hairstyle is popular among the Amish. But driving isn’t.Doesn't sound strange because I just posted that. Put amish hairstyle in google images.
241 posted on 06/18/2015 6:28:57 AM PDT by Stentor ("The best lack all conviction, while the worst are full of passionate intensity.)
[ Post Reply | Private Reply | To 234 | View Replies]
To: Zakeet
In the photo, it looks like he's got some sort of false nose, like this:

As young looking as he is I guess he doesn’t have fingerprints on file anywhere for cops to match.

Not so sure this is a male. I think it’s a woman.

Blown up in Photoshop, looks like a rubber mask that ends down the neck.

They know the plate. SOP says they won’t release it for fear of vigilantism. 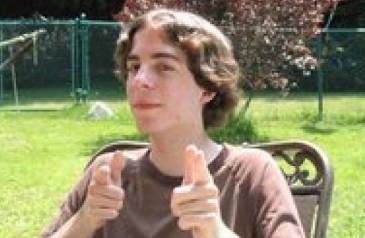 Catcher in the Rye ?

Good call, I was getting lost in the Tiburon archives because of the spoiler but not sporty enough.

Looks to definitely be a 1999 Hyundai Elantra GLS, black with beige or light gray interior.

1990s Korean cars were crap. There is not a huge database of these still registered meeting the description regionally.

Interesting. Wonder if this church is against gay marriage. I think they should start scoping out any nearby universities for info.

The neck and hairline looks scarred or half-shaved. Could it be some kind of plastic wrap over the face?

Hold your finger over the pic covering the hair. Looks oriental.

It is weird that his ear sits so far back from his face.

I just re-looked at the pictures and now wonder; could it be a woman and what is that “package” hanging down in the peerp’s crotch?

255 posted on 06/18/2015 6:39:41 AM PDT by Lion Den Dan
[ Post Reply | Private Reply | To 115 | View Replies]
To: Covenantor
That remote resemblance you see to Adam Lanza, the Newtown shooter, was based on what originally appeared to be a large nose. Suspect actually has a little "button" nose. One that "Big Bubba" at the Pen is sure to find adorable.

Again, I think it’s a woman and she wrapped her chest to keep her ummm “accessories” down. I vote for lesbian. I met one yesterday couldn’t tell her from a young guy, except for the almost invisible “accessories.”

Is the person wearing an apron?

The white nose (bandage?) could be to throw off the facial recognition software that is used to ID people in photos and video. Or he may have just had it recently broken by some thugs and went to the Church to get what he foolishly thought was payback. Who knows at this point? Could be a Russian provocateur for all we know. He needs to be caught ASAP. All of that said, CNN (and the rest of the MSM) are loving this act of "white on black" "hate crime" violence. They couldn't wait a second to ID him as a white racist hater! What a bunch of A-holes!

There isn’t a white nose, it’s part of the building.

In that picture the suspect appears feminine.