The co-pilot of Germanwings Flight 9525 appears to have deliberately crashed the plane after he was left alone in the cockpit, according to a French prosecutor.

The captain was intentionally locked outside minutes before the A320 crashed into an alpine mountain ridge, French Prosecutor Brice Robin said Thursday. Co-pilot Andreas Lubitz, a 28-year-old German national, was silent throughout the plane’s descent and was alive at the point of impact, according to the prosecutor.

Mr. Robin’s conclusions are drawn from the plane’s cockpit voice recorder, recovered at the crash site in the French Alps late Tuesday and analyzed by French accident investigators on Wednesday.

The recording contains screams believed to be from passengers, once they recognized the plane was crashing.

Investigators are now exploring why Flight 9525 went into its unauthorized descent from its 38,000-foot cruising altitude with one crew member absent. The descent led to the crash about 10 minutes later.

French air accident investigators said on Wednesday they extracted information from the jet’s cockpit voice recorder. The recording contained voices and other sounds, said Rémi Jouty, director of France’s aviation accident investigation office, which is leading the probe. He added that there was no explanation yet for why the plane went down.

Germanwings, the low-fare unit of Deutsche Lufthansa AG, hasn’t disclosed the identity of the pilots....

TOPICS: Breaking News; Crime/Corruption; Germany; News/Current Events
KEYWORDS: 4u9525; 9525; germanwings; lubitz; planecrash; terrorism Navigation: use the links below to view more comments.
first previous 1-20 ... 61-80, 81-100, 101-120 ... 381-387 next last
To: Flick Lives
I would imagine this would be standard procedure to keep the cabin door locked sort security purposes. I'm a bit surprised the captain would not have a key. Can the door only be opened from inside?

This is horrifying. I have no words. Those poor people.

82 posted on 03/26/2015 6:27:32 AM PDT by grimalkin (We are a nation under God. If we ever forget this, we are a nation gone under. -Ronald Reagan)
[ Post Reply | Private Reply | To 1 | View Replies]
To: Red Badger
Prosecutor says he does not believe disaster was terrorism or suicide

WTH? For sure it was some kind of suicide.

Dude, you know that ain’t true given the EuroWeenie ethos. If anything, he would have been summarily advanced according to his “cultural bravery”. 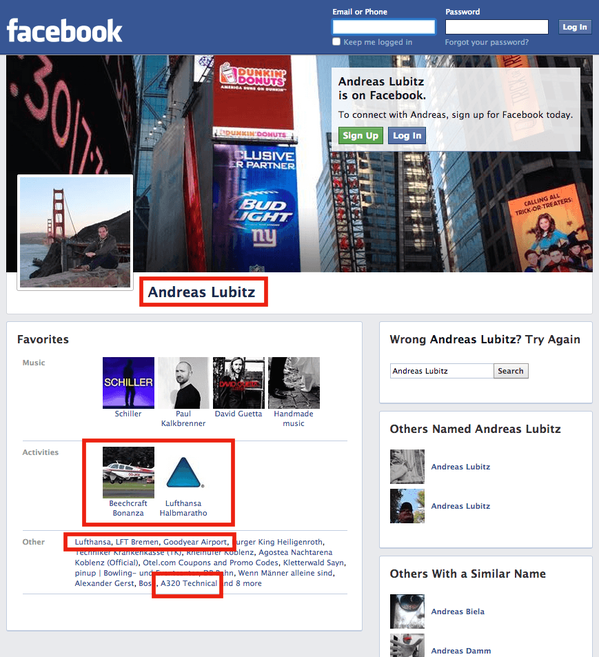 He has to say that at this time until he has absolute proof, other wise he may endanger his case if it proves to be a conspiratorial mass murder. And ‘accomplices’ could then claim he did it all by himself without any input on their part........................

87 posted on 03/26/2015 6:31:04 AM PDT by Red Badger (Man builds a ship in a bottle. God builds a universe in the palm of His hand.............)
[ Post Reply | Private Reply | To 83 | View Replies]
To: All
The AFP news agency reports that the co-pilot, Andreas Lubitz, was registered as a member of a private flying club in Germany, LSC Westerwald, and was a runner who took part in local races, according to public records. This is a screengrab of what is believed to be his Facebook profile. 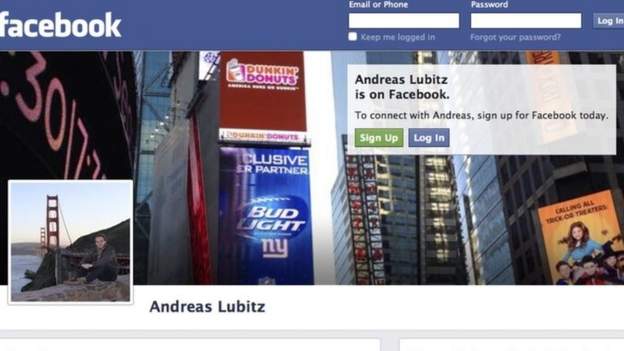 That one looks legit. It has a picture of a Beach Bonanza. Only a pilot would know that is the Lufthansa academy training aircraft.

‘ceptin’ that kreutz refers to the cross of crucifiction, not a physical act of “crossing” some geological feature; noun v. verb, in this case.

He can be heard breathing, but what is the evidence he was awake and aware of what he was doing? Can he be heard moving around, touching things? Plus does the door lock itself?

My guess- Homo who recently found out he has AIDS and can’t pass his upcoming flight physical, which means his flying career is over. Flying is everything to him. He decides to go full tilt Raging Drama Queen and take out everyone with him.

93 posted on 03/26/2015 6:33:45 AM PDT by TADSLOS (A Ted Cruz Happy Warrior! GO TED!)
[ Post Reply | Private Reply | To 72 | View Replies]
To: Tzfat
Article in the Daily Mail..off Drudge link..says that when the captain began the briefing about the landing in Dusseldorff, the co-pilots responses became "curt"..shortly after the capt left the flight deck..

Interesting...but hard to tell what it means..could be French translators missing context..or much more..that was the trigger moment..

We’d be bigots for even thinking it was a muslim!

:: My guess- Homo who recently found out he has AIDS and can’t pass his upcoming flight physical ::

Possibly but why would he not simply rent a Piper and drive that into the ground? AIDS is, in the end, a personal “weapon” that does not require a multitude of lives lost to make a statement.

My money is still on the possibility that the other crew member in the cockpit was found to be “involved” with the other-member’s significant other (wife, concubine, boytoy, etc. - and I’m gonna stick with the heterosexual angle for now).
That would explain locking the crew-member out.

I’m no doctor but I am SURE there are many “events” that do not disrupt the breathing pattern that much.

Nor, for that matter, do we know if it is absolutely clear. Usually the investigators have to piddle with the sound to pick out things like that.

This is mostly suspicious, but there IS still a possibility this is a horrible accident. I cannot believe they are mouthing off about this so soon. I can’t believe they have this much information so soon. It’s never this easy.