The Iowa Freedom Summit this weekend became a major event, with 1,500 voters and 200 journalists crammed into an old theater near downtown Des Moines. It showcased more than a dozen potential Republican presidential candidates, and even though big names such as Mitt Romney, Jeb Bush, Senator Rand Paul, and Governor Bobby Jindal didn’t make it, voters and journalists were able to size up most of the GOP field on the same stage for the first time.

The field this cycle is the most open and competitive I’ve ever seen. Traditionally, Republicans have picked as their nominee the candidate who placed second in the most recent competitive nomination contest (the “it’s your turn” mentality). Think Ronald Reagan in 1980, George H. W. Bush in 1988, Bob Dole in 1992, John McCain in 2008, and Mitt Romney in 2012. This year is different. The number-two candidate in 2012 was former Pennsylvania senator Rick Santorum; even though he might run again, he isn’t accorded first-tier status for 2016.

Clear winners and losers emerged from the marathon ten-hour session of back-to-back speeches that was hosted by Citizens United (the group at the center of the famous Supreme Court case) and Iowa congressman Steve King.

WINNERS
Scott Walker — The Wisconsin governor proved he can be a dynamic speaker, striding the stage in shirtsleeves and demonstrating Midwest sensibilities that connected him to his Iowa audience. Who knew that he’d lived in Iowa until the third grade or that he was an expert coupon clipper at Kohl’s, a well-known regional department-store chain? Walker made a strong case for electability: “I’ve won the race for governor three times in the last four years — three times, mind you, in a state that hasn’t voted Republican for president since I was in high school 30 years ago.” Everyone knew Walker had triumphed in his hard-fought battles against the state’s public-sector unions. After his speech this weekend, Iowa audiences will clearly now get the rest of the Walker story.

Ben Carson — The retired neurosurgeon made national waves in 2013 when he chastised President Obama over his health-care plan at the National Prayer Breakfast, with the president sitting just a few feet away. That fame has motivated his supporters to set up the first office of any potential candidate in Iowa; they’ve also collected 1.5 million e-mail addresses of supporters. Carson wowed the crowd in Des Moines, which expressed a clear affection for him. He endeared himself to pro-life activists when he explained his views on abortion as a doctor: “Why would I be in favor of people obliterating people’s lives?” If bets are taken on who the most successful “outsider” candidate is in 2016, my money is on Carson.

Ted Cruz — The fiery Texas senator told his audience he was trying to reassemble the “Reagan coalition” that would span the party from libertarians to social conservatives. His signature theme is that other candidates may talk the talk about conservative issues, but “talk is cheap.” Cruz dazzled the crowd with a typically flawless rhetorical performance, but many in the audience harbored lingering doubts about his strategy in shutting down the government in 2013, when he was a first-year senator.

Carly Fiorina — The former CEO of Hewlett-Packard and the only female candidate was the boldest in going after Hillary Clinton: “I, too, have traveled hundreds of thousands of miles around the globe. But, unlike her, I’ve actually accomplished something.” She also was the only candidate to zing Hillary on Benghazi. Fiorina must know that the odds of her winning the nomination are long, but she is very well positioned to be a vice-presidential nominee for another candidate should she perform well.

Rick Perry — Despite being interrupted twice by hecklers – who were holding up signs with the question Deportable? and shouting “We are immigrants!” — Perry made a convincing case that he has learned from his 2012 campaign disaster (“Oops”). He persuasively argued that he is the governor who has done the most to promote a job-creating climate in his state. But he faces competition from fellow Texan Ted Cruz, and it’s not clear yet how he can chart a clear path to the nomination.

Chris Christie — The pugnacious New Jersey governor won major points before a very conservative crowd. He made a reasoned call for party diversity and touted his landslide showings among Hispanic and Asian voters in his 2013 reelection race. But his true audience for the nomination was outside the hall in Des Moines. His real competition will be from candidates who didn’t show up at the Freedom Summit: Romney, Rubio, and Bush.

Mike Huckabee — The former Arkansas governor had the unenviable task of closing out a ten-hour day of speeches. He handled it with good humor, telling the depleted audience: “So glad you stayed. I’ve heard myself. I would not have stayed.” The former Fox TV host was a polished performer, eliciting cheers with his call for term limits on both Congress and federal judges. In his best line, he said roach hotels were where roaches trained to get ready for the K Street lobbying corridor in D.C. Huckabee’s problem in running again is that much of the team that propelled him to victory in Iowa in 2008 is not available or has drifted to other candidates. “It’s hard to bring the band back together again,” one GOP veteran of his 2008 effort told me. Huckabee will also have much more competition for the Evangelical vote this next time than he did eight years ago.

LOSERS
Sarah Palin — The former 2008 vice-presidential nominee told reporters last week that she was “seriously” considering running in 2016. But her meandering and often bizarre 33-minute speech in Des Moines proved she wasn’t. Sample line: “The man can only ride you when your back is bent, so strengthen it so America won’t get taken for a ride.” She will always be an entertaining speaker at conservative events, but she clearly lacks the discipline for a full-fledged campaign.

Rick Santorum — The winner of the Iowa caucuses in 2008, Santorum delivered a great speech, emphasizing that the GOP must recognize the dignity of work. But many of his old supporters are being tempted by new faces. Santorum thrives in the underdog position, though, and no candidate works harder than he does.

Donald Trump — His classic, brassy style won over some people in the audience, but it’s hard to believe that The Donald is really running for president. He created the impression, instead, that he might simply be afflicted with adult ADD. Some in the audience bristled when he declared that President Obama should be in jail for a shady housing deal he had concluded as a senator, and when he declared that half the immigrants who enter the U.S. illegally are really “criminals.”

Although they didn’t show, I would have to rate Mitt Romney, Jeb Bush, Bobby Jindal, and Rand Paul as very slight losers from this weekend. The Iowa Republican party demands that candidates show up early and often, and the pressure will now build for the four missing candidates to show up for the next mass candidate huddle. That is, unless Jeb and Mitt decide that the Iowa circus is too claustrophobic or conservative for them, and that they might as well skip Iowa the way that John McCain did in 2008. Everyone concedes that Iowa is the first stop in the 2016 nomination contest, but even some of the people in Des Moines this weekend conceded that the peculiarities of its August straw poll and low caucus turnout might lead some serious candidates to give it a pass.

“... but many in the audience harbored lingering doubts about his strategy in shutting down the government in 2013, when he was a first-year senator.”

Translation: The Author still harbors lingering doubts (likely worse) and uses “Many in the audience” to hid his judgement as part of the crowd.

John Fund is a head case.

All of the above would be better than Bush or Romney. It is time to get rid of the so-called establishment RINOs.

I’d be happy if the contest comes down to Walker vs. Cruz. They’d make a great ticket in either order.

Wow... an honest article about what REALLY happened!

6 posted on 01/26/2015 7:36:41 AM PST by TexasFreeper2009 (Obama lied .. the economy died.)
[ Post Reply | Private Reply | To 1 | View Replies]
To: Resettozero
Considering that John Fund's main job is with the Wall Street Journal, I find his analysis illuminating. Maybe, just maybe, it is starting to dawn on the GOPe that a rerun of Bush or Romney or the Pillsbury Doughboy just ain't gonna cut it.
7 posted on 01/26/2015 7:37:18 AM PST by Vigilanteman (Obama: Fake black man. Fake Messiah. Fake American. How many fakes can you fit in one Zer0?)
[ Post Reply | Private Reply | To 3 | View Replies]
To: SeekAndFind
...and when (Trump) declared that half the immigrants who enter the U.S. illegally are really “criminals.”

ALL immigrants who enter the U.S. illegally are crminals.

“I’d be happy if the contest comes down to Walker vs. Cruz. They’d make a great ticket in either order.”

Yep, i’m with ya, been thinking that for a while now.

They can’t handle the truth.

“... but many in the audience harbored lingering doubts about his strategy in shutting down the government in 2013, when he was a first-year senator.”


What, did he interview them?


I guess the polling is coming in and the Uniparty is panicked. Cruz got at least twice the applause Walker did.

12 posted on 01/26/2015 7:42:45 AM PST by txhurl (They claim conservatives aren't electable yet they disguise themselves as conservatives to win.)
[ Post Reply | Private Reply | To 2 | View Replies]
To: SeekAndFind
Some in the audience bristled when he declared that President Obama should be in jail for a shady housing deal he had concluded as a senator.

Then these people are Democrats, John. Who cares what they think? Trump was great - entertaining, tough, funny and right on target about the failures of government.

And what's with all of these shots being taken at Sarah Palin from the rear. The GOP would not be where it is today with out the work she did from 2008-2011, when she was fighting the Rats almost all alone.

Any Conservative politician or pundit who attacks Palin will be persona non grata as far as I'm concerned. 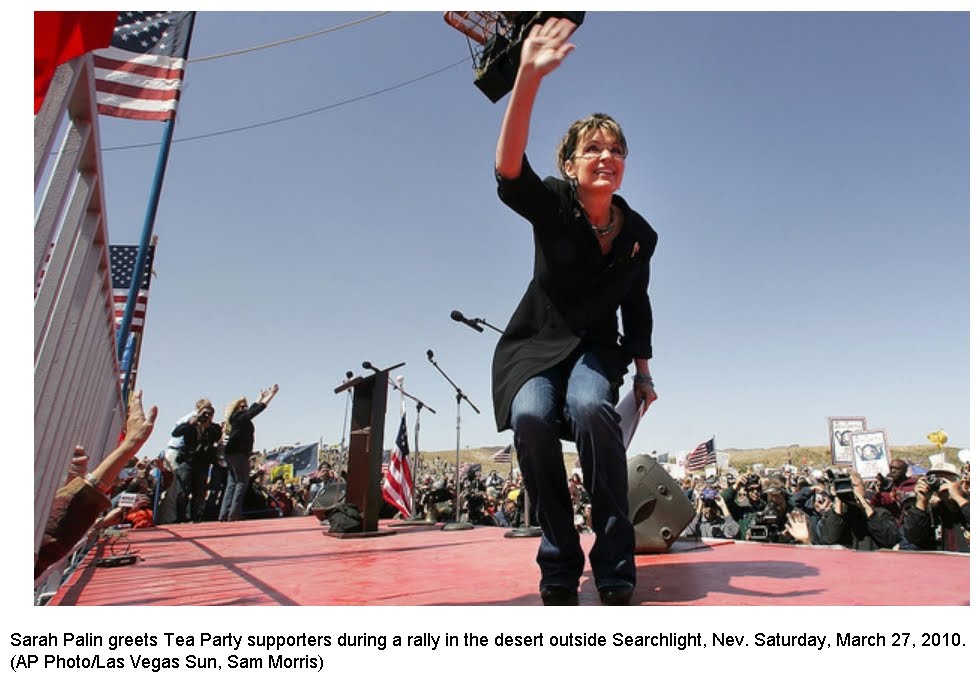 WALKER is the real deal. The guy runs silent and deep. But when it is time to surface and engage the enemy...he is a WINNER

Reagan was an outsider. He challenged the sitting Republican President in 1976. In 1980 he was challenged by George HW Bush, the establishment choice...and still won. He was never considered "next in line."

“The man can only ride you when your back is bent, so strengthen it so America won’t get taken for a ride.”

That’s the passage that all the Greek Chorus Liners cite when trying to tarnish her speech.

Yet it is not hard to understand or incoherent.

Fund says Trump was wrong. That is the Wall Street Journal talking. The Journal hates borders.