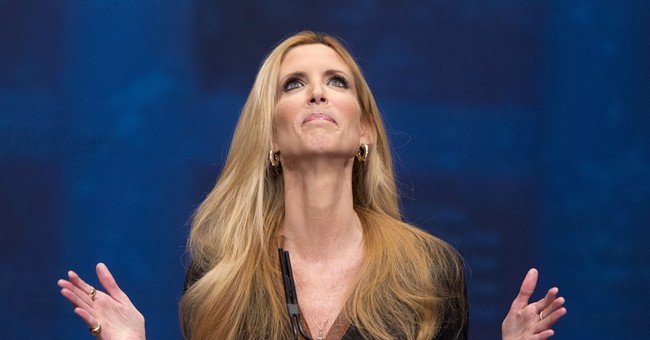 “Words mean nothing to liberals. They say whatever will help advance their cause at the moment, switch talking points in a heartbeat, and then act indignant if anyone uses the exact same argument they were using five minutes ago.” — Ann Coulter

“It isn’t so much that liberals are ignorant. It’s just that they know so many things that aren’t so.” -- Ronald Reagan

Liberals are the mirror image of everything they claim to hate. Their hypocrisy knows no bounds, their ability to unflinchingly examine their own beliefs is practically non-existent and they are almost incapable of objectively examining the policies they advocate. The more fully people become engulfed by liberalism, the more they embrace political correctness, groupthink, and close-mindedness until their thought process becomes little more than simplistic tribalism.

Seldom do liberals realize that they advocate positions that are just as morally repulsive as the grotesque positions they habitually (and usually incorrectly) attribute to people who disagree with them.

1) It’s just as bad to accuse people of Islamophobia for being concerned about radical Islam as it is to hate decent, patriotic, peaceful people because they happen to be Muslims. If you can’t acknowledge that there are Muslims who love America and just want to live a good life and there are also Muslims who murder, rape and enslave innocent people because they believe Islam endorses it, then it doesn’t matter which side of the fence you come down on; you don’t have a good grasp on reality.

2) It’s just as bad to support race-based groups like La Raza, MEChA, the New Black Panthers, the Nation of Islam and Al Sharpton’s National Action Network as it is to back the KKK, the Aryan Nation and the American Nazi Party. They may have different levels of societal acceptance, but they’re all race-based groups that are hostile to certain groups of people based on the color of their skin.

3) It’s just as bad to hate men, blame them for everything and accuse them of perpetuating rape culture as it is to hate women and view them as being good for nothing other than having sex, bringing you beer and making you sandwiches. Anyone, male or female, who holds members of the opposite sex in contempt has deep-seated issues that need to be worked through with a psychologist.

4) It’s just as bad to idolize Communists like Mao, Castro, and Che Guevara as it is to idolize Nazis like Adolph Hitler, Heinrich Himmler, and Hermann Goering. They’re both similar ideologies, they both killed tens of millions, and whether an innocent person was sent to his death by a mass murderer like Stalin or a mass murderer like Adolf Eichmann, he’s still dead.

5) It’s just as bad to hate gay Americans for being gay as it is to try to force Christians to unwillingly participate in gay weddings. Just as holding a sign up in front of a gay man’s funeral is an act of hatred, trying to force someone to bake a cake or take pictures at a wedding that goes against his religious beliefs is also an act of hatred.

6) It’s just as bad to support kangaroo courts in colleges that make it easy for men to be falsely accused of rape as it is to be someone who accuses rape victims of having “brought it on themselves” by wearing short skirts. Either way, you’re blaming the victim and making it easier for innocent people to be victimized by the scum of the earth.

7) It just as bad to hate children and wish ill on them as it is to run the deficit up into the stratosphere. In fact, the person who detests children may be BETTER than the profligate spender because he may at least avoid them, while those who advocate massive spending increases “for the children” are putting our nation’s children in a financial hole so big that it may swallow their entire future.

I have become especially attuned to the use of projection or “gaslighting” by people. Most often it is by liberals or “big L” libertarians. A dead giveaway in ordinary conversation is when you ask a question like, picking one randomly popping into my head, “What is the national debt under Obama?” and they “answer” by initially repeating that very same question back... and then somehow blame conservatives or change the subject.

Liberals love to destroy historical American figures like the Founding Fathers by pointing out their foibles yet replace them with their clay-footed cultural heroes as though they were saints beyond reproach - completely ignoring reality (Harvey Milk, Cesar Chavez, Michael Brown, Mathew Sheppard, Trayvon Martin).

Funny, I can't think of any.

Love this tidbit from the article. It is so true:

One of the first times I really caught on to that was early in 2008 when Obama was running for president. He was posed a question:

"Mr. Obama, the budget deficit has become far too big under President Bush. What concrete steps would you take a president to reduce the budget?"

"You are correct. The budget deficit has become too big. I would do three things: I would invest in roads and bridges, invest in schools, and invest in green technology."

Huh?? But I guess it sounds super awesome if you're not paying any attention.

Uh, how about worse than? They preach tolerance and justice and equality but only if it’s directed at them. Still, I find myself driving the wrong way up the one way street named PC Boulevard. Like the food equality czar says, “No justice, no peas!”

I blame it all on the hopium.

The people liberals hate are not bad. Liberals are worse than this article makes them out to be.

This is very poorly written. #5 and #7 have a different order of presentation from the rest... and all of them are written in such a way as to be confusing, especially given the title, which leads the reader to expect that 7 erroneous liberal ideas are going to be listed.

The author’s heart and principles are in the right place... just should have been a different author.

I love the Coulter quote about how liberals can change opinions on a dime. We’ve always been at war with eastasia.

Orwell is the greatest genius of modern times.

A simple way of putting it is that for liberals, their “core values” are the seven deadly sins. Add a large dollop of neuroses, stir up with racism, add a twist of bitters (bitter hatreds) and a shot of jackass, light the mix and you have a “flaming jackass,” that you try to force everyone else to drink.

They want you dead. They've only been telling us since the 1960's.

12 posted on 01/10/2015 7:45:01 AM PST by Old Sarge (Its the Sixties all over again, but with crappy music...)
[ Post Reply | Private Reply | To 9 | View Replies]
To: Rodamala
“Words mean nothing to liberals. They say whatever will help advance their cause at the moment, switch talking points in a heartbeat, and then act indignant if anyone uses the exact same argument they were using five minutes ago.” — Ann Coulter

The modus of this line of discussion & reasoning will have no traction with liberals because there is something underneath what you are pointing out.

The only religion liberals have is the religion of refusing to say or think that any one thing is better than any other. “Discernment” is one partially accurate adjective.

Once this religion becomes the de facto governing mode of thinking, if and when one thing is perceived to be better than another, there can be be no other reason than the so-called better thing achieved its betterness by cheating the so-called lesser thing. And the longer the phenomenon of perceived “betterness” persists, the worse the cheating must have been.

It is by refusing to think that one thing is or can be better than another that “terrorists” cannot and must not be distinguished from “freedom fighters”. Or “evangenicals” from “islamic fanatics”.

If you haven’t seen them, I reco the two videos with Evan Sayet at evansayet.com 2/3rds down the page. I think he explains this the best.

You support the CRomnibus and congressional spending ...why do you hate children?"

Unicorns? Maybe they exist but I haven't seen one. Just saying.