AUGUSTA — Gov. Paul Le-Page’s administration is firing back at the federal government over its policy of putting welfare recipients’ photos on the cards used to access food stamps, which federal officials have warned could cause Maine to lose some program funding.

In a Dec. 18 letter to the Food and Nutrition Service obtained by The Associated Press, Department of Health and Human Services Commissioner Mary Mayhew responded to several concerns raised by the agency last month and blasted officials for consistently putting up “roadblocks and barriers” in the state’s effort to prevent fraud and abuse.

The more people dependent of government largess to survive the more democrat votes.

Food stamp (EBT cards) users I see in grocery store can not speak good English, are usually fat, and have over loaded carts.

Always the fattest people in the store are the ones with an ebt card. 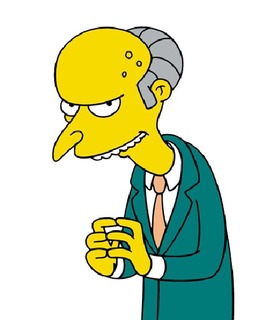 Cloward/Piven in action.......overload the system until it collapses, then re-make it as the Leftists want.

Dead voters still vote. Shouldn’t they also be able to get an EBT card?

“It also said that Maine’s policy could have a “chilling effect” on parents applying for benefits for their eligible children, and demanded that the state stop requiring face-to-face interviews for recipients who have opted out of the photo program.”

Two takeaways from this. 1. Fraud and abuse is baked in, obviously. 2. It’s chilling and scary to be interviewed or photographed for this program, but it’s a no brainer to get a picture for your drivers license. Who is in charge of this program anyway?

“Food stamp (EBT cards) users I see in grocery store can not speak good English, are usually fat, and have over loaded carts.”

Don’t forget the new cars they drive. It’s that tax credit money they get for little Juan and Juanita.

Promoting “fraud and abuse” is an intermediate goals of the program.

put the whole damn family on the cards maybe the embarrassment of that will stop them from freeloading on my dime. If the government is threaten them with cutting funds all the more good that many less getting cards. Win win.

I’m surprised people in ME reelected Governor LePage, but he could not have won without a family feud among the majority liberals there.

The entire move from paper food stamps to EBT cards was to spare recipients the embarrassment of being on food stamps.

Make them feel like they are using a credit card or debit card. Improve self-esteem.

Same argument against the photo.

When you remove shame from the system, you encourage more abuse. When there is as much rampant fraud as there is in the EBT system (every drug dealer on every corner takes EBT Cards) that something as simple as a picture as is required for every driver’s license, would go a long way to eliminating fraud.

With the left and the right spying on us the way they do... your photo on government ID/authorization card, like an EBT card, is not a problem.

That little “remaking” part could be a problem

Blatantly obvious that the feds

fraud and abuse of the foodstamp program.