"Whitewater" is a term that younger Americans probably don’t remember. And Hillary Clinton was counting on it staying that way.

But for watchers of the Clinton White House, it was a property investment scandal dating back to the first days of Bill’s first term in office. And now, it’s back and setting former Secretary of State Hillary Clinton’s White House dreams on fire.

The Clinton library is going to be releasing documents, which include the once sealed Whitewater files. They will be included in a new book by Robert Fiske, the former U.S. attorney who was the first independent counsel in charge of the Whitewater investigation, who is ready to blow the lid off of the Clinton’s shady financial dealings which led them on the path to their extraordinary wealth.

Fiske rightly holds a grudge, because he was so tough on the Clintons that they found a way to wrongly accuse him of a coverup. He was subsequently replaced by Kenneth Starr, who is now the Dean of Pepperdine’s law school.

Watch (above) as Fiske is interviewed by investigative reporter Michael Isikoff (political observers will note Isikoff is also an expert at Clinton scandals, and had the story about Bill’s affairs with Monica Lewinsky months before conservative internet icon Matt Drudge had it… But his liberal editors spiked the story.)

I can't see the Clintons letting that happen. I wonder if they have the power to stope it. Anyhow, the old hag needs to just retire, go home a be a grouchy old grandma.

I thought we were all supposed to have “moved on”...

Whether Liz Warren is behind it or not, I don’t know. But, Hillary shouldn’t worry. The Prophet, Warren Buffet, has already announced to the world that Hillary would be the next President.

The CLINTON library... are we somehow supposed to think these haven't been thoroughly scrubbed for even the most miniscule morsel of criticism of Her Shrewness?

This is why politicians always claim we need to look forward not backward.

We don’t need nor want another Clinton, nor another Bush for that matter in the White House. We don’t need royalty or royal families. We need honest competent politicians that get in and serve, and then leave government and lobbying forever so that fresh ideas will prevail.

Whitewater was just a political gig. Benghazi is/was not doing her job and lying, lying, lying.

8 posted on 10/10/2014 10:01:05 AM PDT by Sacajaweau
[ Post Reply | Private Reply | To 3 | View Replies]
To: Din Maker
Me thinks that the Clinton's do have the authority to stop this as it is their library - this will be a document dump so that come primary time, they can say this is old news, that's been reviewed by a special prosecutor, etc, etc.

Plus - they know how the MSM will position any negative to come from it - they have nothing to worry about and this article is just trying to build up the hype of high expectations - only to later denigrate those who thought there was something here.

Whitewater? Go back to Watergate!

From Bill Clinton’s Memoir My Life: describing his life in New Haven:1970-72

“In addition to my classwork I had two jobs. Even with a scholarship and two different student loans, I needed the money. I worked a few hours a week for Ben Moss, a local lawyer, doing legal research and running errands. The research got old after a while, but the errands were interesting. One day I had to deliver some papers to an address in an inner-city high-rise. As I was climbing the stairs to the third or fourth floor, I passed a man in the stairwell with a glazed look in his eyes and a hypodermic needle and syringe hanging from his arm. He had just shot himself full of heroin. I delivered the papers and got out of there as quickly as I could.

My other job was less hazardous but more interesting. I taught criminal law to undergraduates in a law-enforcement program at the University of New Haven. My position was funded under the Federal Law Enforcement Assistance program, which had just started under Nixon. The classes were designed to produce more professional law officers who could make arrests, searches, and seizures in a constitutional manner. I often had to prepare my lectures late in the evening before the day I delivered them. To stay awake, I did a lot of my work at the Elm Street Diner, about a block away from our house. It was open all night, had great coffee and fruit pie, and was full of characters from New Havens night life. Tony, a Greek immigrant whose uncle owned the place, ran the diner at night. He gave me endless free refills of coffee as I toiled away.

The street outside the diner was the border dividing the territory of two groups of streetwalking prostitutes. From time to time the police took them away, but they were always quickly back at work. The streetwalkers often came into the diner to get coffee and warm up. When they found out I was in law school, several would plop down in my booth in search of free legal advice. I did my best, but none took the best advice: get another job....”

This if from Watergate bug eavesdropper Alfred Baldwin relating his Watergate era story on The Education Forum: 2005:

.[ Between 1966 and 1972 I worked as the Director of Security for a multi-state trucking firm. I left this position to work for a retired Naval Admiral who was creating a college degree program for law enforcement personnel who desired a college degree in the police administration and law enforcement field. I was hired as his assistant with the task of hiring adjunct professors as well as teaching law related subjects. The college was the University of New Haven located in New Haven. Yes, there are other colleges/universities other than Yale located in New Haven.”]
http://educationforum.ipbhost.com/index.php?showtopic=5670

Callgirl Theory of Watergate starting point. The connections between Clinton and so many figures involved in Watergate are massive.

Interesting coincidence. In November 1971, when John Dean sent Caulfield and Ulasziwicz to scope the Watergate office building, the Young Democrats of America was holding its bi-annual meeting in Hot Springs, Arkansas. There is plenty more to this.

Statute of limitations, what does it matter at this particular point in time anyhow....

...get back to working on behalf of women and children...

I’d like to say I have a lot of respect for Fiske and Starr.

I have contempt for them both.

Starr in particular basically covered up the murder of Vince Foster.

The Foster/Parks connection seeming sailed right over his head. The investigative papers Parks had developed at the request of Foster, was a big deal to Mrs. Clinton. Parks was murdered at an intersection just south of Little Rock. When Foster heard of it, he said, “I am a dead man.”

Ken should be sitting at home unemployed reflecting on his treachery. And I have to term it that.

13 posted on 10/10/2014 10:09:35 AM PDT by DoughtyOne (Obama and the Left are maggots feeding off the flesh of the United States.)
[ Post Reply | Private Reply | To 1 | View Replies]
To: Din Maker
Whitewater, Ron Brown, Vince Foster, bimbo eruptions, of Bill Clinton's management of the Interim Haiti Recovery Commission (IHRC), Benghazi..... 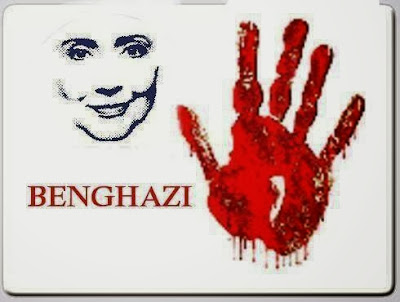 This nation just doesn't need more of the same vile politics from this woman or any politician for that matter as crooked as our government has become....always has been....enough!

The dems are tring to get rid of Hillary Clinton so they can run the female Obama: Elizabeth Warren.

People died in the Whitewater scandal and coverup too. Remember Vince Foster?

Don’t forget Hillary’s involvement in Watergate. She was in deeper than he was, actually working on the legal end opposing Nixon.

17 posted on 10/10/2014 10:13:55 AM PDT by DoughtyOne (Obama and the Left are maggots feeding off the flesh of the United States.)
[ Post Reply | Private Reply | To 10 | View Replies]
To: Gay State Conservative
Ten bucks says that it's Princess Liawatha (Lizzie Warren) who's behind this!

And who is it that is rumored to be backing her?

Bill will not be happy.

This should be fun.

Yep, you’ve nailed it. This is vintage Clinton. They reveal their own dirt so get it on the record so they can claim prior vetting with no legal infractions found.

You are exactly right here.

You’re correct. If Benghazi doesn’t bring the witch down, nothing will. And, sad to say, it looks like Benghazi is becoming quickly forgotten. Hopefully, if she is the Dem nominee, it will resurface and do some damage to her WH prospects. But, that 47 percent of Welfare Queens, gays, baby killers and the proponents for same/sex marriage and illegals will vote DemocRAT no matter what. They don’t give a crap about Benghazi.