The House Intelligence Committee, led by Republicans, has concluded that there was no deliberate wrongdoing by the Obama administration in the 2012 attack on the U.S. Consulate in Benghazi, Libya, that killed Ambassador Chris Stevens and three other Americans, said Rep. Mike Thompson of St. Helena, the second-ranking Democrat on the committee.

The panel voted Thursday to declassify the report, the result of two years of investigation by the committee. U.S. intelligence agencies will have to approve making the report public.

Thompson said the report “confirms that no one was deliberately misled, no military assets were withheld and no stand-down order (to U.S. forces) was given.” … 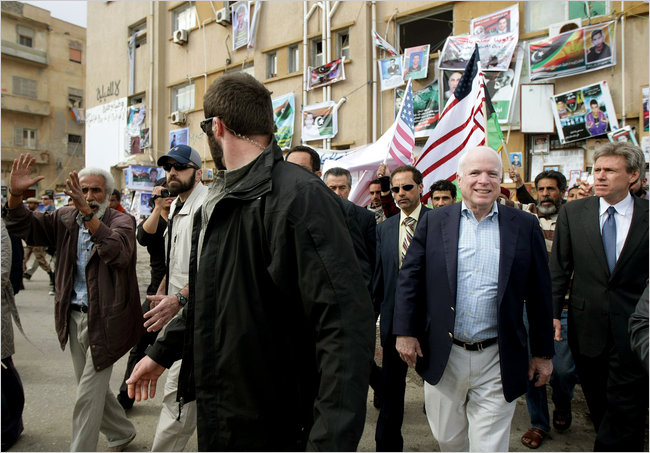 You are correct. I was thinking about things that would benefit the Republic such as Conservative Judges and jailing the Clinton Cartel criminals.

Interesting. Well, gotta let the libs know what when I see ’em.

Perhaps an attempt to shoot down Trey Gowdy before he even gets started?

Oh. Those. Few and far between I’m afraid.

Consider the possibility that the threat of release of the evidence the alphabet agencies have on the commiecrats is all that's preventing them from really running amok.

The simple fact is congress has been compromised by the NSA, ergo, the Chicago Machine. There is no other explanation.

I think it was Ross Perot who said “Surely we can find 535 honest men and women to serve in congress.” Whoever said it was wrong. We’ve elected “dirty” candidates who want to stay in their cushiony jobs.

What the rinos just did was take Benghazi off the table for Hillary.

I will never vote for another republican. I’d just as soon let the democrats have it all and the republican party go extinct. The sooner they destroy the country, the sooner it MIGHT be possible to rebuild.

No, there’s another explanation—to wit that the GOP-e has always been like this.

Those are the kind of people that end up as cannon fodder, indeed. But they stir up a lot of trouble beforehand.

So do we need to vote Dem? We will only have 2 choices,IMHO..

I know. Do we believe Candy Crawley now too? There’s more to this than meets the eye. We know there are liars in the press like never before. This is an intel report. Gowdy is just getting started.

I’m saying instead of blindly punching that slot, take a look at the candidate and his record. Look at what he/she has said or done with respect to Amnesty vs. enforcing current laws. Look at who they voted with, don’t depend on so-called conservative ratings. What is your gut feel on their appeasability rating? i.e., will they fold like a cheap suit at the first confrontation with RINOs and DEMs?

As far as I’m concerned, this illegal infestation problem and the likelihood of them becoming legal in some shape, form or fashion is what will definitely destroy this country as we know it. To me it is the bellwether of survival.

Your post reminded me of another ‘benefit’ of the Bush years - Chief Justice John Roberts, to whom we can personally thank for the legitimization of Obamacare. A biggie in my opinion.

Bullsh!t. This administration deliberately ignored the threat to Americans, so as not to annoy its TRUE buddies, the jihadis.

138 posted on 08/03/2014 7:09:29 AM PDT by I want the USA back (Media: completely irresponsible. Complicit in the destruction of this country.)
[ Post Reply | Private Reply | To 1 | View Replies]
To: Kit cat; All
For all of you experiencing despair and a feeling of hopelessness and that We the People have lost this country PLS READ MY POST.

1. Sit down, relax and acknowledge your feelings of despair and hopelessness.

3. Then take another look at the problem. What would be the approach that military Generals would take in forming a strategy to win a battle? And remember great Generals like George Washington, who fought a four year battle, often suffered from despair and doubt during the course of the Revolutionary War. But, he pushed forward each day, fought each new battle, until he WON the war.

Granted, we don't have a designated leader/General to lead the charge or devise a plan of action. Personally, I do follow the postings & actions taken by our repub/CONSERVATIVES such as the outstanding Sen.Ted Cruz, Sen. Jeff Sessions, Sen. Mike Lee. And I listen daily to Mark Levin and Rush Limbaugh. You always learn something new of value from these two men.

Also realize that the status of each assault against We the People changes very quickly. This is war, and the climate of a war changes at almost any moment, and we have to be prepared to be flexible and not be rendered immobile by dwelling on feelings of despair & hopelessness. So, we have to pick ourrselves up, brush ourselves off and continue to work at a solution..we must not become part of the problem by dwelling on dismay and despair for any length of time. And say a prayer for guidance, strength & courage to stay the course and win this war. Isn't working toward winning back this great country, our Constitution, liberty and freedom WORTH THE EFFORT?

Obama abandoned his duty station and slinked off to be unavailable so he could not be blamed for anything. That behavior brings court martials, or appropriate censure, unless your name is Obama or Bergdahl, apparently.