Paid for by the tax payers.

did they also factor in all the gas/fuel used in the production/transportation of said corn??? i think not

Since the feds financed the study, I’m surprised that it didn’t come to the “right” conclusion - cellulosic fuels are wonderful, even better than unicorn poop. 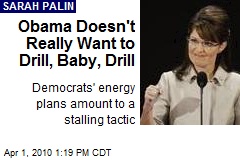 This is a shot across the bow to farmers... cough up more cash for the upcoming election or your fortunes sink...

Reid will wait til he finds who ‘gives’ more to democrats.

plus it wrecks the engine

10 posted on 04/20/2014 10:41:55 AM PDT by taxcontrol
[ Post Reply | Private Reply | To 1 | View Replies]
To: NormsRevenge
Heck, oil and gas probably have less environmental impact today than horse-and-buggies did a hundred years ago. I kid you not. The amount of farmland to grow the food for the horses was vast, and that was 100 years ago.

A lot of that farmland has gone over into forests now, which constitute a carbon SINK, i.e, absorbs atmospheric CO2. So much so, that the air coming over CA has more CO2 in it than when it gets to the east coast by the prevailing winds.

In 30 years, the continental US will have as much forest as when the Puritans landed, if we don't abandon oil and gas for some crazy greenie scheme..

Study results for which just about anybody with half an ounce of intelligence would say “well duh...”

bump for my long time tagline.

Biofuels made from the leftovers of harvested corn plants are worse than gasoline for global warming in the short term,


Notice the test or standard is global warming.


One thing to think about is that gasohol began when we had an abundance or cheap corn and needed to find a solution to that problem. The other goal was reaching energy independence, at lease those were the selling points, not global warming.

The real thinker in that is that at one time there was a good govt program called the reserve in which a years supply was held. Now if we don’t use the last old crop bushel the day before the first new crop comes in, we screwed up. Does anyone see a problem here?

Robust American energy is the key to a safer world.

Even if we wouldn't have stopped Russian Production by one drop. We would be in a much stronger position, both Politically and Economically.

But this is what happens when you have someone who hates a country leading it.

Oh Well, the Media Tells me Palin is stupid and I have my EBT to get my Lucky Charms. So what do I care that we don't have enough Natural Gas Processing Facilities?

There is no Greenhouse Warming. Period!

1. The greenhouse signature is missing. We have been looking and measuring for years, and cannot find it.

Each possible cause of global warming has a different pattern of where in the planet the warming occurs first and the most. The signature of an increased greenhouse effect is a hot spot about 10km up in the atmosphere over the tropics. We have been measuring the atmosphere for decades using radiosondes: weather balloons with thermometers that radio back the temperature as the balloon ascends through the atmosphere. They show no hot spot. Whatsoever.

If there is no hot spot then an increased greenhouse effect is not the cause of global warming. So we know for sure that carbon emissions are not a significant cause of the global warming. If we had found the greenhouse signature then I would be an alarmist again.

I thought the science was settled?

The oil companies are quietly putting their research dollars behind algae based biodiesel, for a litany of very good reasons.

To start with, diesel gives the best immediate returns, because there are a huge number of diesel engines out there which need minimal upgrade to run biodiesel.

Second, algae is profitable even before it produces its first biodiesel, because it *consumes* otherwise expensive to dispose of waste gases, CO2 and nitrous oxides. So you solve two problems at once.

Some algae are 50% vegetable oil, by weight, and it is not particularly hard to process this oil. You add ethanol, and lye as a catalyst, then strain. Finally you add 1% petroleum diesel as a preservative.

It doesn’t even need fresh water. Gray water is fine, and it can be filtered and reused.

I’ve always pointed out that irritation pumps run on natural gas or diesel. Farm machines run on diesel, trucks to haul the product turns on diesel and the processes to cook down the corn use energy of some kind. The refineries use extra energy to blend the ethanol into the gasoline. Then you are left with a less btu dense fuel.

Nothing rational or scientific about this debacle. Engines are more expensive and don’t last as long. Oh well. At least berkshire hathoway is always a winner.