President Obama is backtracking from his campaign promise that “I don’t think now is the time” for another round of military base closures across the country.

Defense Secretary Chuck Hagel on Wednesday presented the $526 billion defense budget request for fiscal 2014, which explicitly calls for shutting down facilities in a process called Base Realignment and Closure Commission (BRAC).

“BRAC is the only effective means of achieving infrastructure consolidation,” the Pentagon said. “This BRAC round adds $2.4 billion to costs in the next five years but would eventually save substantial sums. The actual closing of bases would involve a multiyear process that would not start until 2016, after the economy is projected to have more fully recovered.”

During the campaign, Mr. Obama sang a different tune as he campaigned in the swing state of Virginia, with its array of Navy, Air Force and Army bases that employ thousands.

“Do you support another BRAC closing bases, possibly hurting Hampton Roads?” Mr. Obama was asked on July 15 in a radio interview.

TOPICS: Crime/Corruption; Foreign Affairs; News/Current Events
KEYWORDS: baseclosure; bases; brac; defensebudget; military; obama; obamalies
That was then when campaigning, this is now after being elected. 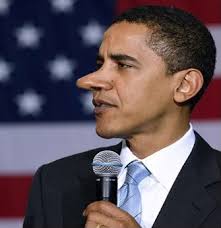 Renege?? Did he just say renege?

Dats racis. And besides - Didn’t we just do that last November???

I don’t remember for sure if there were any closures in 2012, don’t think there were but Panetta was calling for more.

All his life he’s enjoyed to bend over and spread ‘em for all and sundry - now he does it for those sexy sheikhs and other ‘hot’ world leaders, and doesn’t want a strong Defense Department to interfere.

Obama’s pals at Goldman Sachs can buy up all the empty homes for 30 cents on the dollar. Justice is served.

Yes, and what is key is that there’s nothing in the constitution about not using such a domestic force to assault the American people.

We already knew he was a liar, so what's new on that?

However, we can't keep being the world's police force, and we most certainly do not need to have military bases with troops on the ground in more than 150 places outside of the USA any more! Plus, we have military bases in the USA that we don't need, can't afford, and that do not provide any measurable increase in our deterrence or national defense capability.

Printing money to pay for defense that we don't need is just plain foolish. Over the longer term, regaining financial stability and responsibility as a country will be more important to our national security than keeping unneeded military bases for political purposes.

Back to Obama: even a blind squirrel finds an acorn now and then.